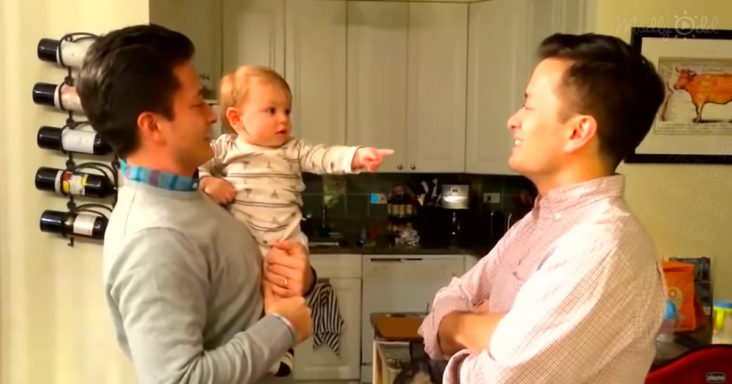 Have you ever wondered what it would be like if one of your parents had an identical twin? This baby is going viral because he can’t tell his dad apart from his uncle, who are identical twins.

Baby Reed is passed back and forth between his dad, Stephen, and his uncle, Michael, and is obviously very confused by the whole situation as any toddler would be.

Even when Michael takes off his glasses to help baby Reed make a distinction between them, the baby still points to Michael and says, “Dada.” 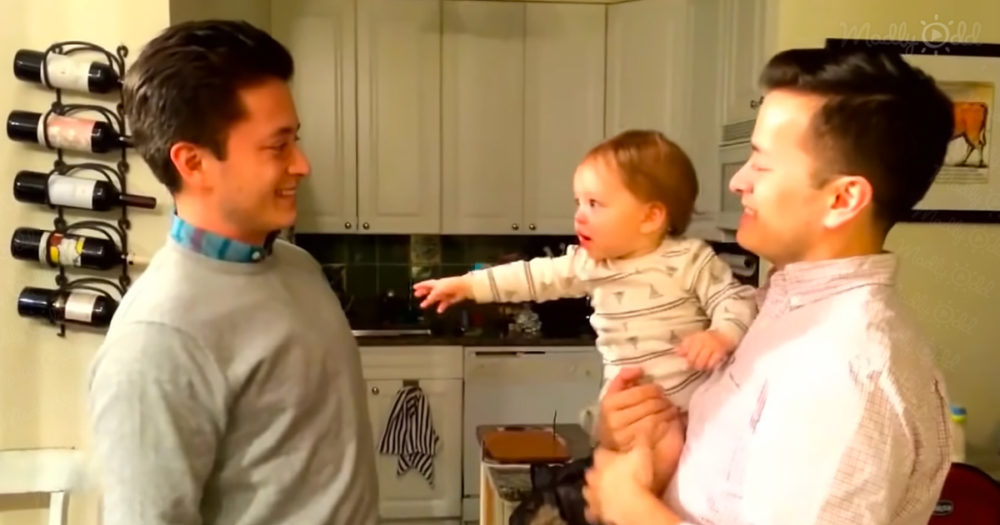 And that is what makes this video so adorable. Baby Reed always says “Dada” and points to the twin that is not holding him. Even when his father, Stephen, is holding him, he still points to Michael!

Meanwhile, the dog in the background seems to be rolling its eyes in exasperation as this charade unfolds in front of it. “How can this little human not tell the difference between them? Doesn’t he have a nose?”

Some viewers even wonder if the baby will grow up confused about the identity of his father, what with these twins looking so identical to each other even in their styles.