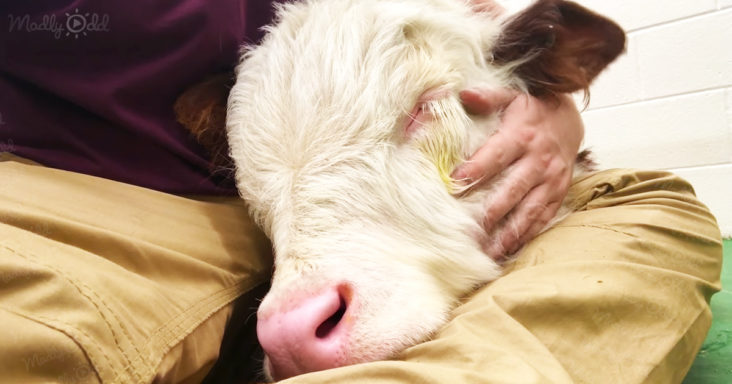 Cows are always seen as farm animals who love to stay in areas where the grass is abundant. That’s why some cows are not considered pets but simply part of their livestock.

However, that’s not always the case since there are times that cows can also be just like dogs and cats who seek attention and love from their owners. They might not usually show it to you, but they totally love it when they see how you care.

This one calf is a good example. You can see how he soundly sleeps on his owner’s lap, indicating that he trusts him so much.

Aside from that, you can also hear him snoring softly like a child sleeping in a comfortable room. 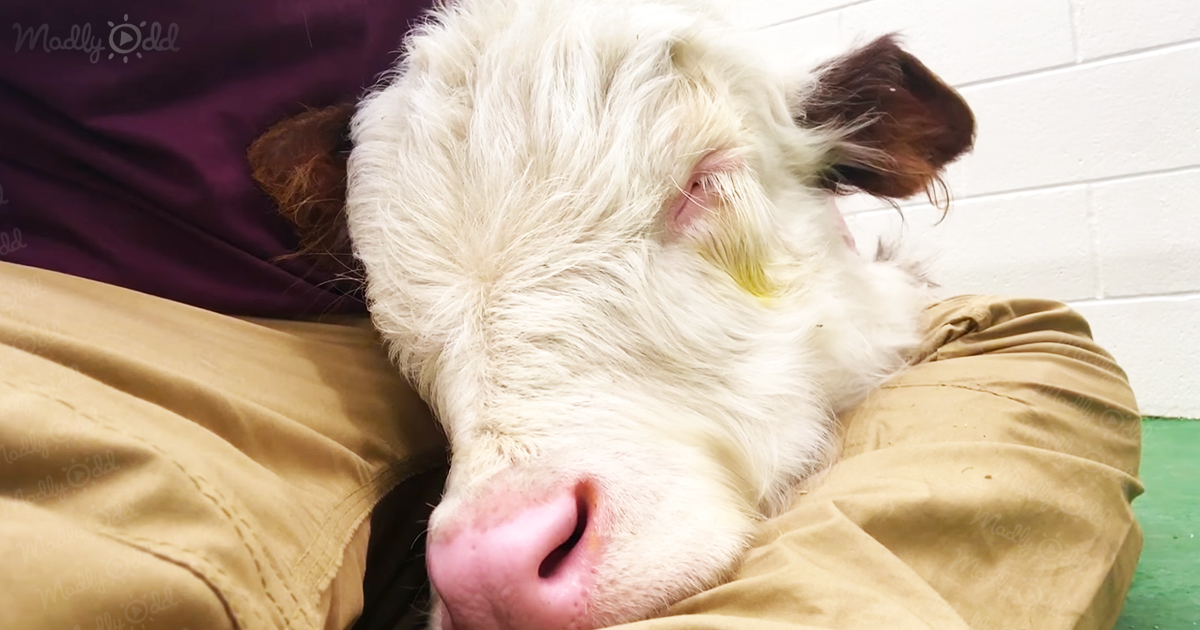 They are actually waiting for the veterinarian to arrive to check the young calf’s condition since he was a rescued calf who surrendered to a shelter because of multiple illnesses.

Under the care of the sanctuary, Mike has been able to recover from some of his illnesses, like removing his cataracts. Now he can clearly see the beautiful grass around him.

Thankfully, groups of people consider all animals as equal and give them the same treatment as to how they treated domesticated pets. Now Mike can live happily in his new home.