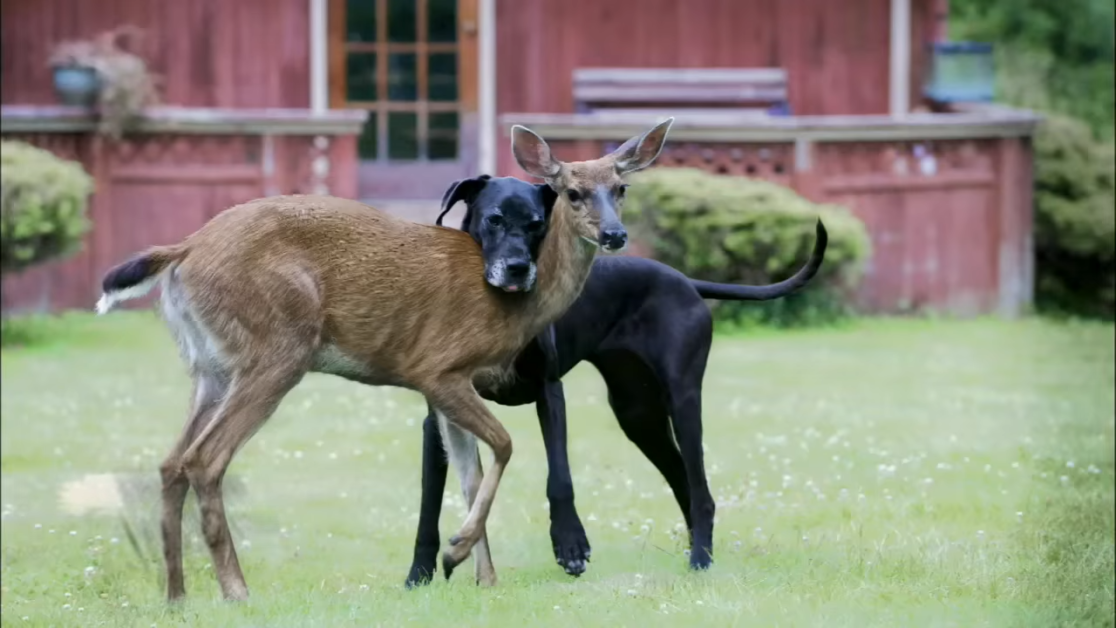 It’s true that friendship knows no bounds. Here we have two different kinds of animals from very different backgrounds: One is domesticated the other is “wild.” Here they are getting along, best friends, enjoying each others company. If only humankind could do the same.

The beautiful relationship between the animals in the video below proves that fact. Their bond is unlike anything I have ever witnessed before. The Great Dane is named Kate, and the adorable baby fawn is called Pippin. Pippin was abandoned by her mother, and that’s when Kate stepped in and adopted her. They soon became the best of friends. 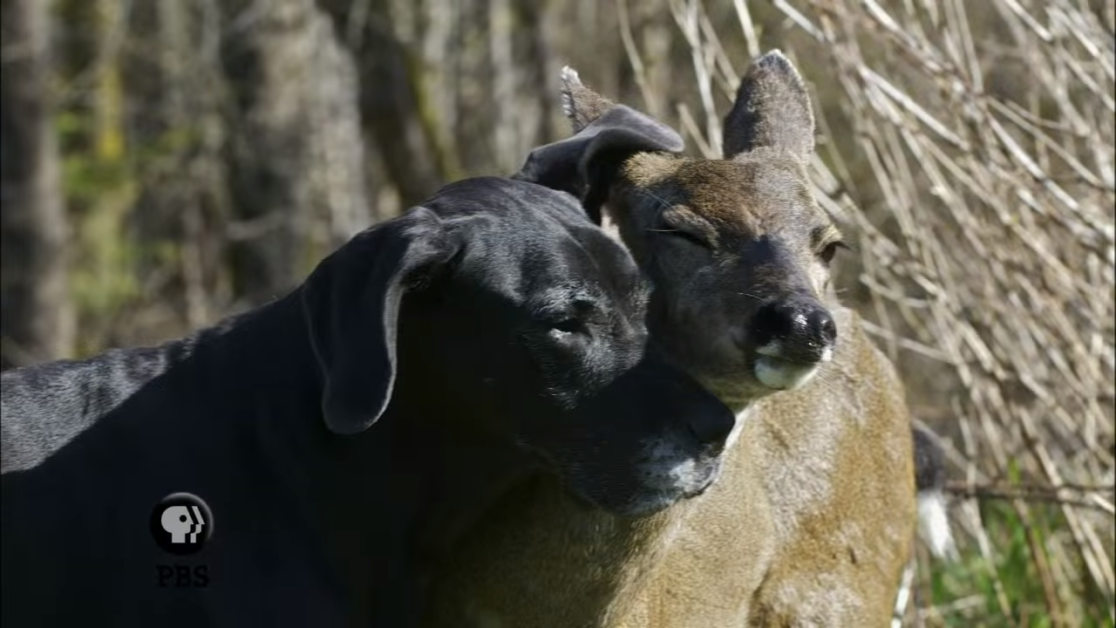 Kate’s owner Isobel Springett describes the uniqueness of their relationship: “When they greet each other, I’ve never seen anything like it. It’s not a deer greeting a deer. It’s not a dog greeting a dog. It’s something that they have between the two of them.”

They may look like an odd pair, but they share something beautiful for sure. You are going to melt when you see them run around chasing each other and then nuzzling next to each other side by side.

Isobel is taking pictures of the two friends in this clip, and they are certainly putting on a show for her. What a great friendship!

Little Pippin Pippin trailed Kate until returning to the wild months later. “But every morning she still shows up, tail wagging, looking for Kate and a bottle.” The bond continued, even when Pippin didn’t need mothering. Now Pippin gets the best of both worlds as she gets to live in the forest as God intended, plus she can visit her dog friend anytime she wants.

Years on, she now visits with her fawns. Pippin’s wild offspring keep a distance, but not Pippin. “They still love to rub noses,” says Springett of the deer and her dog, now 11. “There’s a strong connection, but they have no idea it’s a weird one.”

Watch the video below and let us know what you thought about their incredible bond in the comments section below. We would love to hear from you — and see what others have to say about this fantastic duo. Share their story, too.