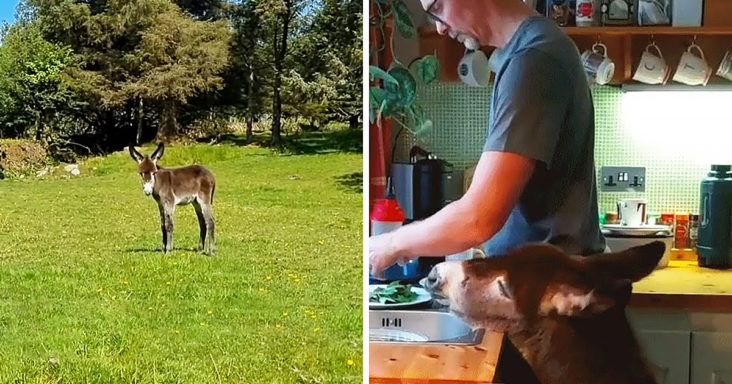 Many donkeys in Ireland are unwanted and usually end up in dog foods. Torsten Islei and his partner Chris lived in a house that had a massive garden in the countryside. So, the duo started to rescue these innocent animals. 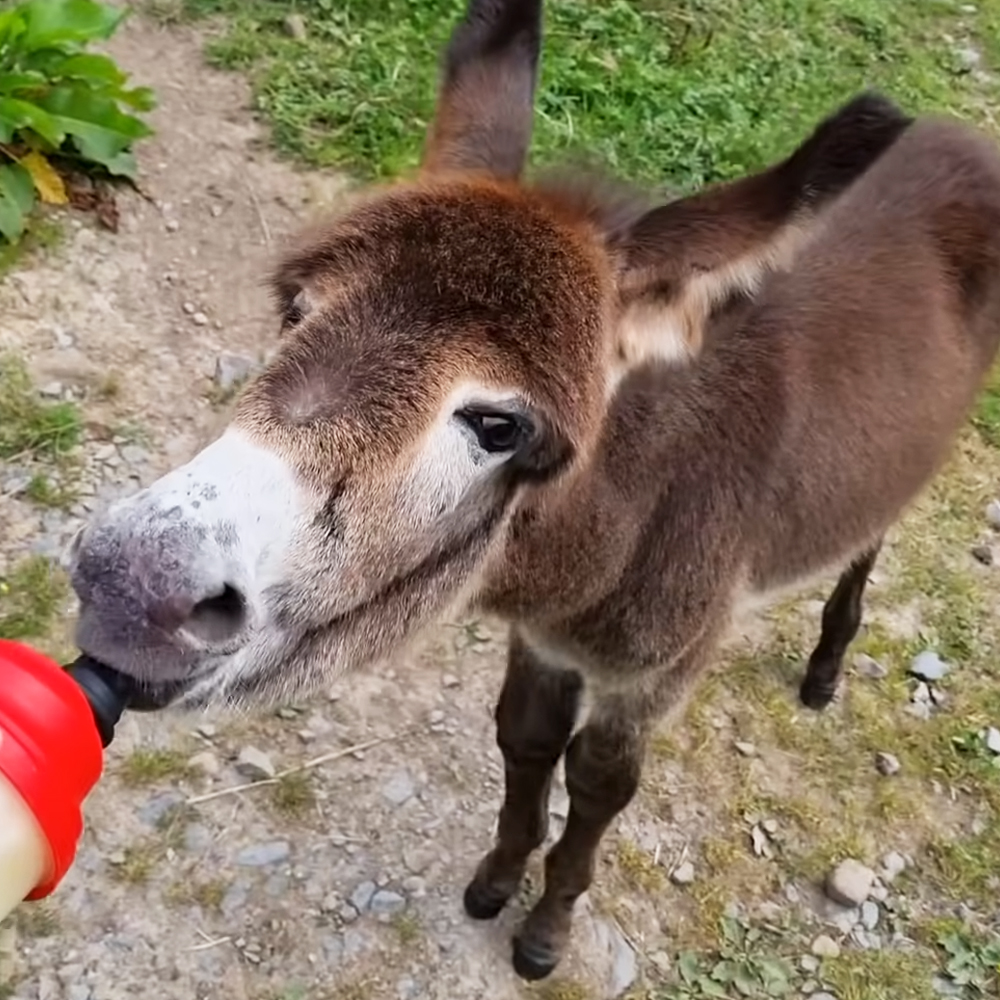 People started to drop their unwanted donkeys outside their house. Darragh, one of the donkeys living in the rescue center, was born after a male could not undergo procedures in time due to complications.

The rescuer feared that his mom, Agnes, had carried him over the term and might reject him. It, actually, did happen and was heartbreaking. Then, finally, the baby donkey’s mother just bluntly dismissed him. 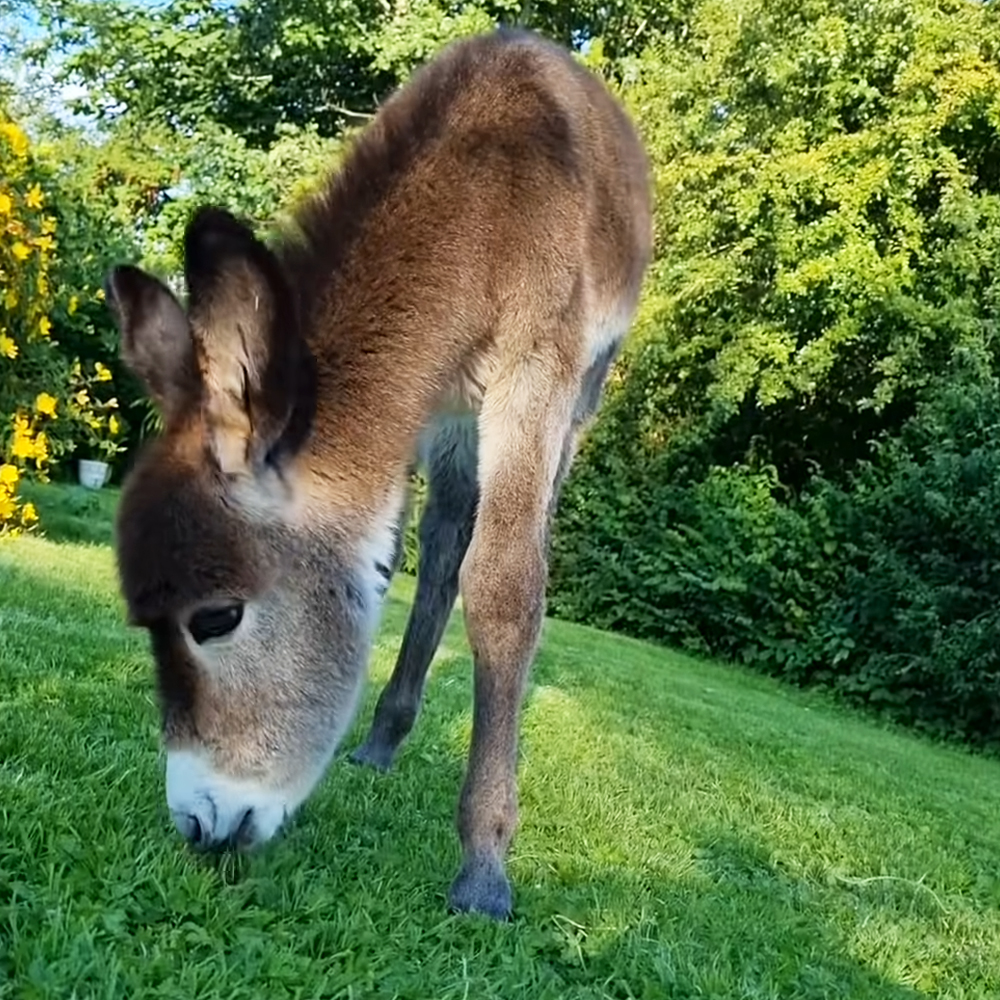 This was when the rescuers jumped in. Torsten had him inside the house as if he was a human baby. Darragh would follow his dad everywhere. Donkeys are usually hungry every three hours.

Whenever donkeys are hungry, they scream and need to be fed. So that turned out to be a 24/7 job for months for Torsten and Chris. The baby donkey grew up fast. When he was born, he weighed 15 kilos or 30 pounds. Now Darragh was 65 kilos or 130 pounds. 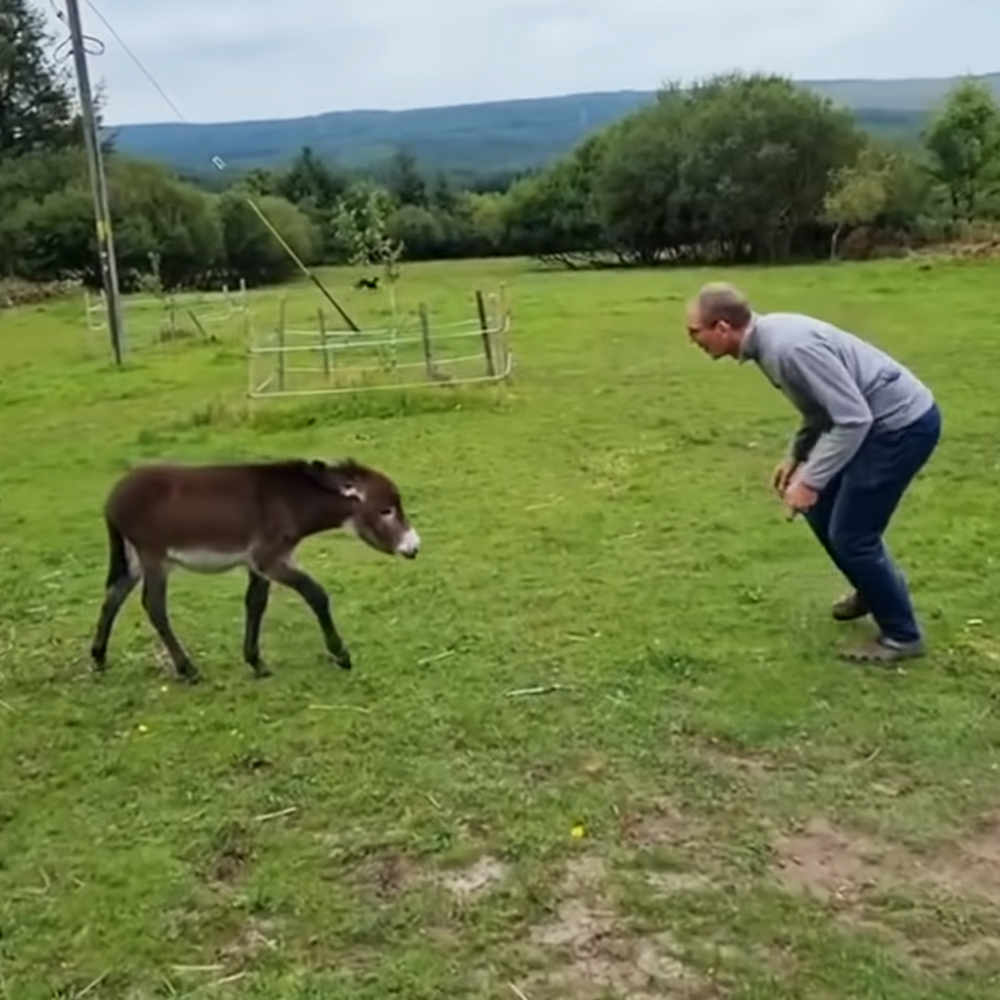 The rescuers made sure that he spent a fair amount of time with the herd to never forget that he was actually a donkey. The innocent animal still expected a milk bottle whenever he was hungry but never got one. When the donkey pushed Torsten for a bottle of milk, he would stick his thumb in Darragh’s mouth. The cute donkey sucked at his dad’s finger like a little child.

He even helped his dad when he did laundry. Darragh would pick the clothes from inside the washing machine and help his dad with the household chores. According to Torsten, there was a misconception that donkeys are stubborn. These animals are just a bit slow. They have an excellent memory span of 20 years and are just as affectionate as a dog and a cat. The kind people of the rescue center had even found 4 chickens who were discarded in the forest. They even have parrots and a snake called Toby.