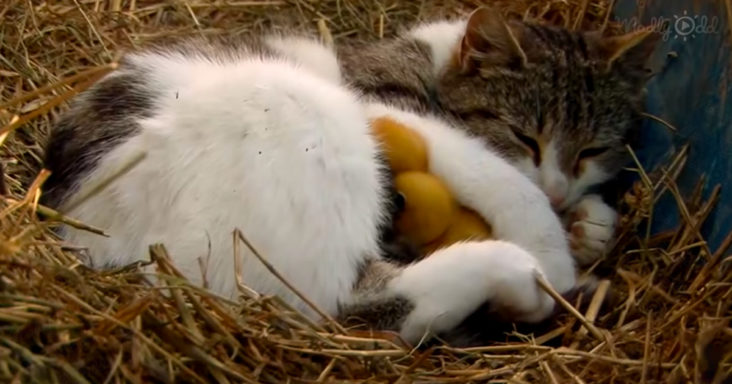 A couple, Ronan and Emma Lally, have their day jobs but also own a farm. On their farm, they have a fine collection of animals. However, they always wished to get some ducks to make their farm complete. So, they decided to get some fertilized duck eggs.

However, the couple did not expect something this strange to happen on the day the ducklings hatched. Ronan was searching for them but could not find them. However, after searching around the farm, they saw their cat Della holding the duckling in her mouth. 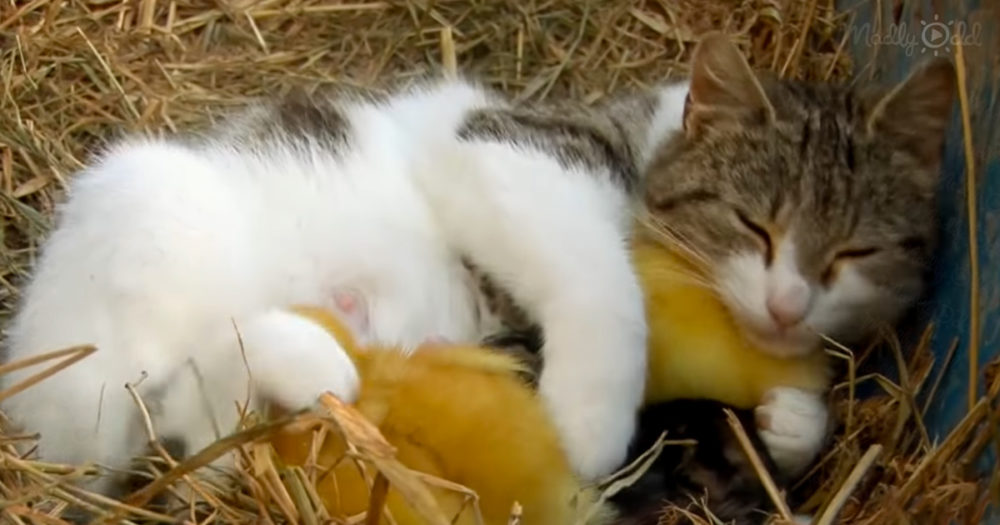 So, the couple decided to put the cat down along with the ducklings. This is when they saw a miracle happen. The three little ducklings waddled straight underneath the cat, who in turn started to nurse the ducklings like her own children instead of eating them.

In the video, you could see the cat purring and was content. She thought that she had actually given birth to these ducklings. This coincidence happened because the cat herself had given birth recently.

Many researchers said that the mothering hormones are the main reason for such behavior in the cat. As she gave birth, the maternal hormones must be powerful and make her love any small, furry & warm animal or bird.

The ducklings did outgrow the kittens soon, which made the cat unhappy. As she could be seen trying to put them back in her safe zone. The story then skips forward to a few weeks, and now the ducklings have become independent. However, they still share an excellent attachment for each other.