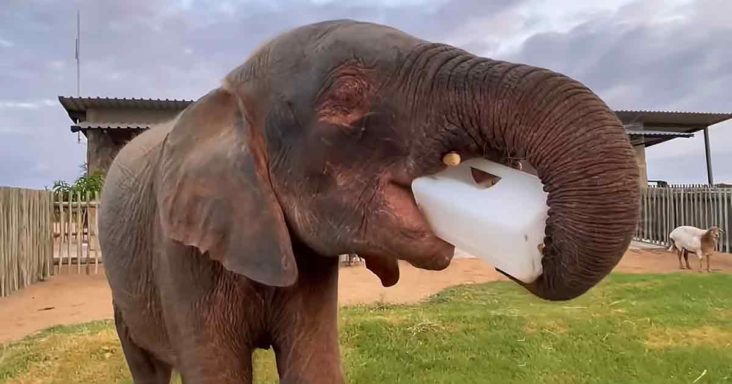 The orphaned Albino baby elephant, Khanyisa, lives at the elephant sanctuary “HERD” in South Africa. The sanctuary looks after orphaned and displaced elephant calves. Adine Roode had been looking after these majestic creatures who had been integrated into the Jabulani herd. 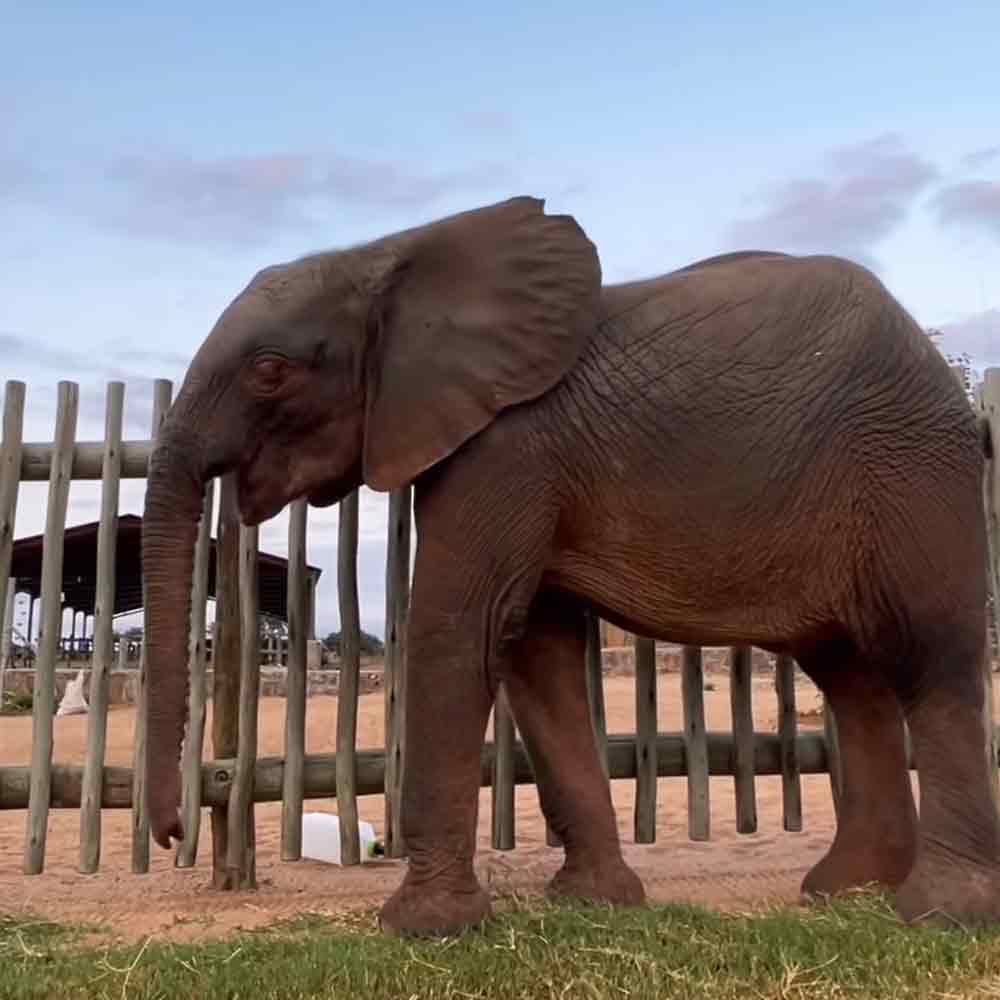 Khanyisa loved to eat lots of marula fruit that Adine offered her every morning. The funny and sweet baby elephant kept her mouth open so that she could be fed by her favorite human. She waited for a long time for Reply and Stavros as they brought her milk bottles. Khanyisa weighed 124 kgs when she arrived at the sanctuary.

The sanctuary ensured to check the weight of the baby elephant. It helped them check if they were getting the proper nutrition or needed to increase it. Soon, the caregivers opened the door to her room. The baby elephant was excited as she knew she would get her milk bottles now. Nandi, the German Shepherd, was always close by outside the garden area. Stavros weighed Khanyisa while she drank milk. She was now around a whopping 520 kgs or 1146 pounds. 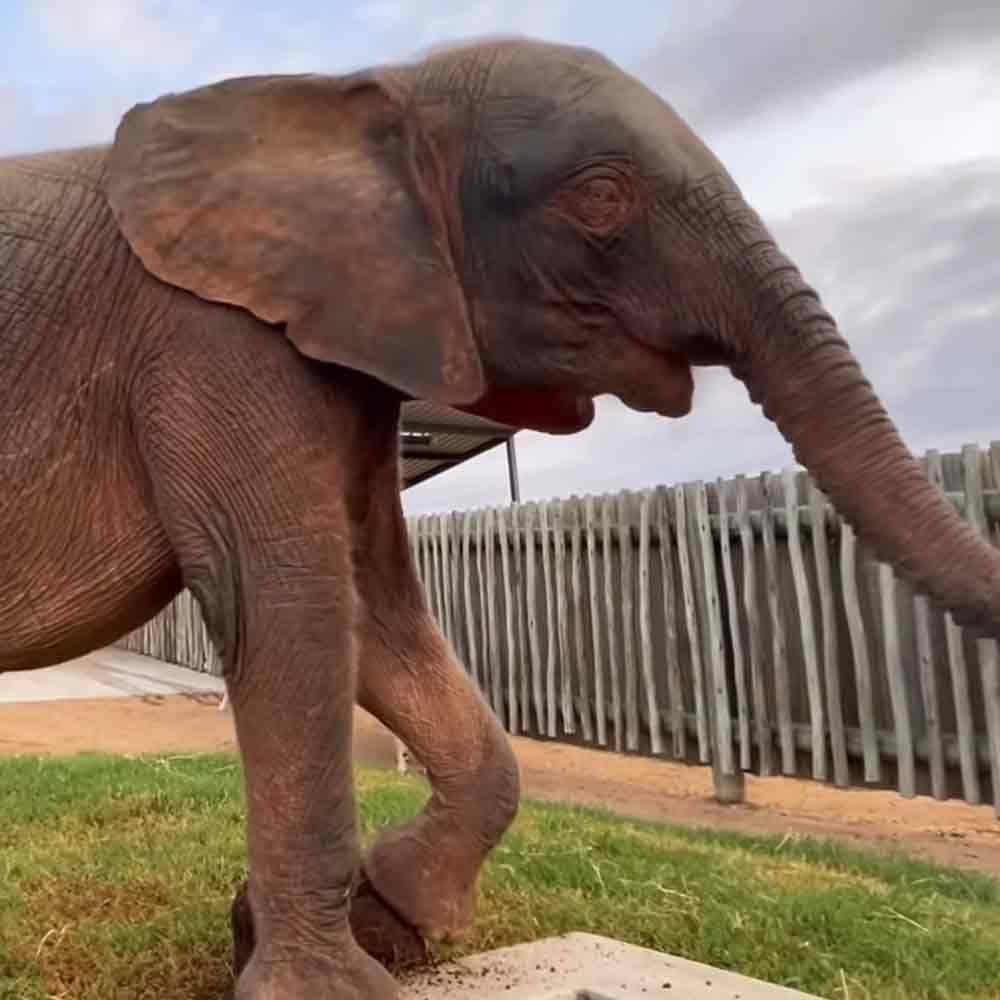 However, the weigh-ins were never 100% accurate. Getting Khanyisa’s entire body, head, and trunk on the scale was tricky. The baby elephant drank around 2 bottles of milk every 4 hours. They had to make sure that Khanyisa did not fill up too much on fruits and vegetables like marulas and sweet potatoes. She needed to have an appetite for her milk, which was essential.

The hungry baby elephant found the empty milk bottle and toppled it over the other side of the enclosure. The elephant in the pen next to Khanyisa’s home, Limpopo, lifted her trunk to greet her and Adine. The most miniature elephant Adine ever had weighed was around 70 kgs. She told everyone that the birth weight of elephants was around 90 kgs, which was about 198 pounds. 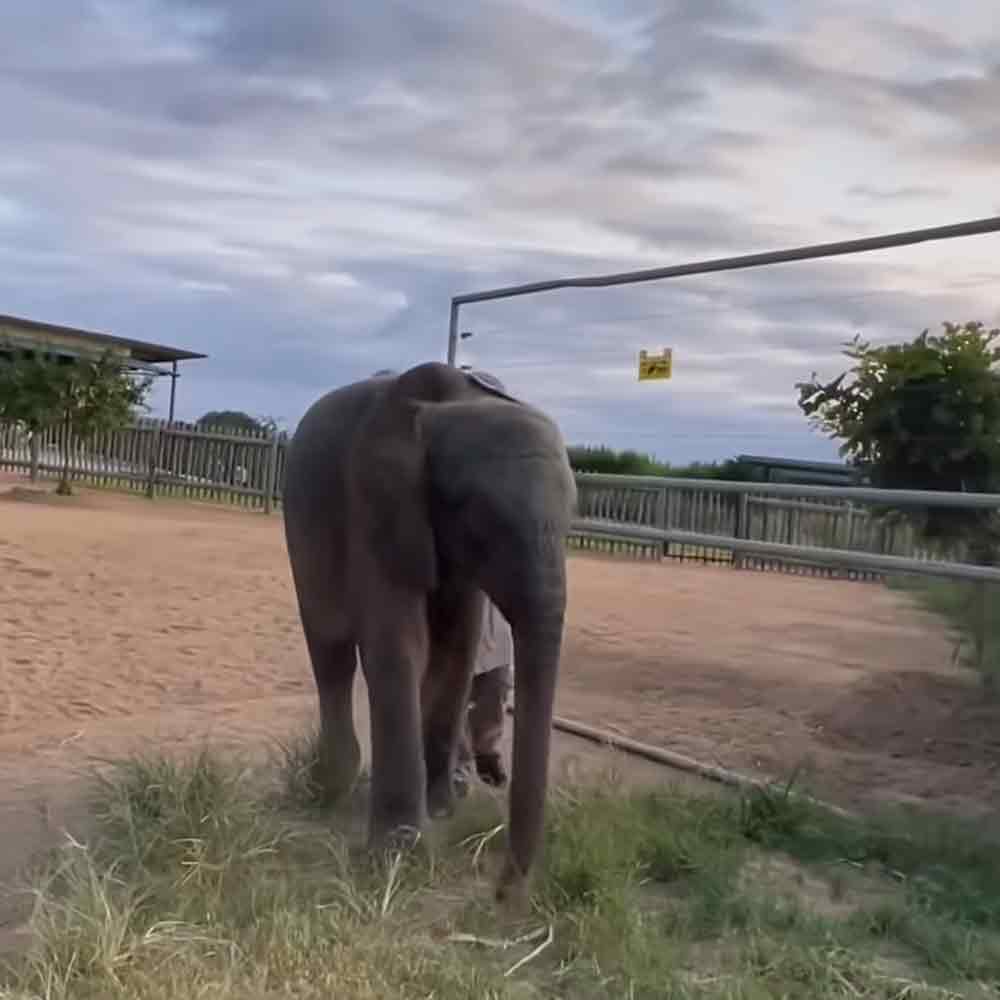 Khanyisa and her two goat friends, Lammie and Nungu, decided to relish the fresh mineral block. This provided them with plenty of essential minerals to help supplement their diets. The baby elephant used her trunk and tusks to break off pieces from the block. The caregivers usually provided the minerals in her milk. However, this was an additional mineral for the baby to grow stronger.

Elephants usually eat specific mud or soil to get the minerals. For example, they sometimes ate certain trees with termites and soil from hills that consisted of minerals they needed for their bodies. Adine was very polite to all the caregivers. Many of them came from Zimbabwe. The team also had South African workers, but Zimbabwe’s original caregivers had a special bond with the elephants. They had vital knowledge about caring for the elephants. Herman, Reply, Khensani, and Willinton were the ones the elephants adored. Khanyisa spotted Reply and rushed to meet him. After that, Stavros checked the baby elephant’s feet for any stones or objects that may be stuck in the grooves of her soles. This showed how much these caregivers and Adine cared for the wild animals.