Wan Mai is a baby elephant at the Elephant Nature Park in Thailand. And like most children, she loves to spend her days exploring, playing, and having a great time.

Fortunately, that opportunity presented itself to her recently when a water pipe broke in the middle of the enclosure where she and several other Asian elephants live together. It was a fortunate occurrence.

While the sight of a broken water pipe might be troubling to some, including the staff at the Elephant Nature Park, to Wan Mai it was an invitation to play in the gushing water. 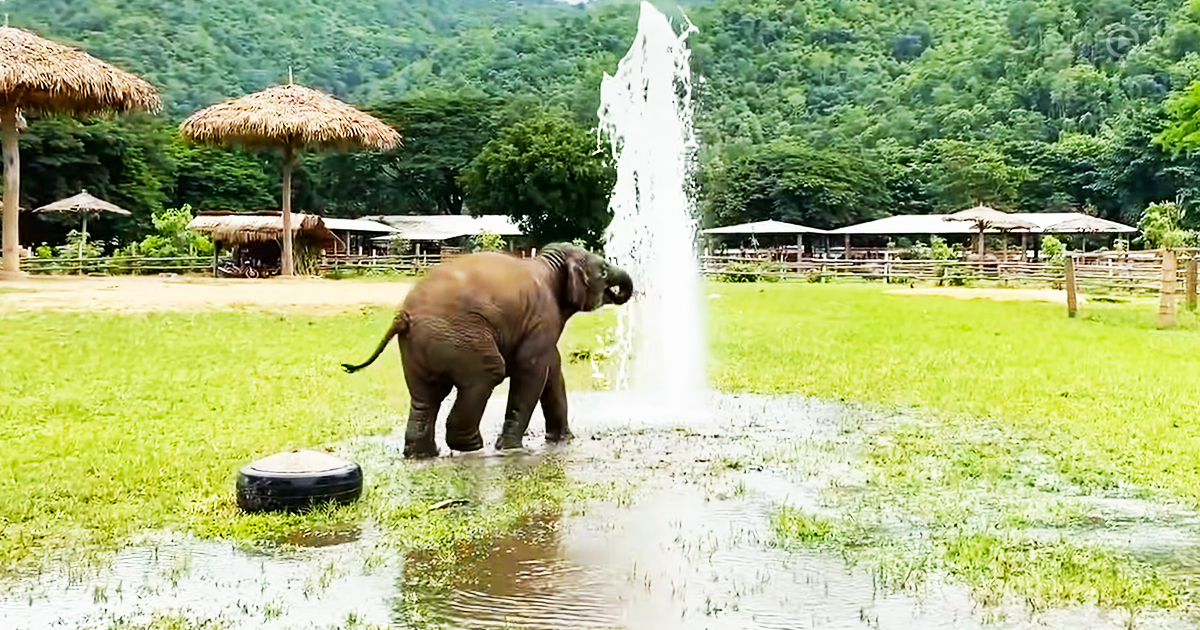 The footage captures an excited and Wan Mai running immediately and enthusiastically into the center of the area, where the water was shooting up toward the sky like an unstoppable geyser.

There, she first allowed the water to pour over her entire body. She ran circles around the water and then splashed in the quickly developing puddle that had formed around the pipe.

Not satisfied to just let the water fall on her, she next went back and stood directly over the geyser. The rushing water struck her underside and then her face, something she clearly enjoyed.

The other elephants looked on like they were tired chaperones, but Wan Mai had the time of her life, splashing and playing in this unexpected rain fall before returning to the herd.