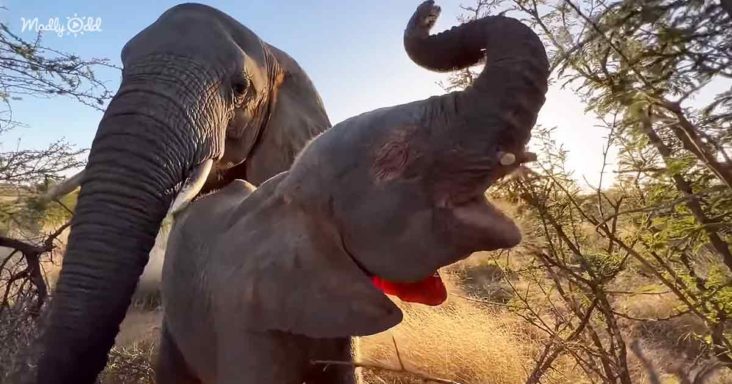 HERD (Hoedspruit Elephant Rehabilitation and Development) is South Africa’s first dedicated elephant orphanage. It takes care of all the baby elephants who need to be integrated into the existing herds. 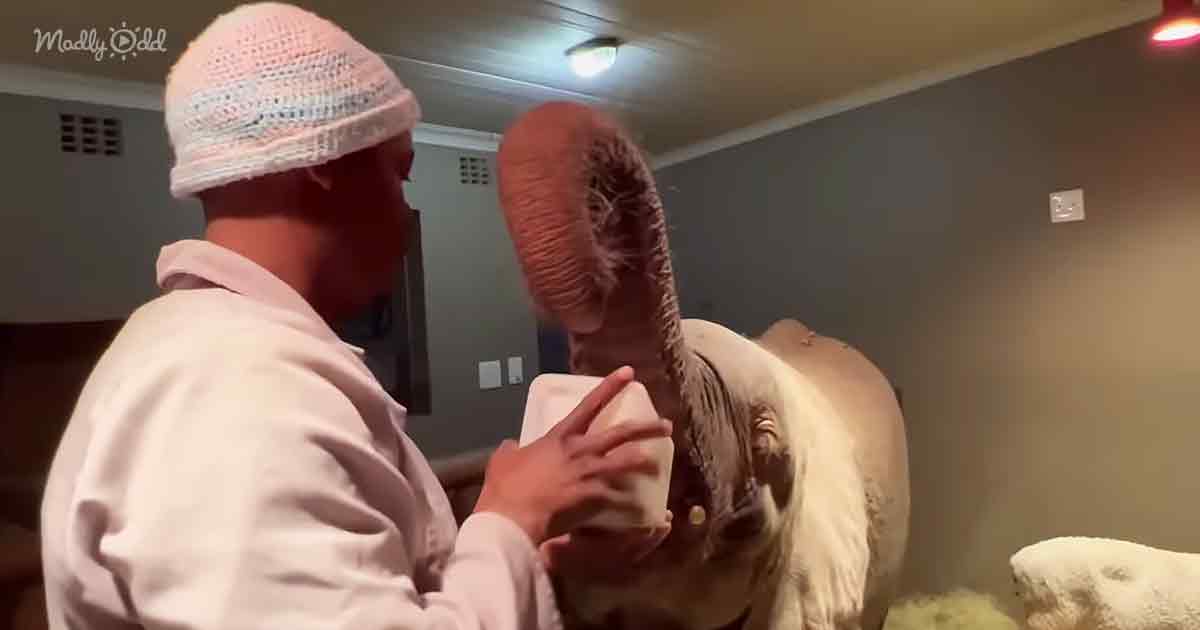 Adine Roode, the owner of the sanctuary, had successfully rehabilitated many such baby elephants into the Jabulani herd. A day at the elephant sanctuary began with Lammie and Nungu waiting for the Albino baby elephant, Khanyisa, to have her milk bottles in the nursery from the caregiver, Reply.

Soon Khanyisa was out in the open land foraging with the other members. Kumbura was next to her, and Lundi was also standing nearby. Limpopo, the other herd member, was foraging in the distance while Zindoga was hanging around with the other female herd members. 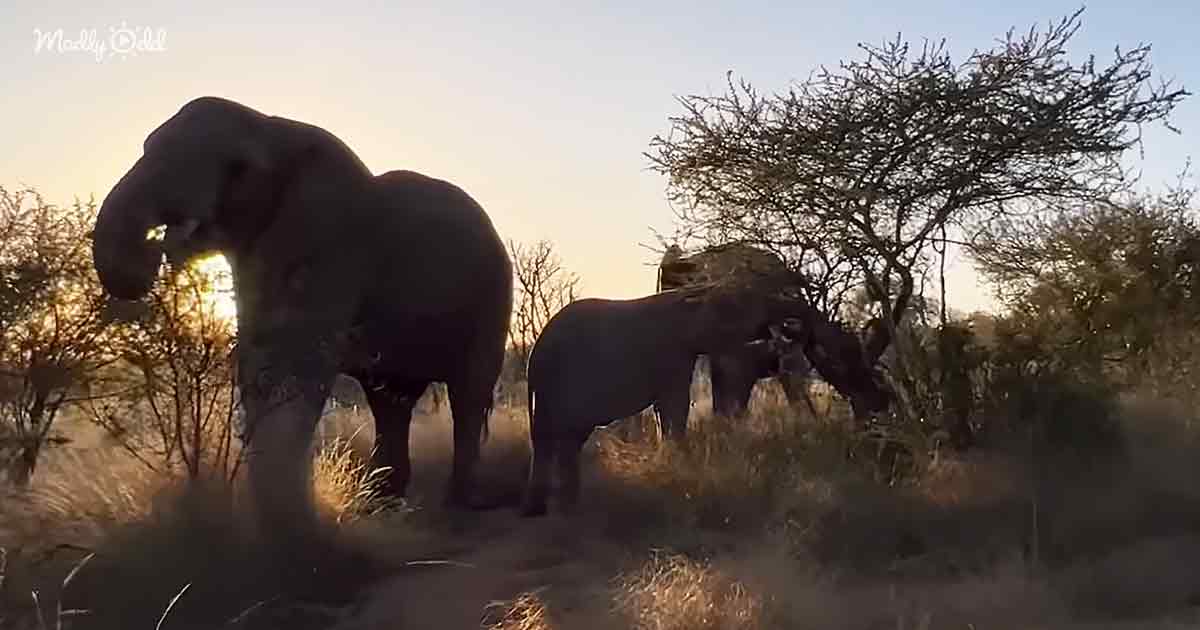 The morning light showed the silhouettes of Khanyisa, and the other elephants’ soft skin fuzzes. The caretaker, Last, explained that he had recently found Khanyisa’s first tooth on the ground and had kept it at home for safe keeping.

Last loved spending time with the herd members and was good at observing the elephants’ behavior. While speaking with Adine, he told her that new dynamics were being formed amongst the herd members. 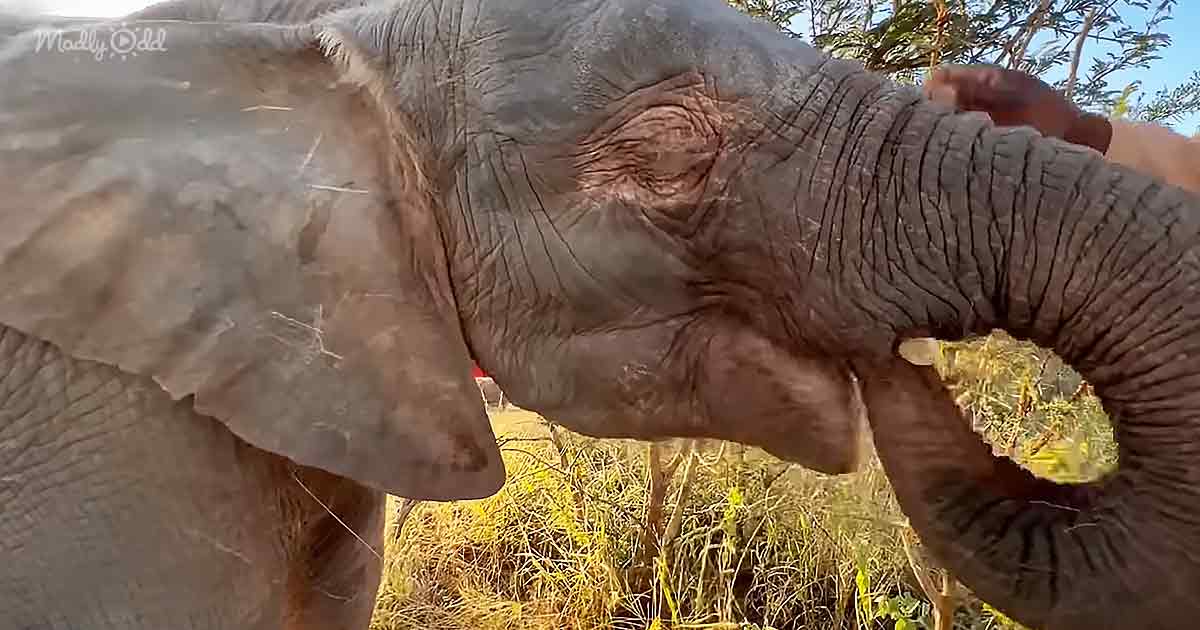 He told Adine that after Kumbura was integrated into the herd, she was very close to Tokwe, her foster mom. Tokwe’s daughter, Pisa, and Limpopo were also close to Kumbura and were a close-knit family.

Kumbura even grew friendly with Lundi as she was fond of Khanyisa and now is also friends with Lundi’s son Mambo. So nowadays 4 of them graze & walk together. The reason is that both of them were orphans and shared a bond. 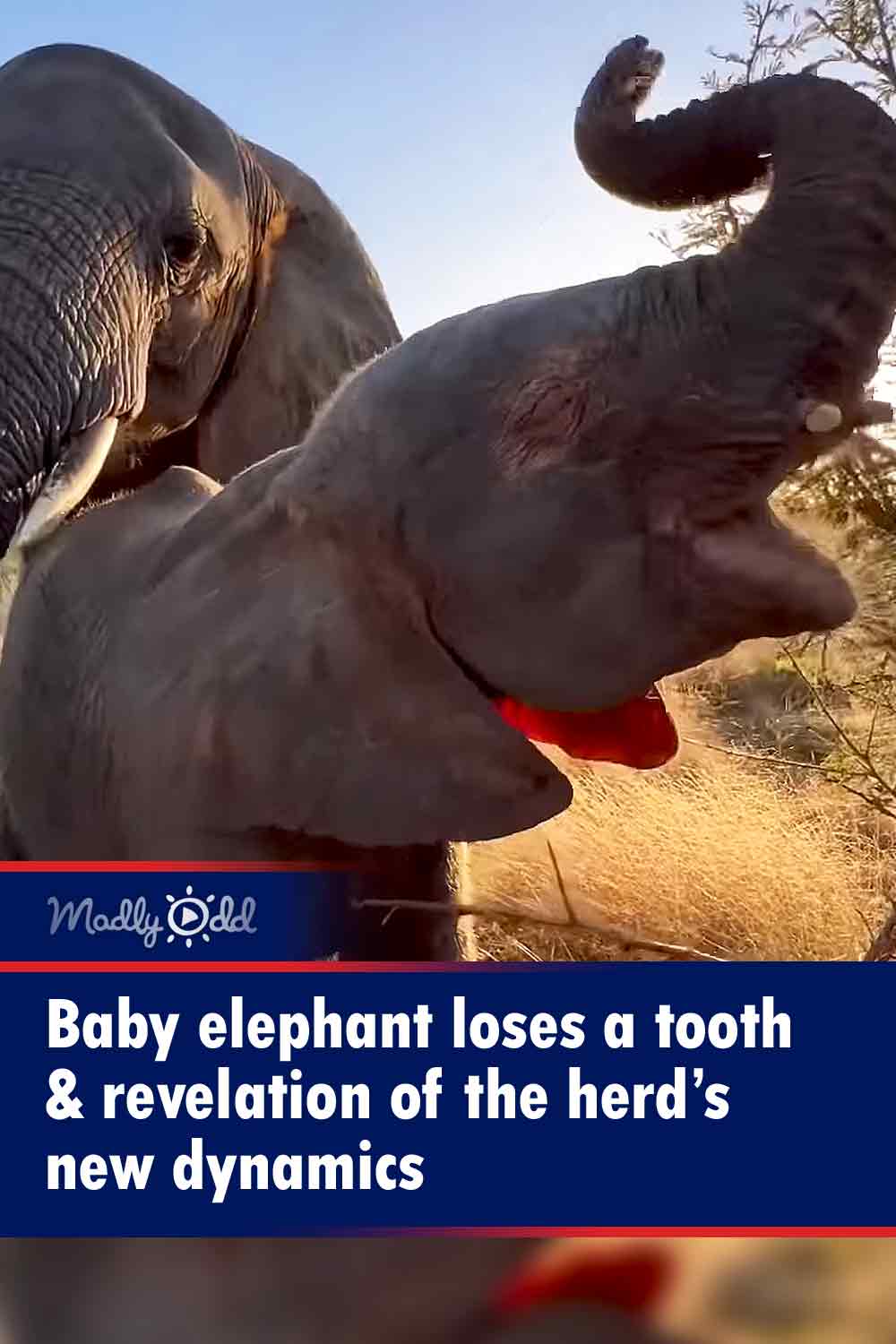