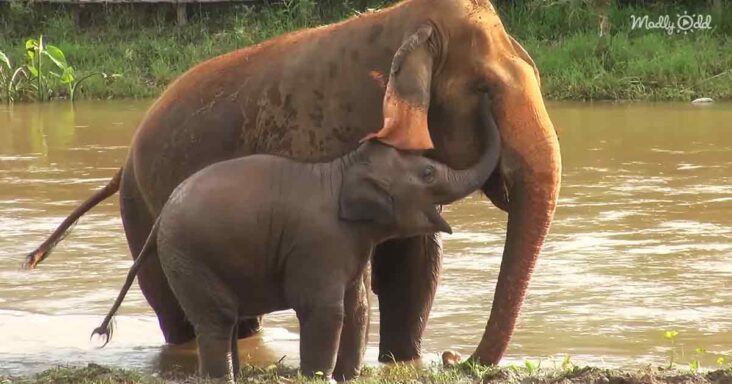 It is natural for kids to be naughty. Whether you talk about human kids or animal kids, they are bound to be little pranksters. Recently, a baby elephant was caught being naughty while in the company of two guardians. 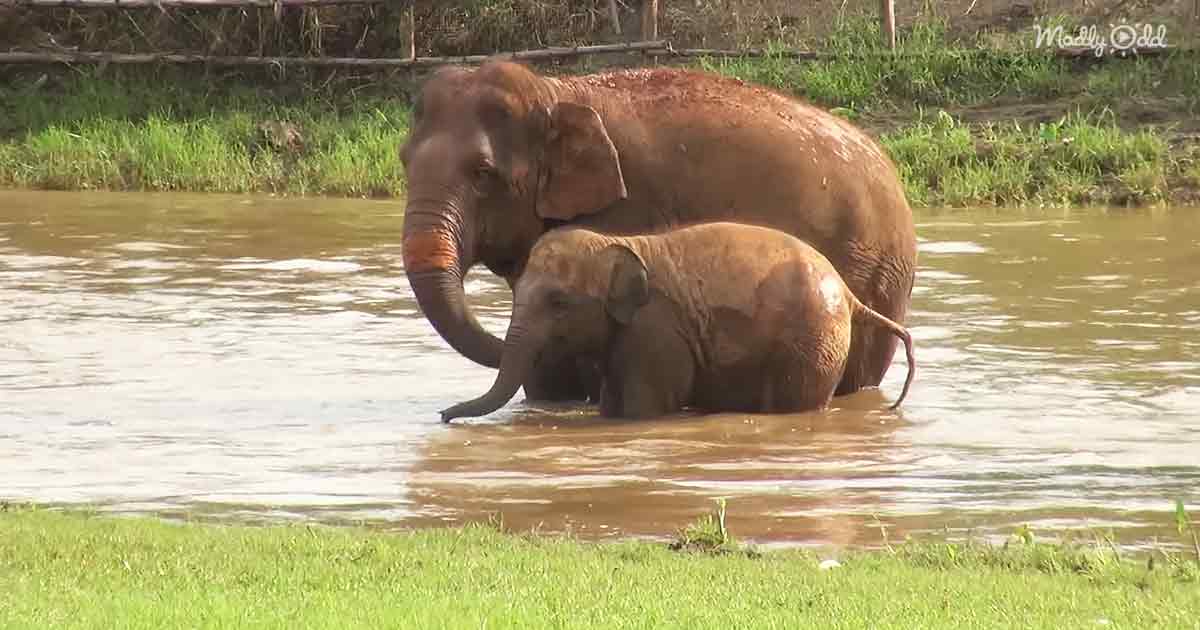 The baby elephant, Wan Mai, was with her mother, Mae Mai, and nanny, SriNuan. They were under the care and supervision of the Save Elephant Foundation in Thailand. It is a non-profit organization that has dedicated itself to protecting Asian elephants.

The trio decided to cool themselves off at a nearby river. But, although Mae Mai and SriNuan stood peacefully in the middle of the river, little Wan Mai had other plans of her own. 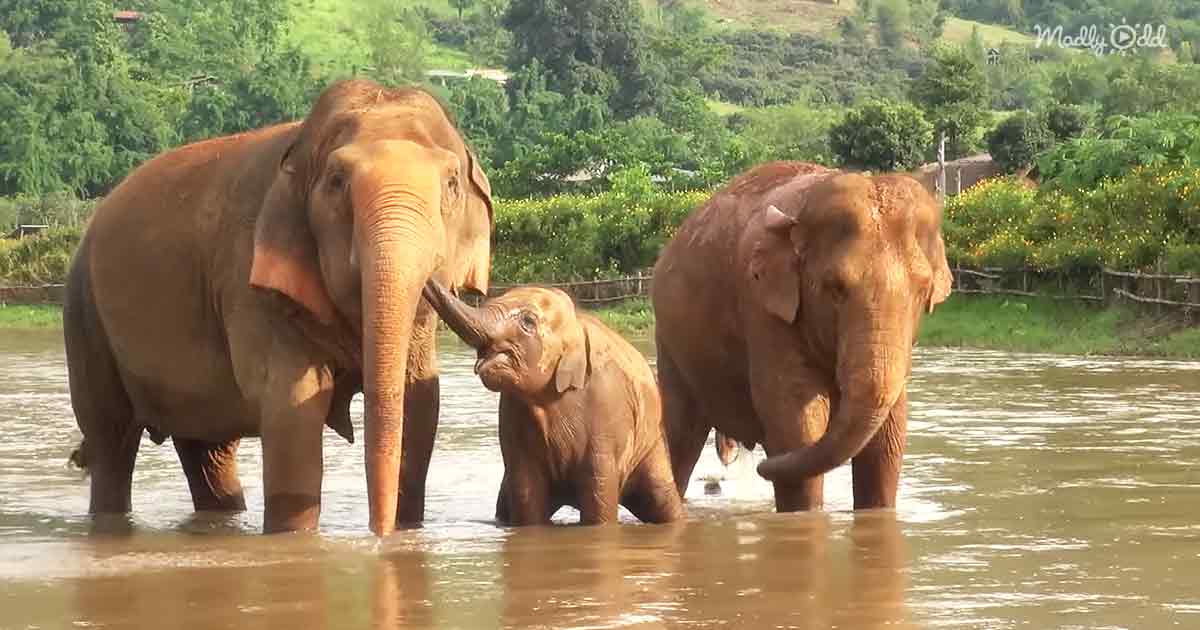 She raised her tail and ran to one of her guardians. After spending time with her, the baby elephant rushed toward the other guardian, swimming against the river current. She submerged her face under the river water for a brief moment.

After some time, little Wan Mai sat next to one of her guardians in the water. The naughty elephant also tried to get under the belly of her guardian. But unfortunately, she failed and got her entire body wet in the process. 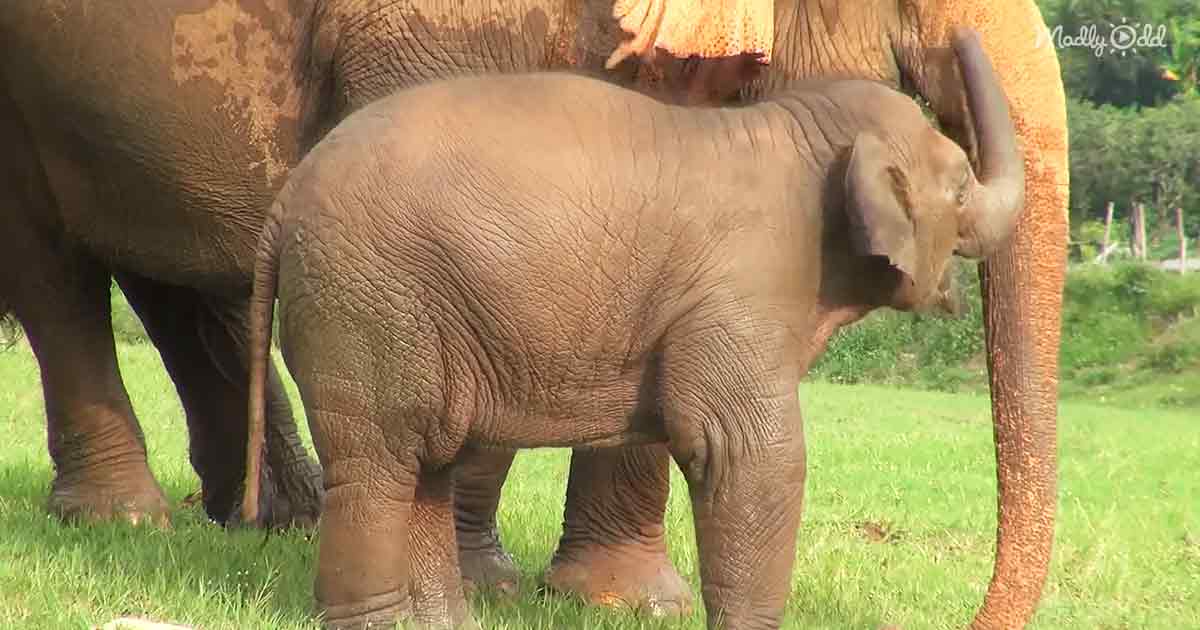 Little Wan Mai tried to snuggle with each guardian, one at a time, while on land. Although the baby elephant was full of mischief, her two guardians were tolerant towards Wan Mai.