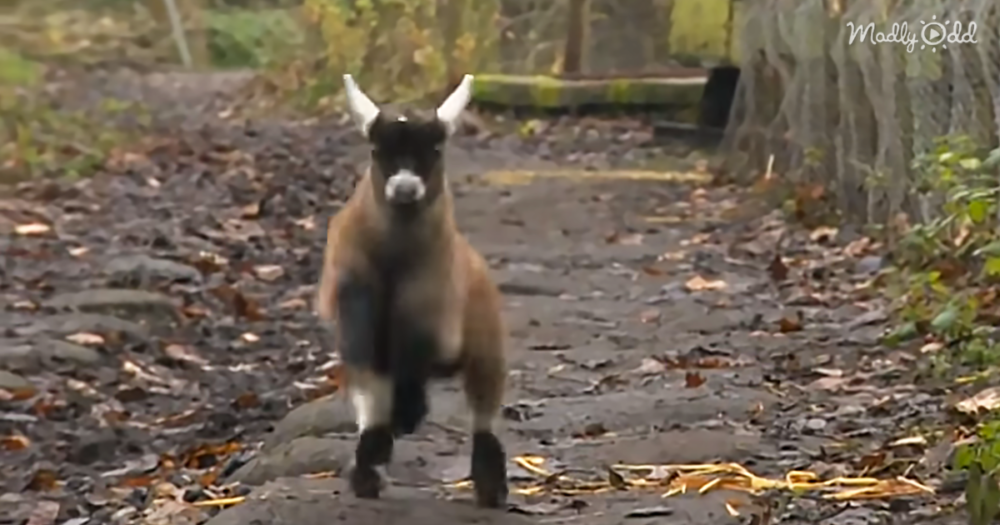 Pygmy goats are a special breed of this animal that is characteristically tiny. They are naturally inquisitive and love to play. In the video we present to you today, we can see Benjamin (Benji), a young pygmy goat who was rejected by his mother when born.

This poor little goat would’ve died if it wasn’t for the heroic act of Tom Horsfield, the owner of a botanical nursery in Pot House Hamlet, in the charming village of Silkstone in Barnsley, Yorkshire. He stepped up and adopted little Benji as if he was his son. It’s absolutely precious. 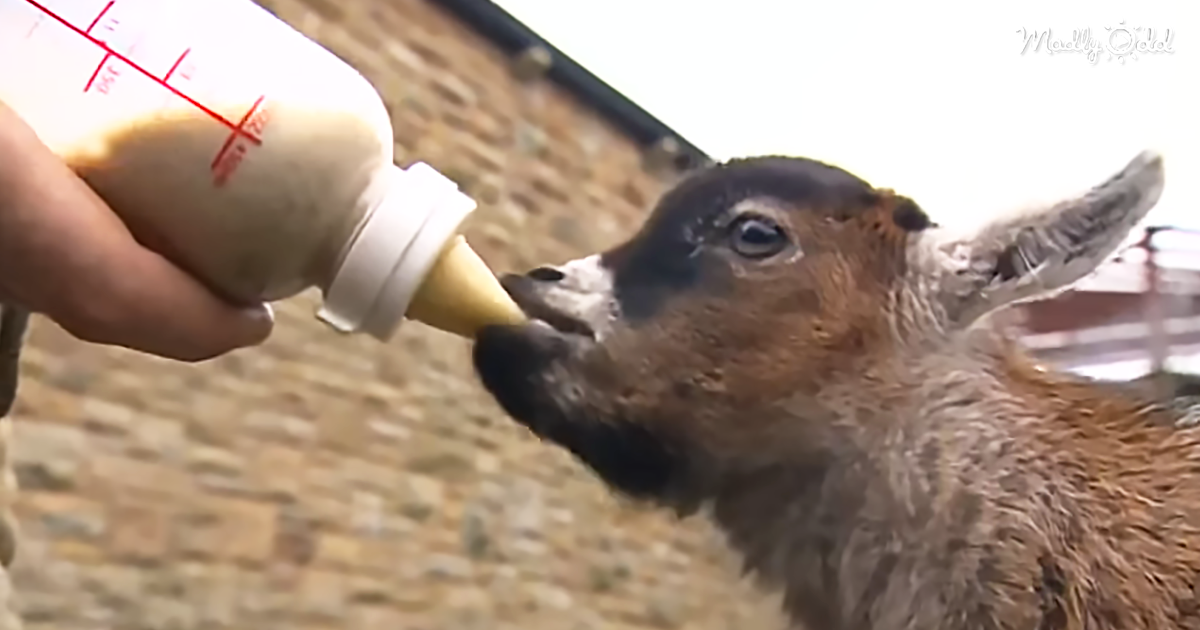 Benjamin does see Tom as his dad, and he shows it by following him everywhere he goes, all the time. Even though in the video he was still just over a month old, he’s always behind Tom, all day, even when he’s working. Thanks to Benjamin’s cuteness, Tom’s nursery has received many customers that want to come and visit Benji. He just loves to be around people and loves the attention; he’s adorable.

Tom’s nursery is on a huge estate in the country-side in north-central England. So when Benji is a little bit older, he will get to go out and live and play in the fields, free to run and romp as much as he wants. 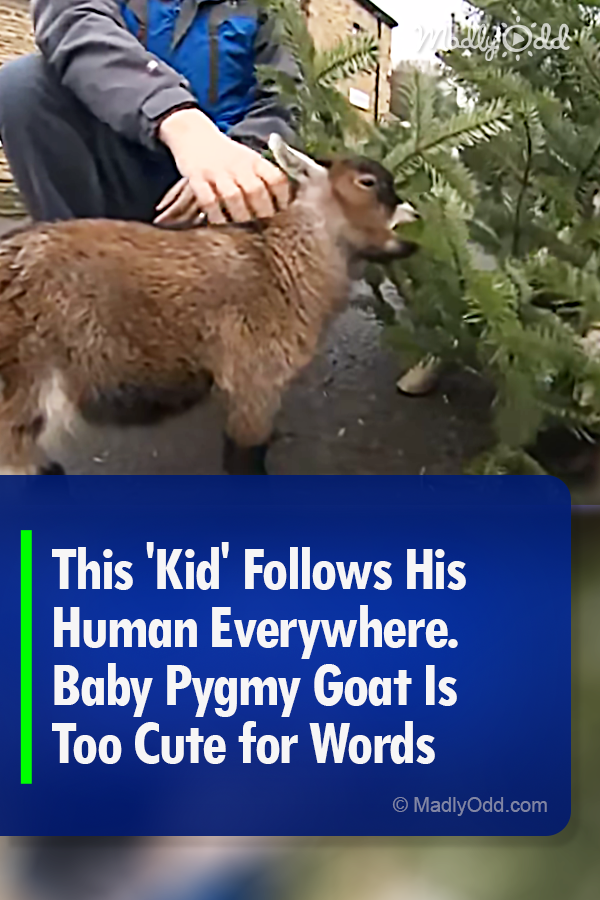