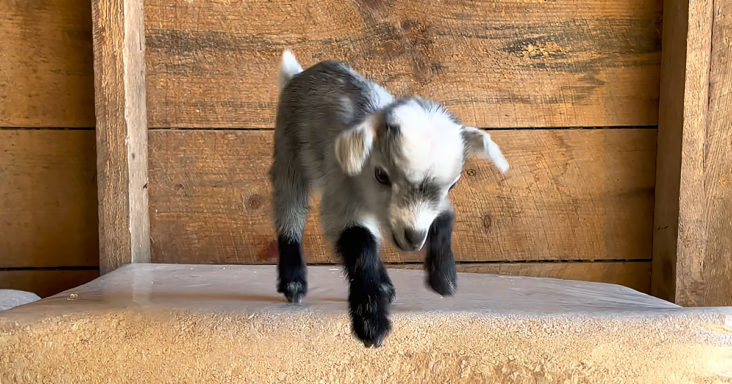 Goats are known to have quite an outgoing personality. Making noise, trotting around, and playing with other goats—they’re certainly one of the more unique barnyard animals that you would see on a farm. 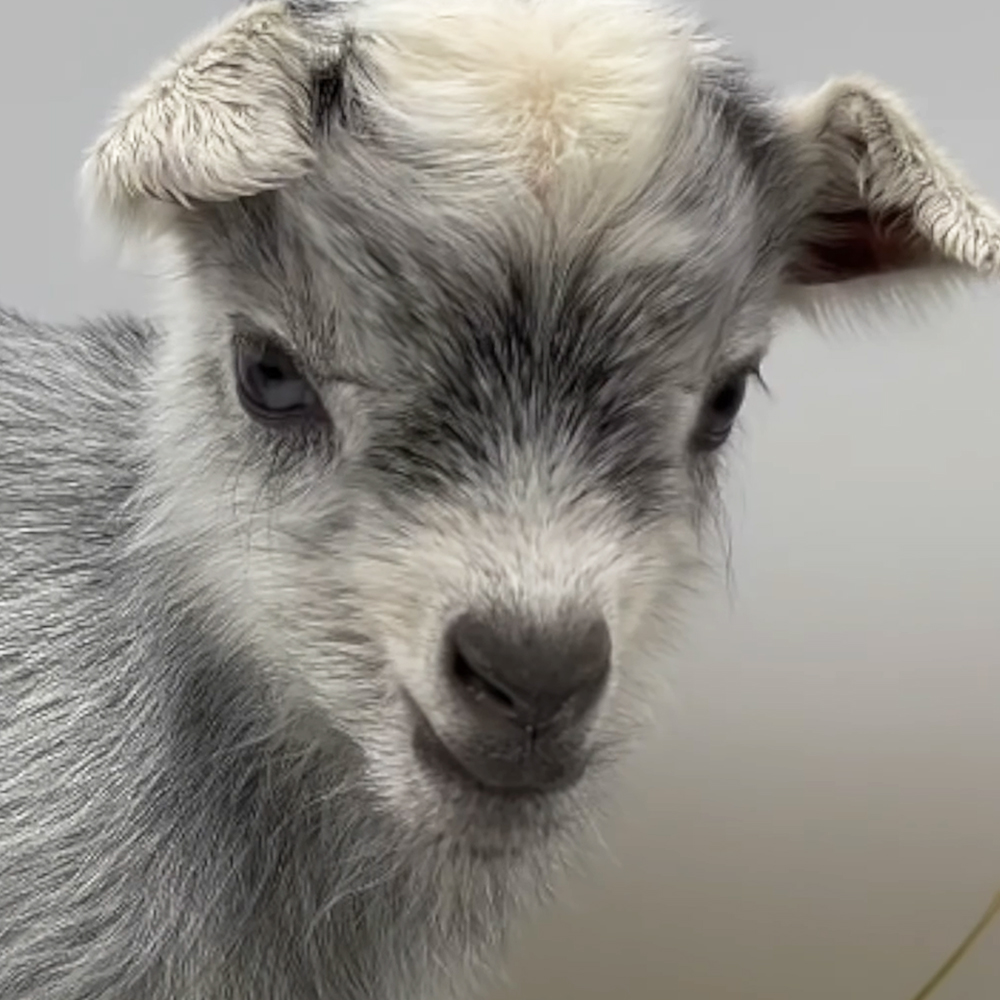 Rey, the baby goat, is slightly different from his pack. Born on ‘Star Wars Day’ Rey is the most miniature goat out of her three other siblings. Which, of course, makes her the most adorable. 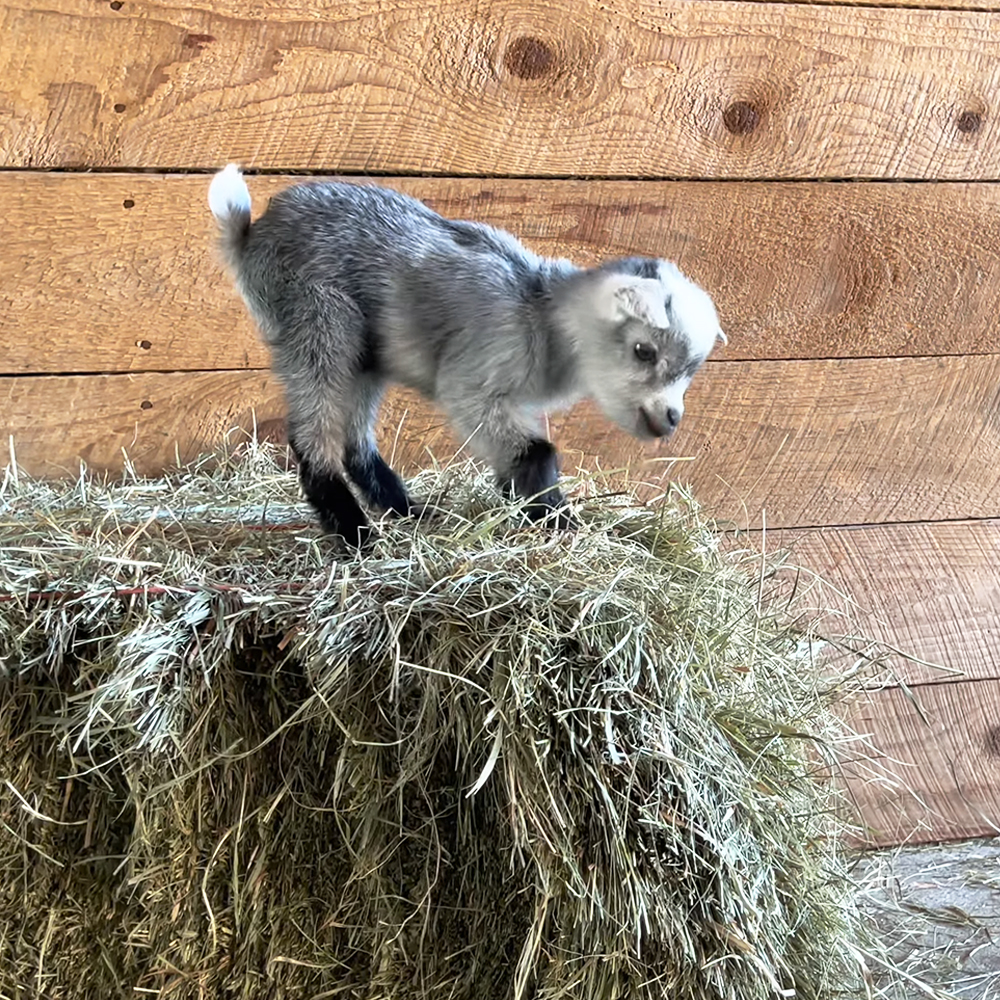 Even more adorable, Rey looks just like a bit of a puppy! With her expressive eyes and floppy, terrier-like ears, it would be easy to mistake her for one of the other dogs that share this farmland.

Even sharing a lot of the playful characteristics of dogs, Rey likes to jump around on the hay and see how high she can get. This baby goat is about as close to being a puppy as it gets. 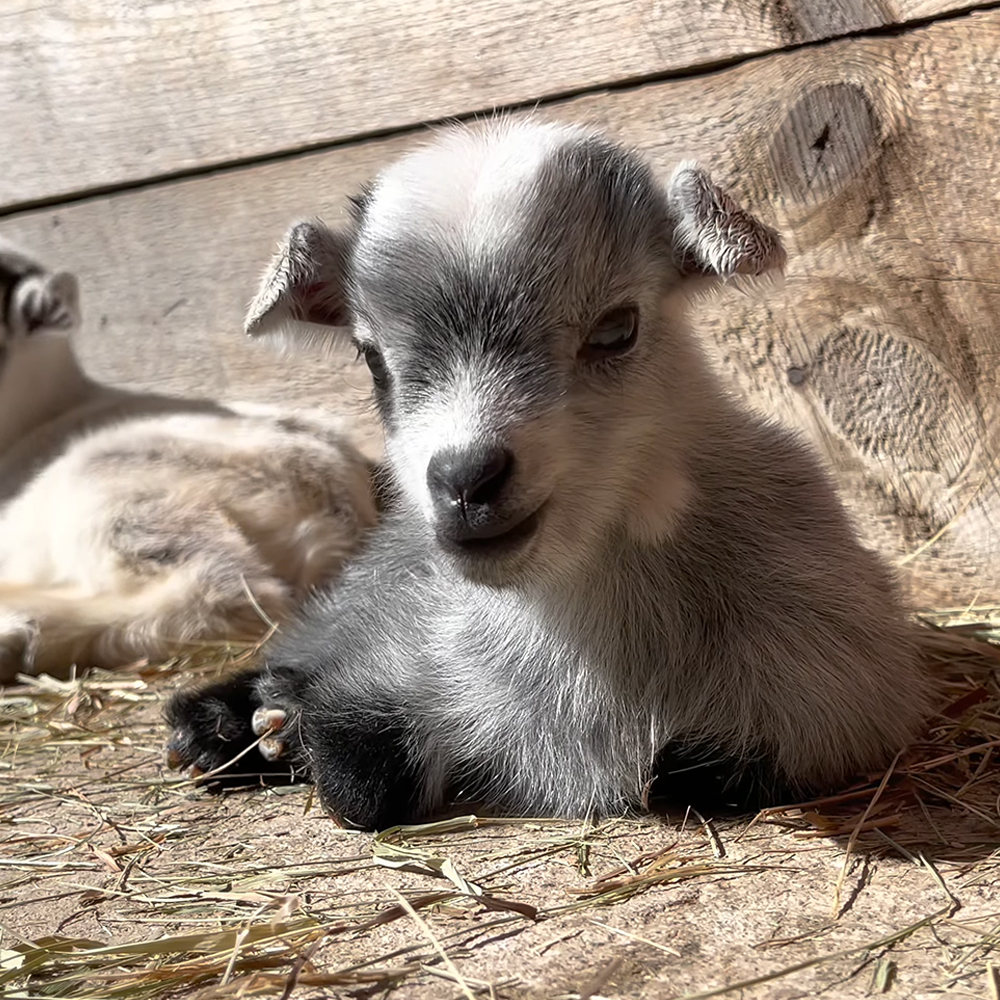 Acknowledging that Rey won’t stay on this farm, the owners plan to give her to another farm when she turns 8 weeks old. Ironically enough, the new farm is a place for rescue dogs.

Rey will finally have the chance to be in puppy paradise. Perhaps she’ll forget that she’s a goat and start fully embracing the puppy dog antics and playful behavior!