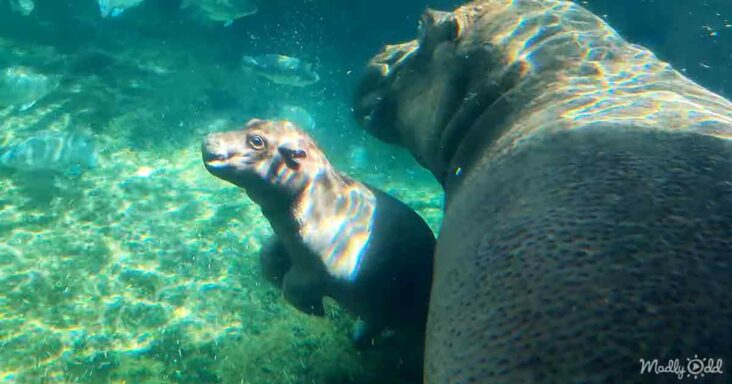 All types of animals appear different when they are small. Whether you talk about tigers, wolves, bears, or hippos, their babies appear cute, adorable, and cuddly. However, when they grow up, some seem ferocious and dangerous. 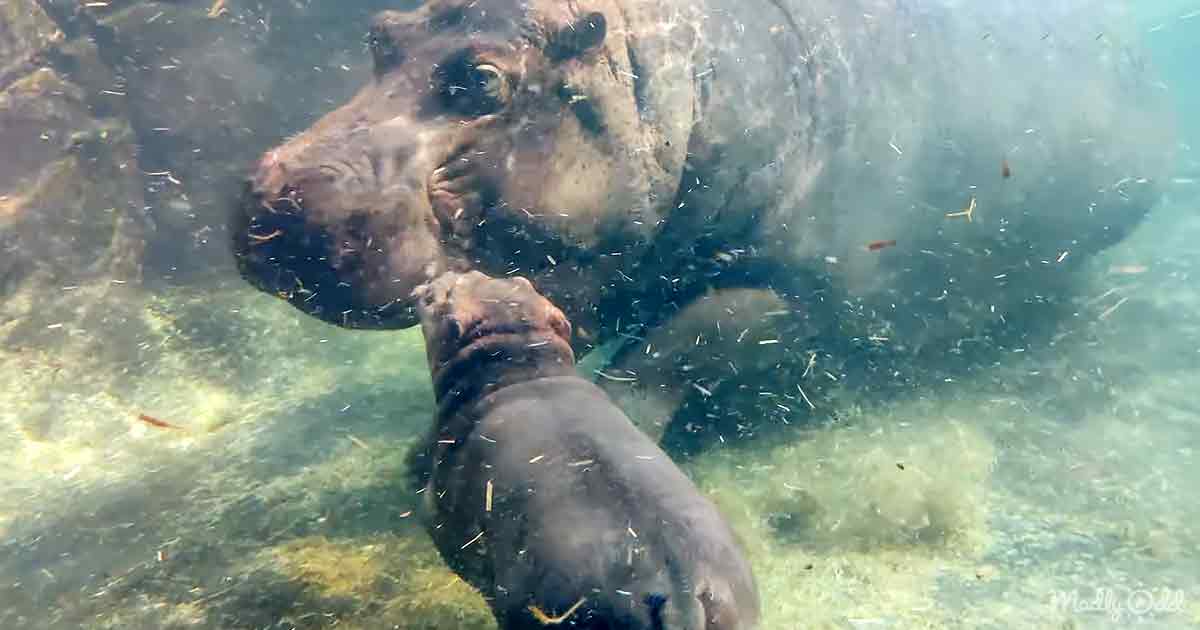 Cincinnati Zoo and Botanical Garden had some hippos, including a baby hippo named Fritz. Two other giant Hippos were named Bibi and Fiona. Recently, Fritz was introduced to Fiona after his birth. Their mother, Bibi, taught Fiona how to interact with her younger sibling.

The zookeepers recently captured one of the interactions between Fiona and Fritz, where both were found swimming underwater. However, Fiona swam slowly, whereas Fritz swam with energy next to his elder sibling. 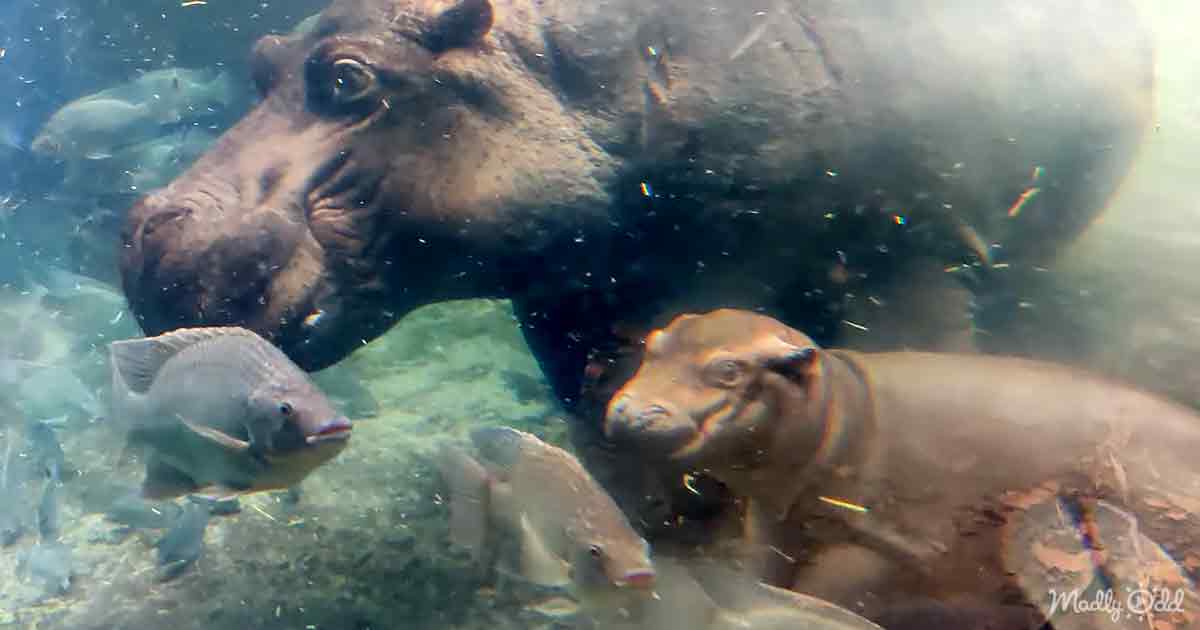 Since Fritz was young and had not yet gained weight like an adult hippo, he could swim around and do some antics underwater. Soon, Fiona decided to wait at the pond’s edge, whereas the baby hippo preferred to be underwater.

Fritz looked around with big eyes since everything was new to him. Whenever he got an opportunity, he would snuggle with her elder sibling. Once in a while, Fritz tried to look out from his glassed enclosure.

There were several fishes under the pond, but Fritz was not bothered by them. Instead, he continued with his pranks and cuddles with Fiona, who swam beside the baby hippo. All the while, Bibi kept an eye on the two from the pond’s edge.

Fritz would go down to the pond bed and jump up to the top. He continued doing this several times. He enjoyed his time with his elder sibling and always stayed as close to Fiona as possible. 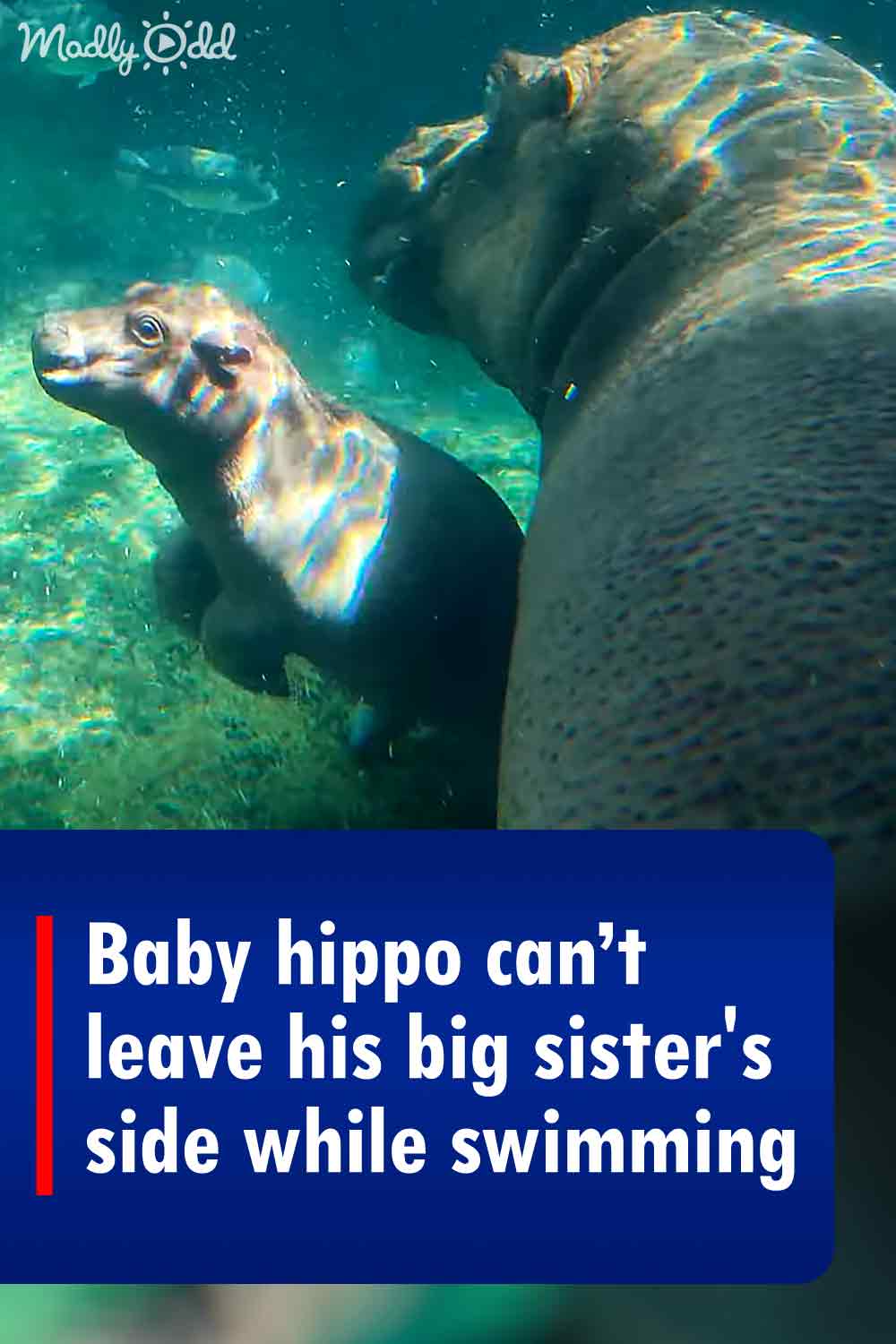