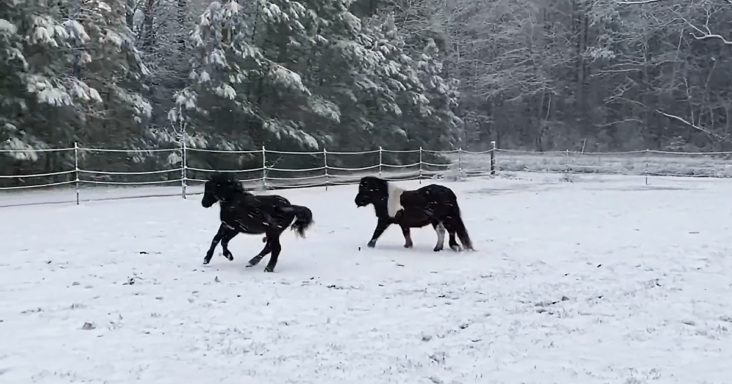 Teddy Bear is an approximately 6-months old miniature horse raised by a kind-hearted woman. She made sure that she provided regular updates to Teddy Bear’s online fans. In addition, she shared details about his daily life and the animal’s new things. 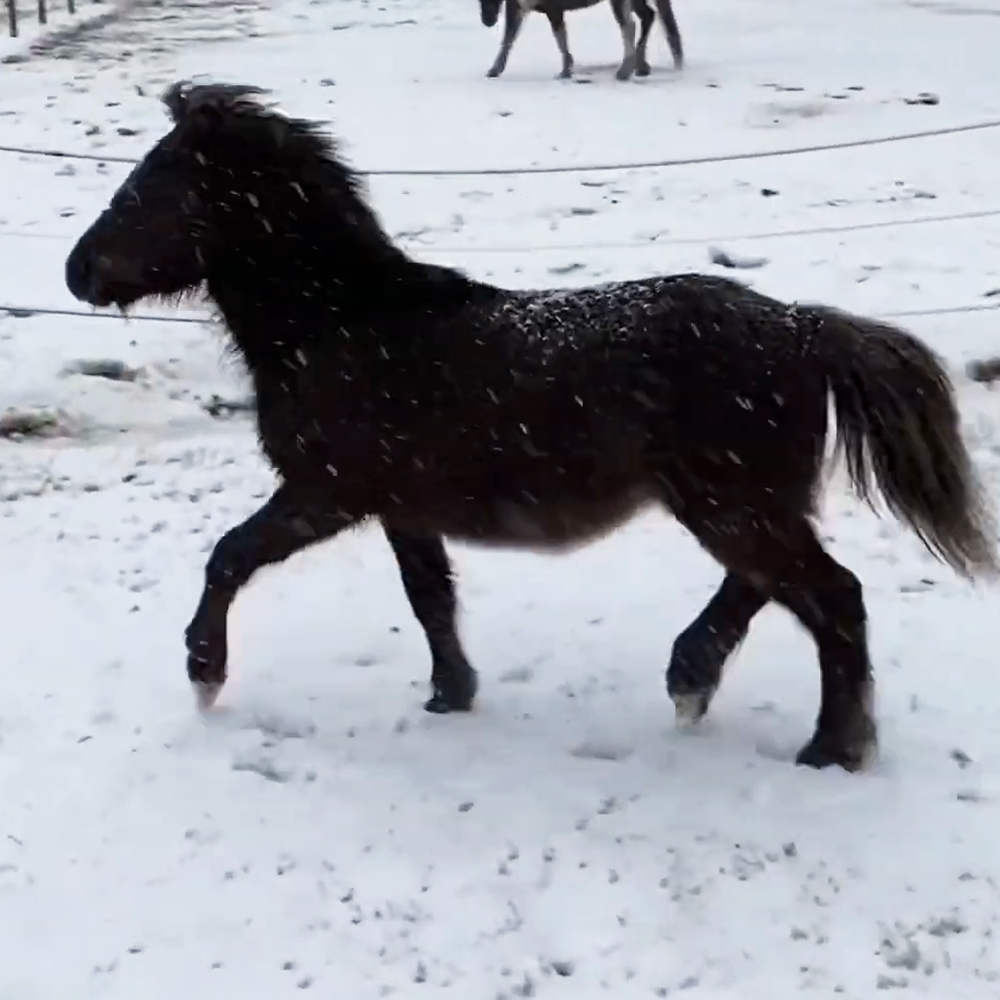 Recently, the adorable horse experienced his first snowstorm during the winter and had a lot of fun running around and playing in the white snow. The whole ranch enclosure was covered with snow and looked mesmerizing.

Teddy Bear and his friend, Salem, roamed around the whole ranch and went around doing zoomies happily. Both the horses enjoyed each other’s company and played along throughout the farm together. 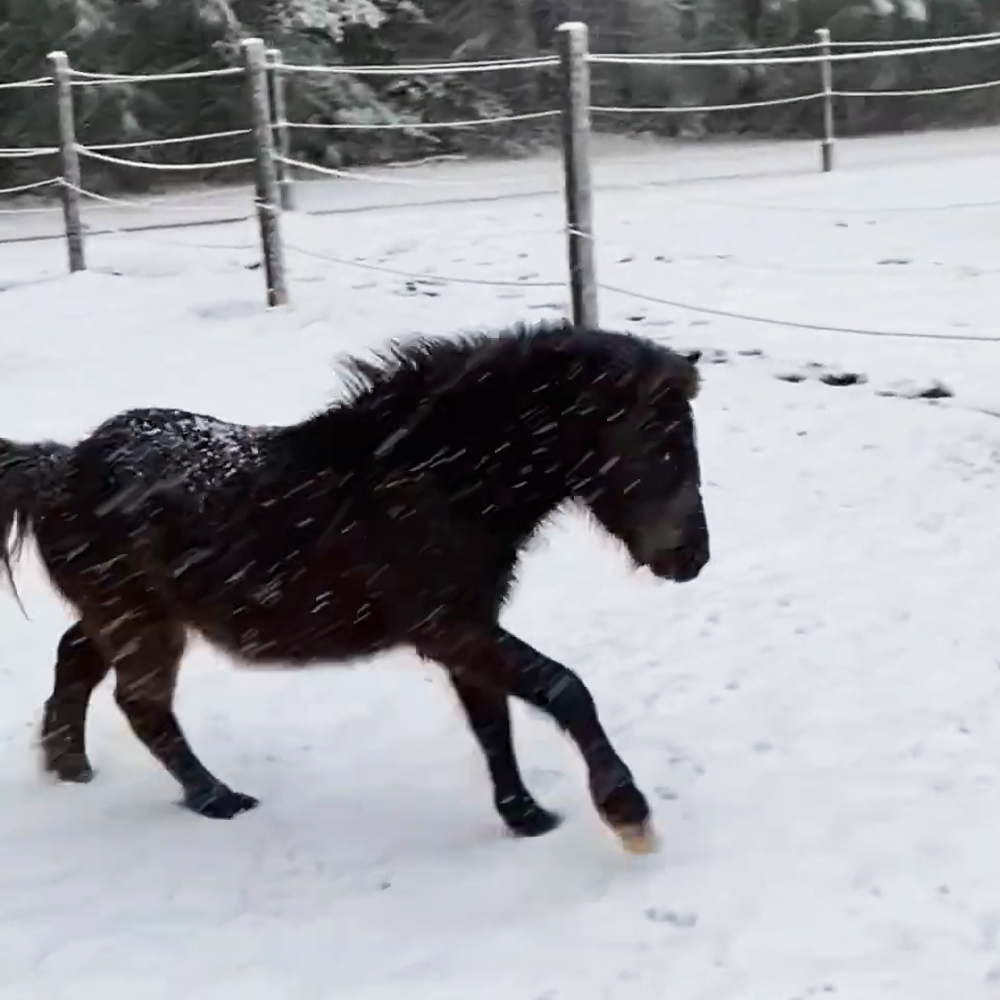 However, the miniature horse acted naughtily and purposely bumped into his friend. Teddy Bear ran around the whole white snowy field like a crazy horse. It was pretty evident that he was happy to be in the snow.

Finding the two miniature horses enjoying the snow, a big majestic horse tried to play along with them. However, the beautiful horse was separated by the fencing wires and could not join in the fun. 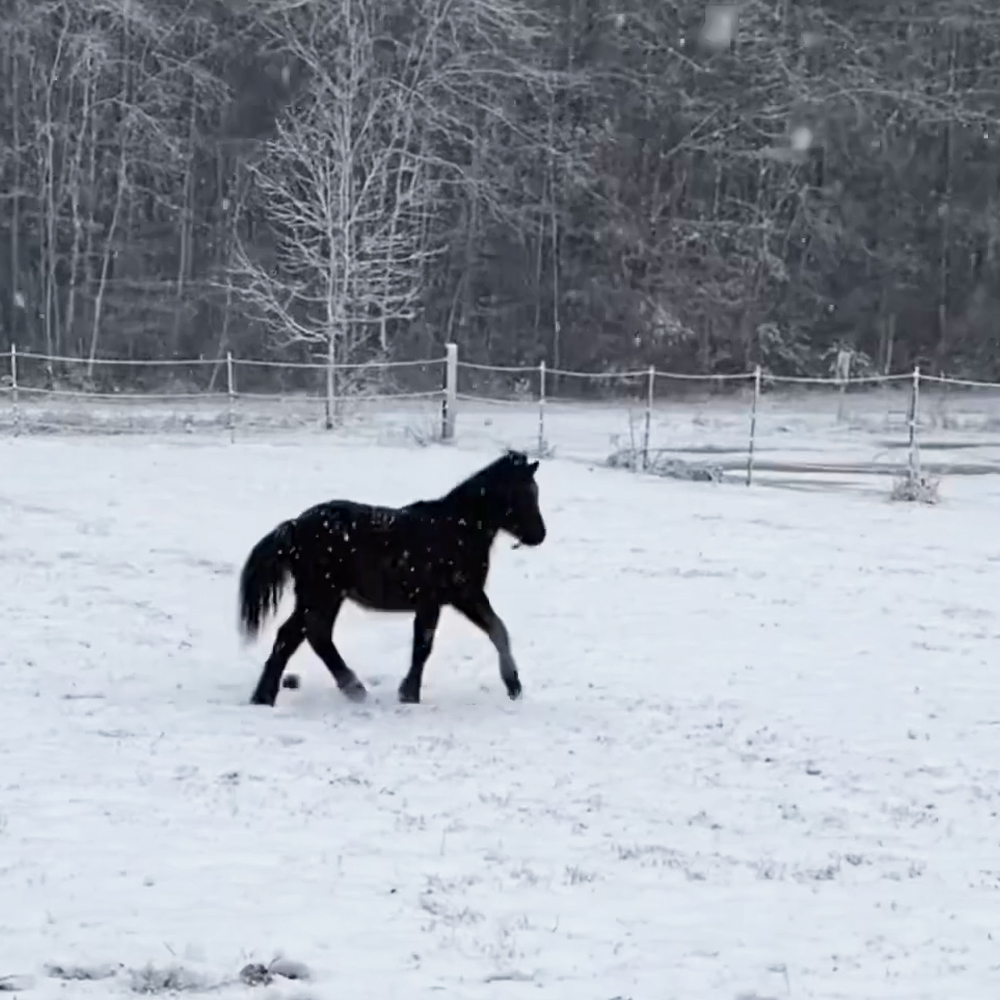 A beautiful black horse, running & playing around in the white snow, was quite a sight for the owner. She could not stop herself from capturing the moment and sharing it with Teddy Bear’s fans.

The beautiful miniature horse, Teddy Bear, did not bother that the snowstorm was in full swing. Instead, he enjoyed his first snow with his friend Salem and his owners without any worries.