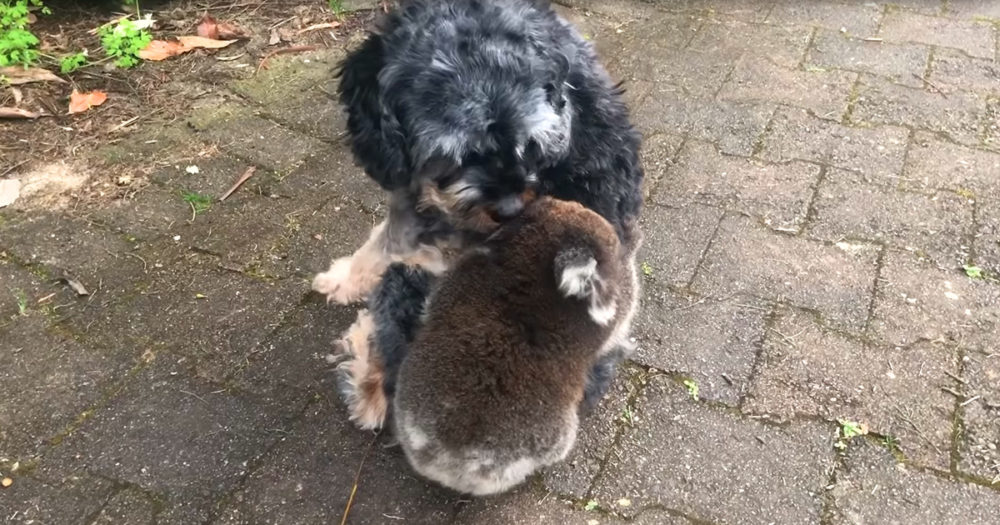 This pooch was all set to have a relaxing lay on the porch – until this unexpected guest showed up. And he has no idea how to shake off his unwanted visitor.

After following his furry friend outside, Tony’s owner was shocked to see that the short-haired canine had attracted the attention of none other than a baby joey. Before they knew it, the befuddled marsupial had climbed up onto Tony’s back, thinking he was his koala mama.

As Tony attempts to buck the needy infant, all whilst looking up at his human pal for support, the desperate joey holds on for dear life. Even when the pooch finally manages to disengage the creature, the poor babe makes every attempt to latch back on as Tony scurries out of his clutches.

Though this joey seems desperate for a mum, Tony’s owner speculates that the absent mother in question was actually just having a sleep up in the trees while her drowsy offspring wandered off. And we can’t blame him for mistaking the shaggy pup for his mother dearest – just look at those luscious locks! 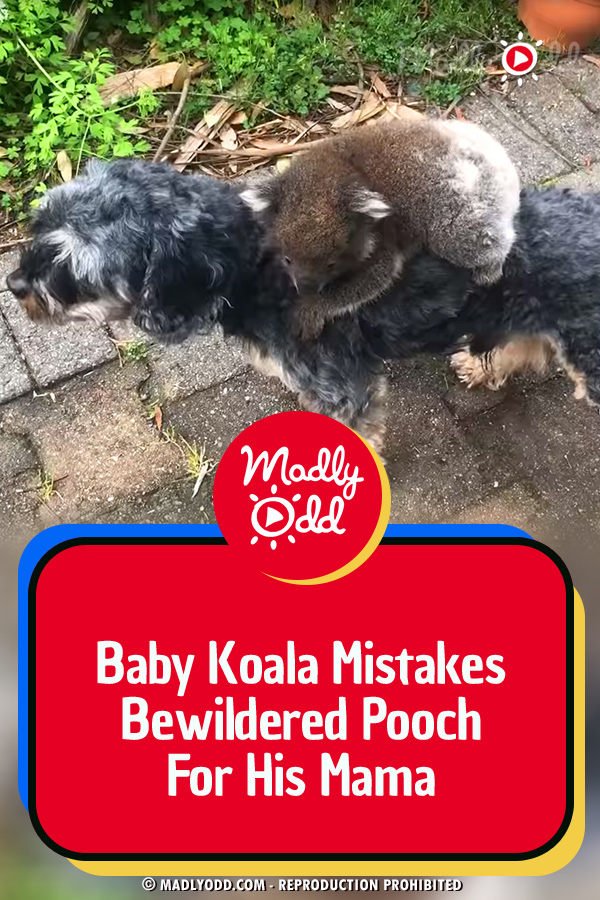