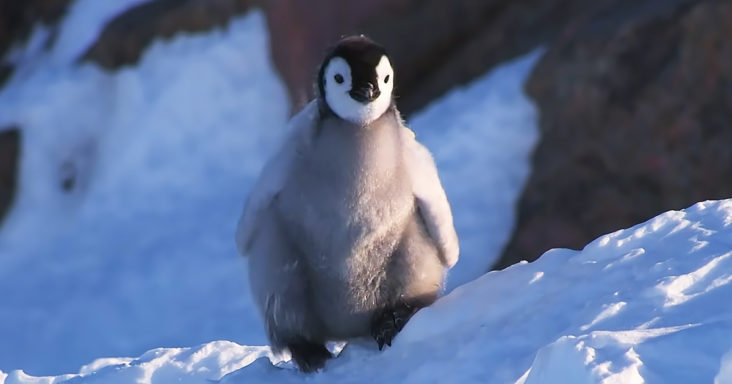 This is an enchanting story about a shy baby penguin who tries to make new friends. These sea birds grow up in one of the coldest places on Earth, known as Antarctica. They live together in a vast colony enduring temperatures of at least minus 60 degrees Celsius. 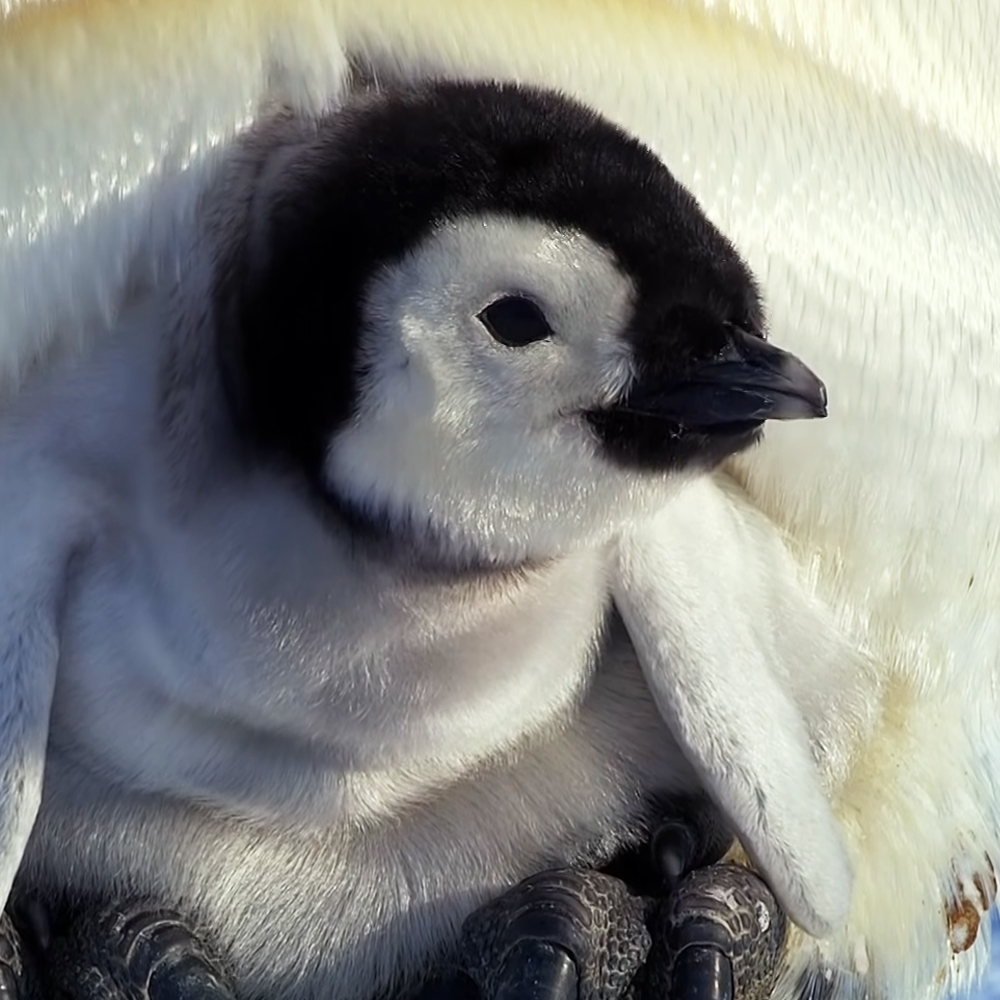 Two weeks had passed, and the chicks were testing their independence and spending time away from their mothers, except one. As he was the last to hatch, the adorable fluffy chick was way behind in development.

While the older chicks were boisterous and confident, this newborn chick still felt comfortable in his mother’s pouch. But penguins are sociable birds, and to survive, the baby chick would have to learn to play his part in the colony. 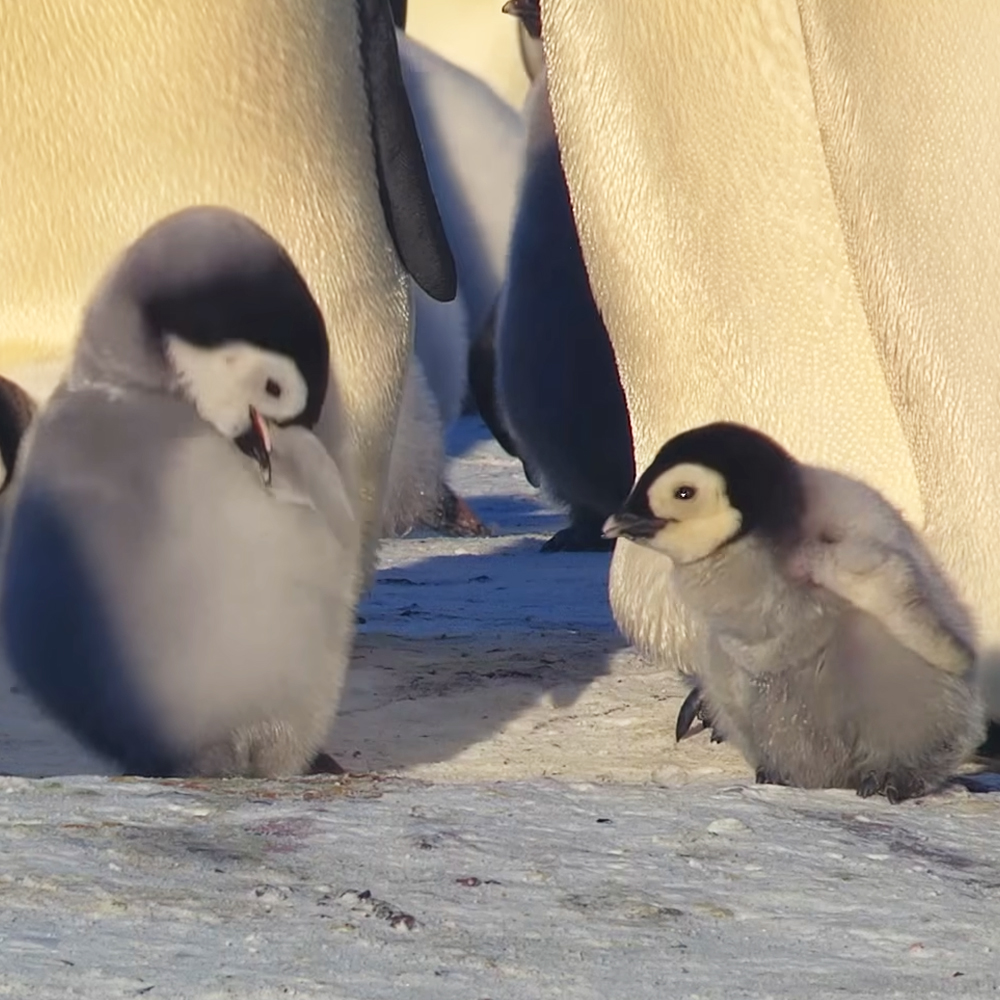 However, for the baby penguin, it was a daunting prospect. Nevertheless, he found some courage and came out of his mother’s pouch. The mama penguin kept pushing the baby as if she wanted him to go out and make friends.

With every step, the adorable fluffy chick took, he gained more confidence. Finally, he reached out to a group of older chicks, but it was tough to join the club as he was the smallest. He returned to his mom and kept on nodding his head as if complaining but soon settled down. 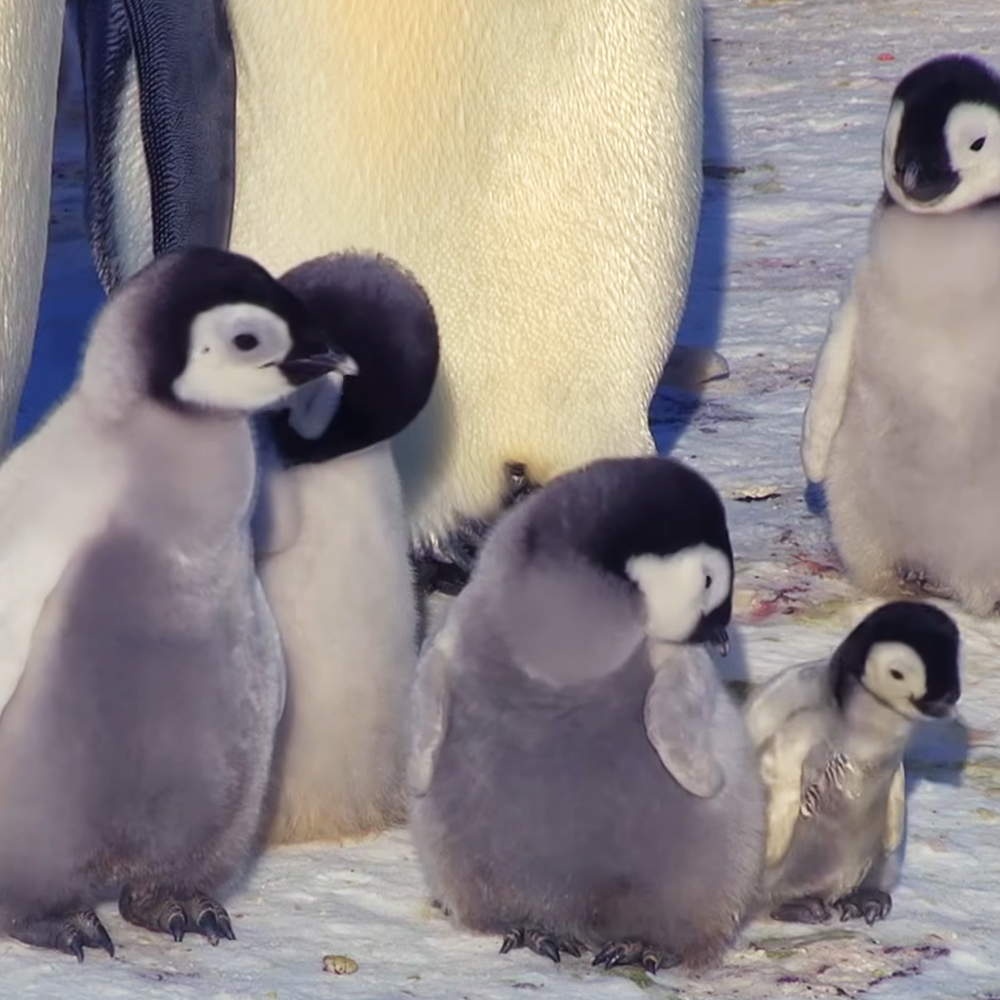 The father penguins reveled in being back in the water out in the open ocean. They had not eaten for four whole months and had lost half of their body weight. To stock up on fish and squid, they held their breath for up to 20 minutes and dived to nearly 600 meters deep in the ocean.

Three weeks had passed at the colony, and the little penguin could now follow his mother confidently wherever she went. But he was still learning how things were done and how they shouldn’t. So now, the once nervous toddler has become a confident explorer.