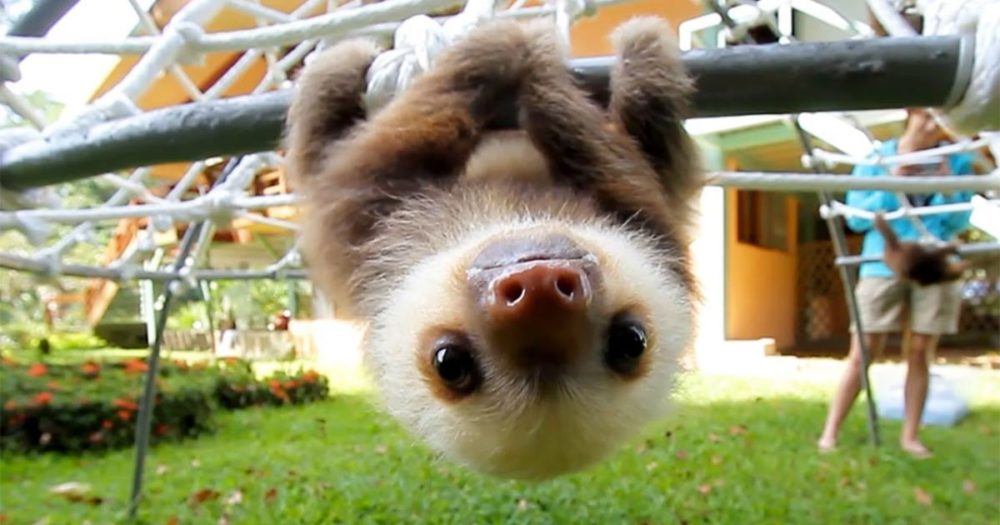 Sloths are some of the cutest animals on planet earth. These drowsy adorable creatures are known to sleep for nearly 20 hours a day. Can you imagine that? They rarely move even when they wake up. Since they are so inactive all the time, algae actually grow on their fur.

The video below features some baby sloths putting an adorable show for the camera. What they do on the video is going to steal your heart for sure. The precious baby sloths look like they are trying to have a chat with one another, but we really don’t know what they are talking about. This video was taken at the Sloth Sanctuary in Costa Rica. The organization has officially been operating as a rescue center since 1997. Along with advocating for the conservation of the sloth’s natural habitat, the Costa Rican rainforest; they research, rescue, rehabilitate, and release sloths back into the wild.