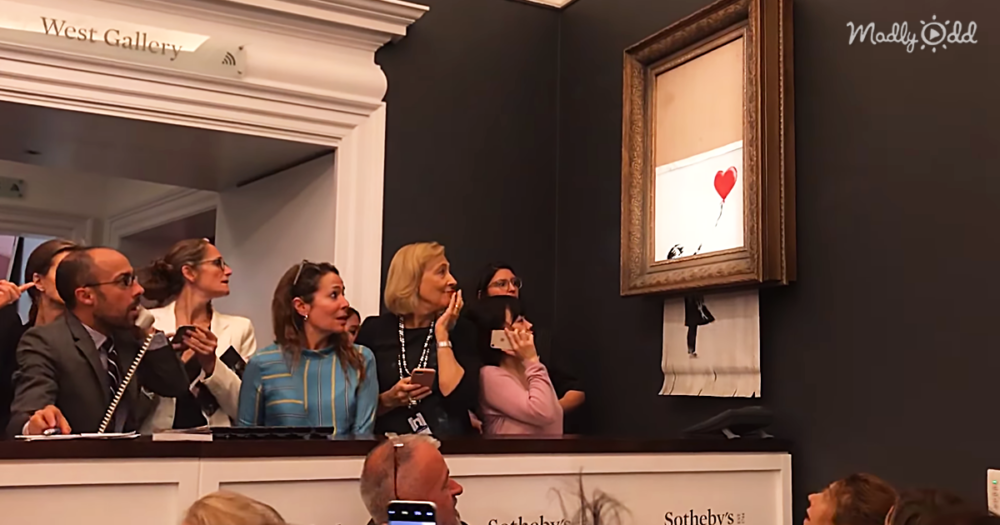 Since the 1990s, the anonymous street artist, political activist, and film director Banksy has been using his art to make attention-grabbing statements.  On October 5, his famous painting Girl With Balloon was sold at auction at the renowned Sotheby’s in London. It sold for the impressive price tag of £1,042,000 (or $1.4 million).

No one there knew that they were in for a huge surprise, though.  After the incident, Banksy uploaded a video explaining the huge secret behind this painting.  A few years ago, the artist secretly built a powerful paper shredder into the ornate picture frame holding the painting.  He created it in the event that his picture might be sold at auction one day, and his patience was rewarded. 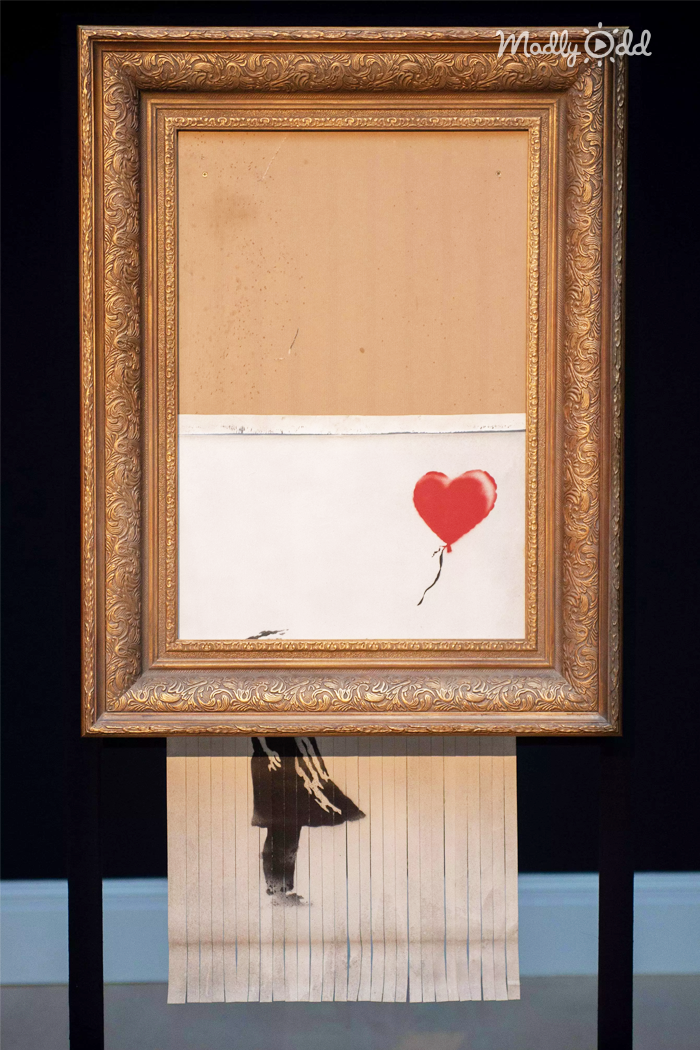 Like any other auction, the auctioneer finished up the sale of Girl With Balloon and finalized the top bidder.  The people in attendance were milling about, taking care of business and observing, when to their shock, the picture inside the frame started dropping out of the bottom of the frame – in shreds.  As the hidden built-in paper shredder pulverized $1.4 million worth of artwork, everyone in the room began to gasp, and the gallery’s staff rushed to pull the painting off the wall.

After the shredding prank, a spokesman for Sotheby’s commented: “It appears we just got Banksy-ed.”  Once again, Banksy got everyone’s attention and made a statement.  The best part of the entire clip, though, was the look of sheer horror on the woman’s face that sat directly next to the painting as it dropped out of the frame in pieces – priceless! 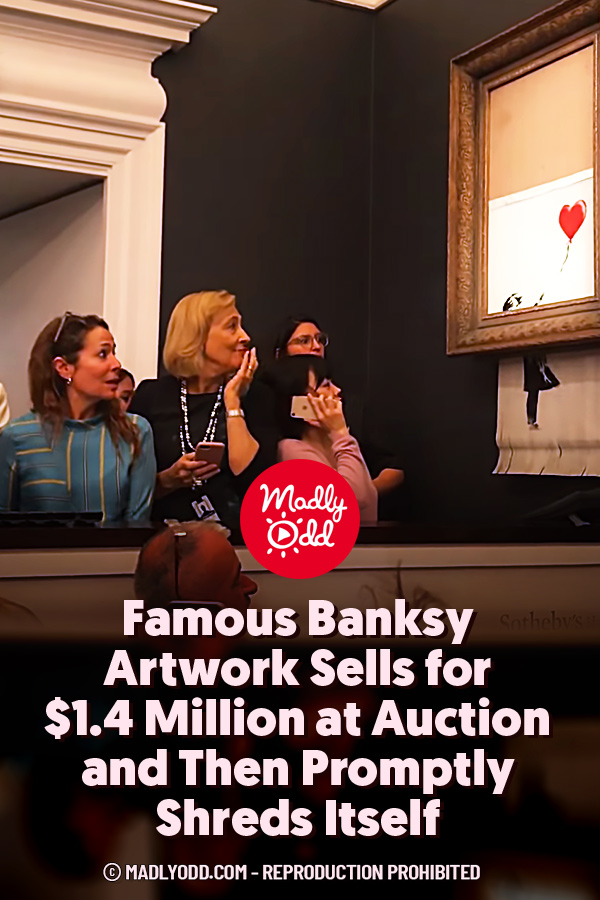