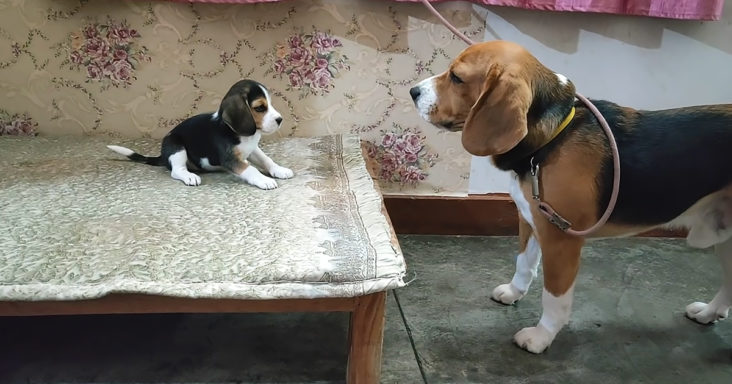 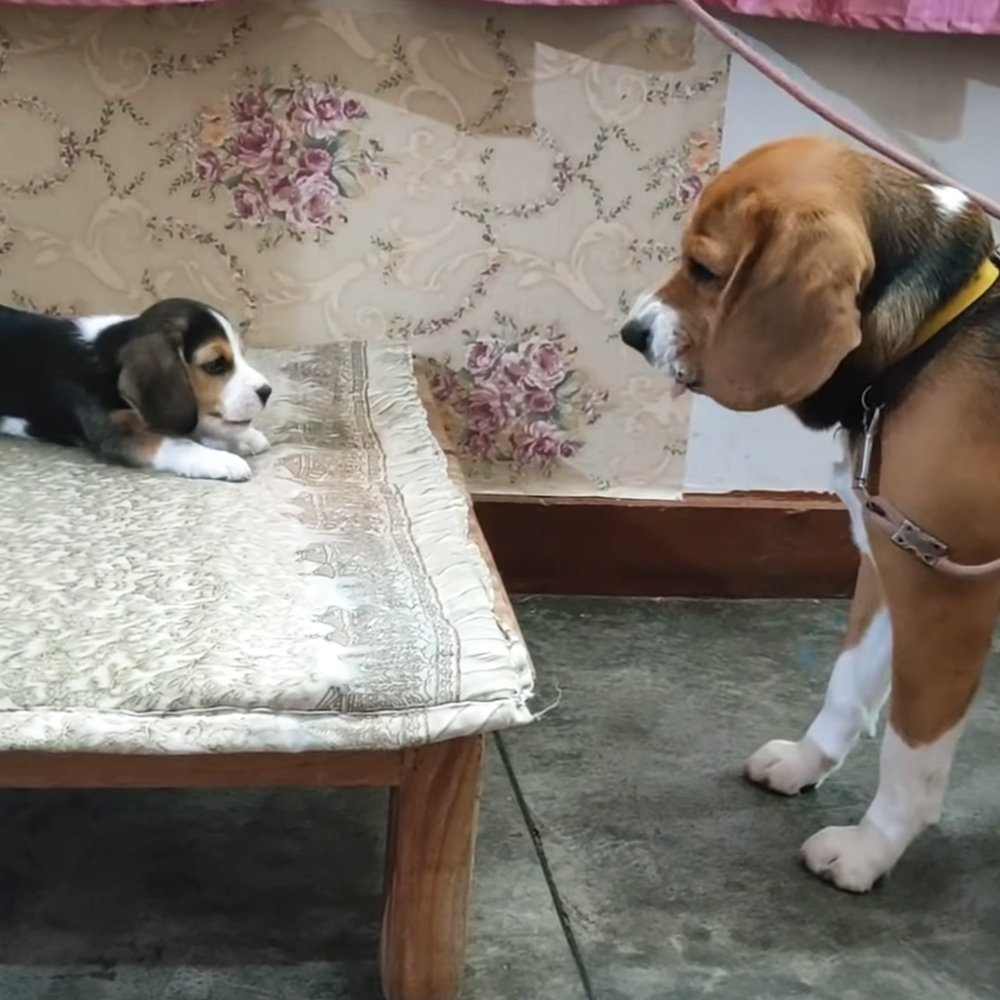 It is hard to decipher what the two are talking about. However, several fans have come up with their own guesses. Experts believe that this is just a friendly conversation between two dogs.

As both the dogs seem to be relaxed and take turns barking at each other. The conversation involves advance, retreat, pouncing, and prancing of paws showing that the dogs are friendly and familiar with each other. 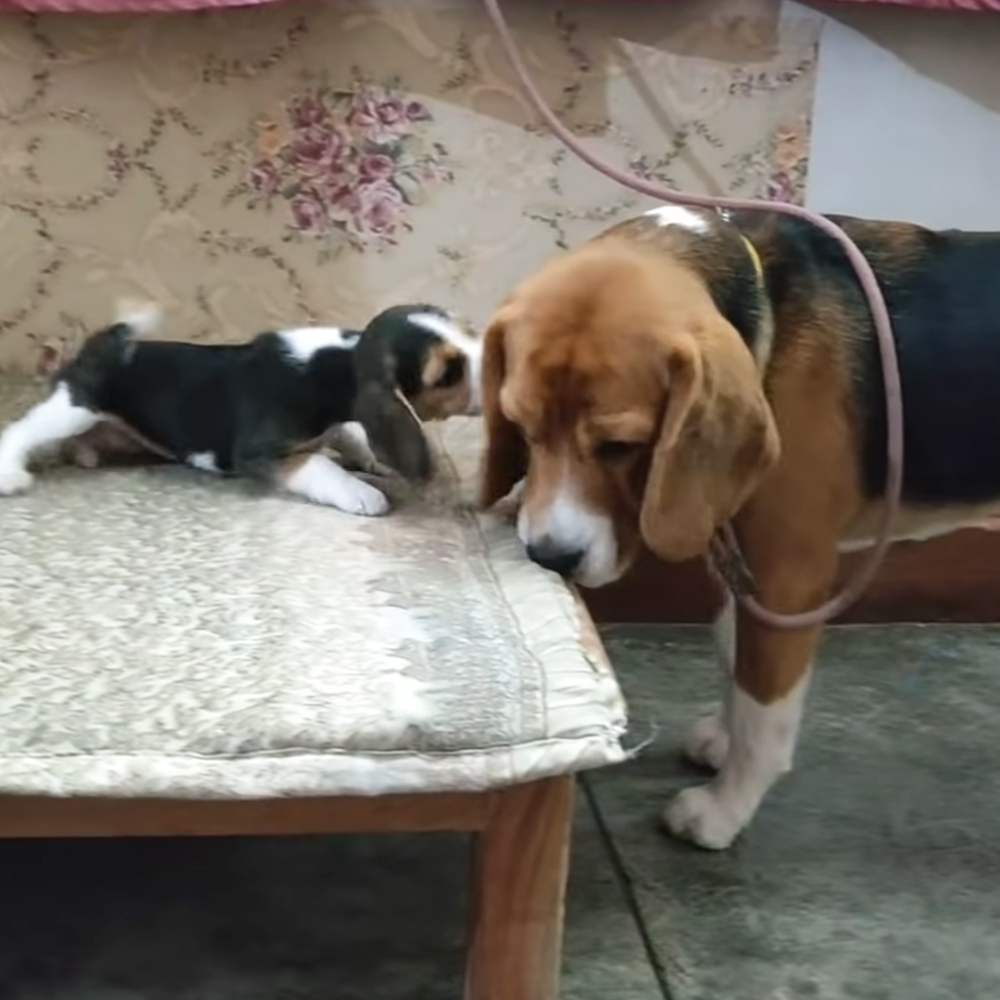 Leo is spending a reasonable amount of time with her daughter Lilly. The puppy is at the eye level of her dad as she is sitting on a bench. She is in a playful mood, and it seems that she wants her dad to play with her.

However, her beagle dad wants her to learn how to howl like a dog and insists that she barks. Lilly, being a fast learner, quickly understands what her dad has taught her. 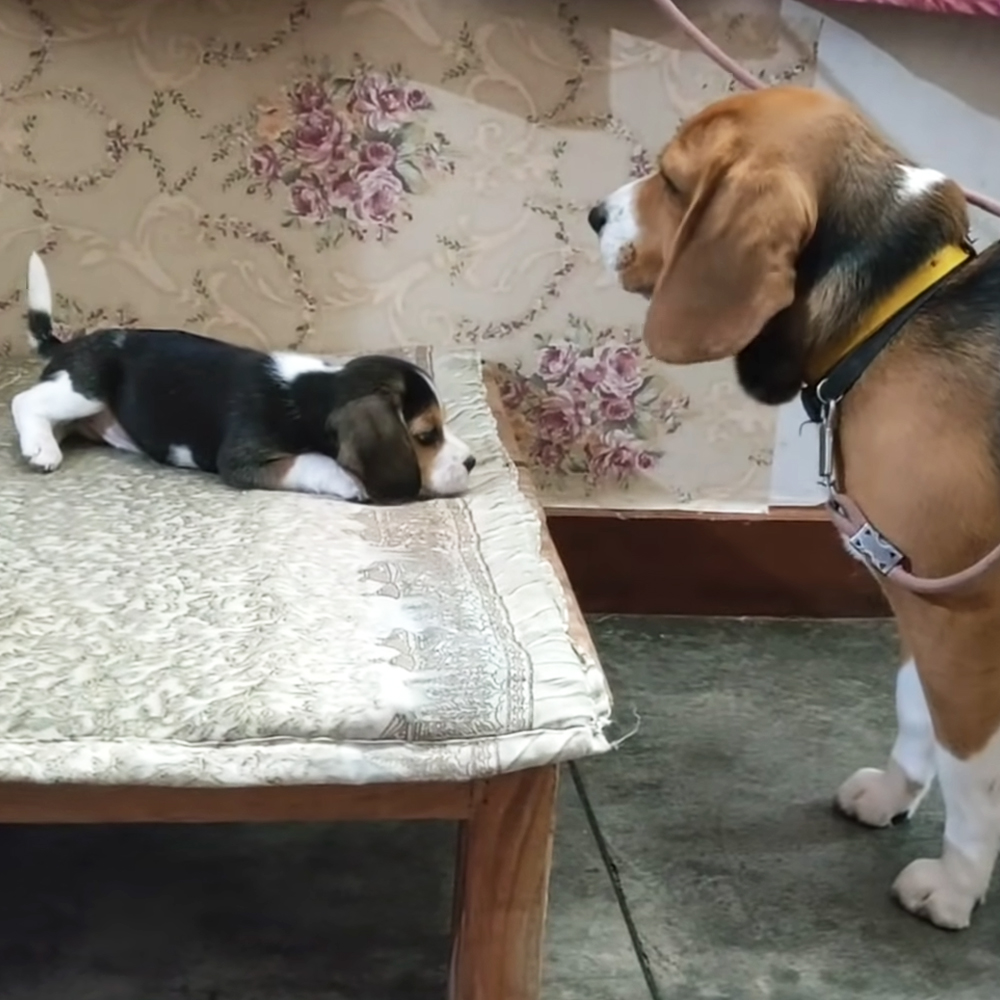 Leo must be both happy and proud of how his puppy learned the skill so fast. However, Leo’s fans believe he fears his bold daughter, taken aback when her tiny daughter barks at him with all her might.

Whatever the reason for the conversation, it sure is one of the cutest interactions between a father and daughter. However, Leo and Lilly must have no idea how adorable they are to us.