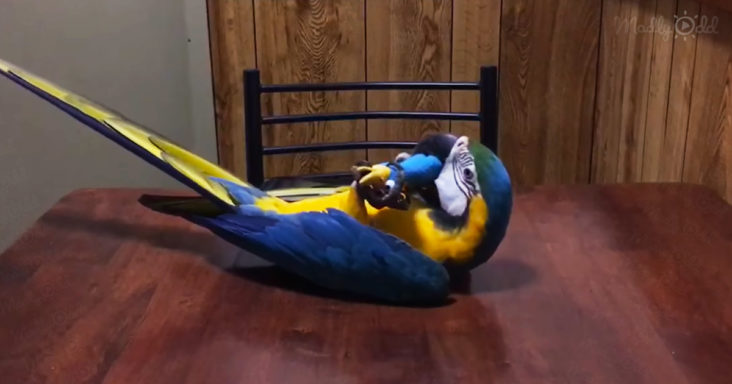 Bubba Cyan, a Blue Macaw, has been given a new toy that looks like her. And now she has figured out the toy squeaks. It seems like she can’t get enough of it.

After Ed Remedio shows his playful parrot the toy, she is put on her back and squeezes the toy just like she was shown. Generally, Blue Macaws are considered to be one of the most intelligent and affectionate birds.

The curious bird stands at the wooden table, watching her human open the toy from its pack. She holds the toy in her feet and proceeds to bite on it at first. Ed Remedio presses the toy in the belly and makes it squeak. 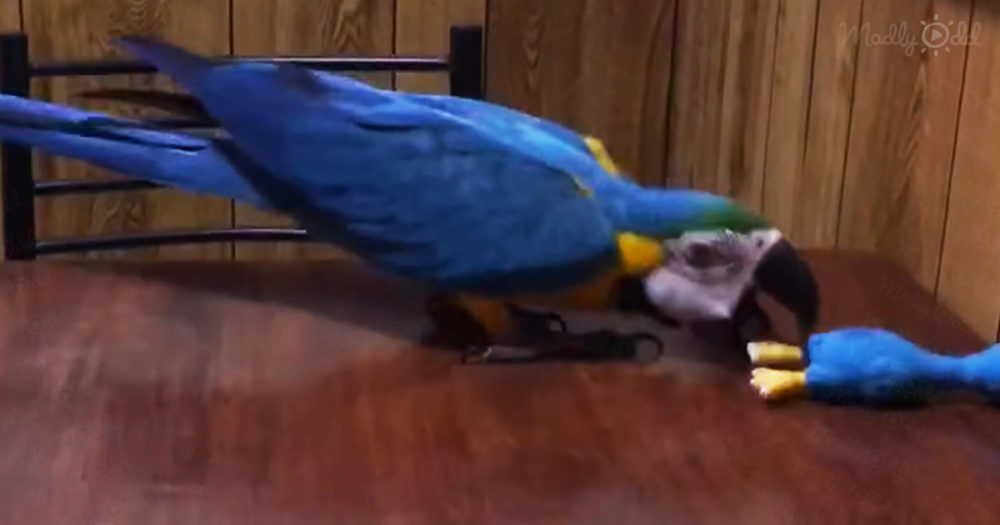 Soon enough, it occurs to Bubba Cyan that the belly is what she should press to make it squeal. Once she has figured this out, the birdie doesn’t get enough and keeps making the toy squeal.

The parrot adores this noisy toy. Perhaps she is really a dog dressed as a macaw. Ed Remedio has admitted she does enjoy playing with her toys, particularly the squeaky ones. She also enjoys going outside with her harness on.

After playing with the toy, Bubba Cyan grabs onto her owner’s finger and is carried away. Ed Remedio shows his love for his parrot by stroking her. But then gets the toy again and throws it away!

If this Blue Macaw was anything like an African Grey, that toy would probably be completely mawed. Ed Remedio’s love and skill handling this parrot show her tame she is. They must have had a lot of time, bonding.