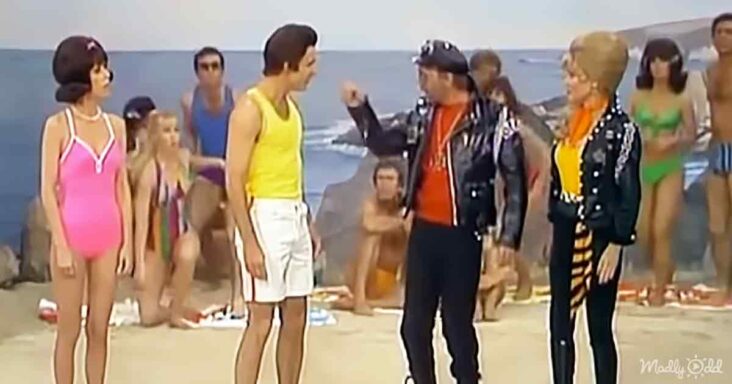 In a classic episode of ‘The Carol Burnett Show,’ Steve Martin guest stars with Betty White in a skit called ‘Surfer Baby.’ The scene begins with people dancing in bikinis and swim trunks on the beach. They sing the name of the short movie ‘Beach Blanket Boo-Boo.’ Then, they sing a song about surfing while doing the Twist and waving their hands in the air. 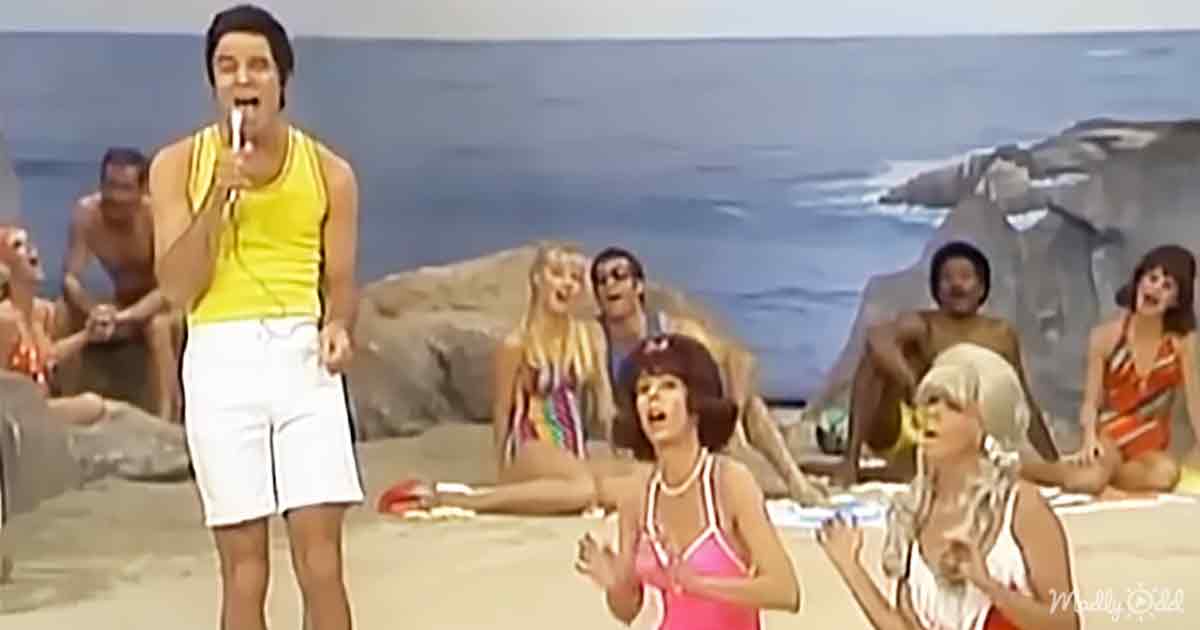 Carol appears with Vicki and says, ‘What a groovy spot you picked!’ Vicki says, ‘And it’s a great place to meet guys.’ But Carol is only interested in ‘Frankie’ played by Steve Martin. Vicki reminds Carol that Frankie is going out with Diane.

Steve Martin runs out and waves to everyone with his slick black hair, white trunks, and yellow shirt. The two girls freak out. He tells everyone to get ready to surf, but the ladies ask where his girlfriend is, and he tells them they have broken up. 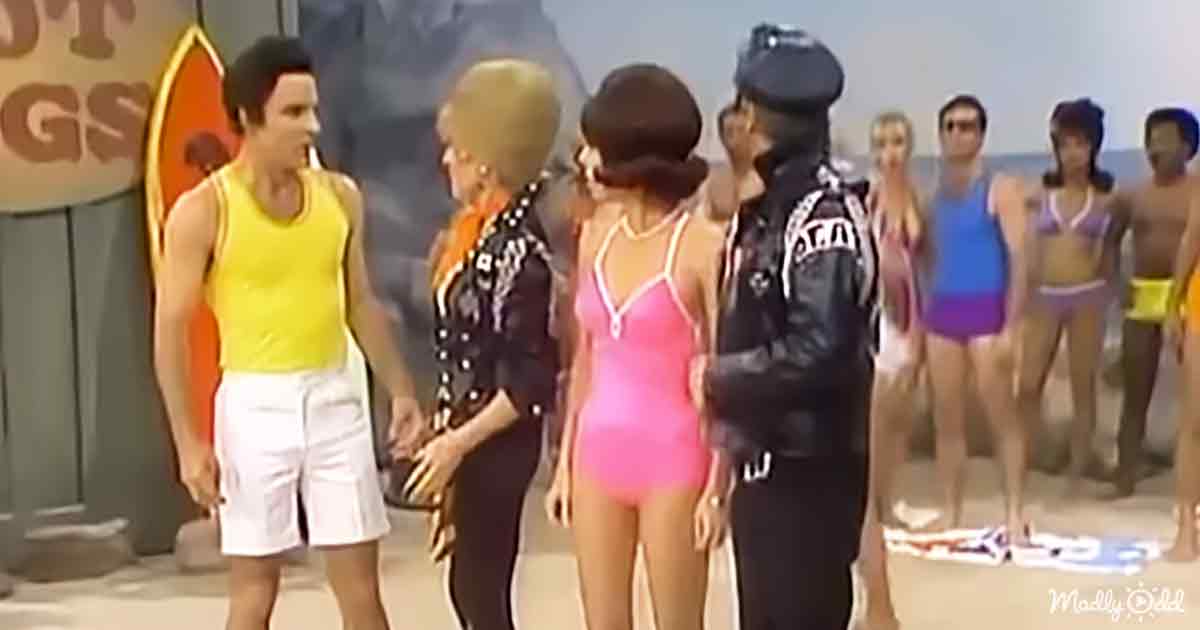 Carol and Vicki get excited and ask him to tell them about it, and Steve pulls out a microphone from his pocket and starts to sing. He sings about how he broke up with her because she got a nose job! He finishes singing and says, ‘It’s time to surf.’ Everyone gets up, and Carol tells her friend that she will surf with him because he is all alone, and she feels bad.

Then they both are on surfboards in front of an obvious green screen, and the crowd loses it laughing. They talk a bit, and then Steve invites Carol onto his surfboard, and they surf together while singing a song called ‘Surfer Baby.’ 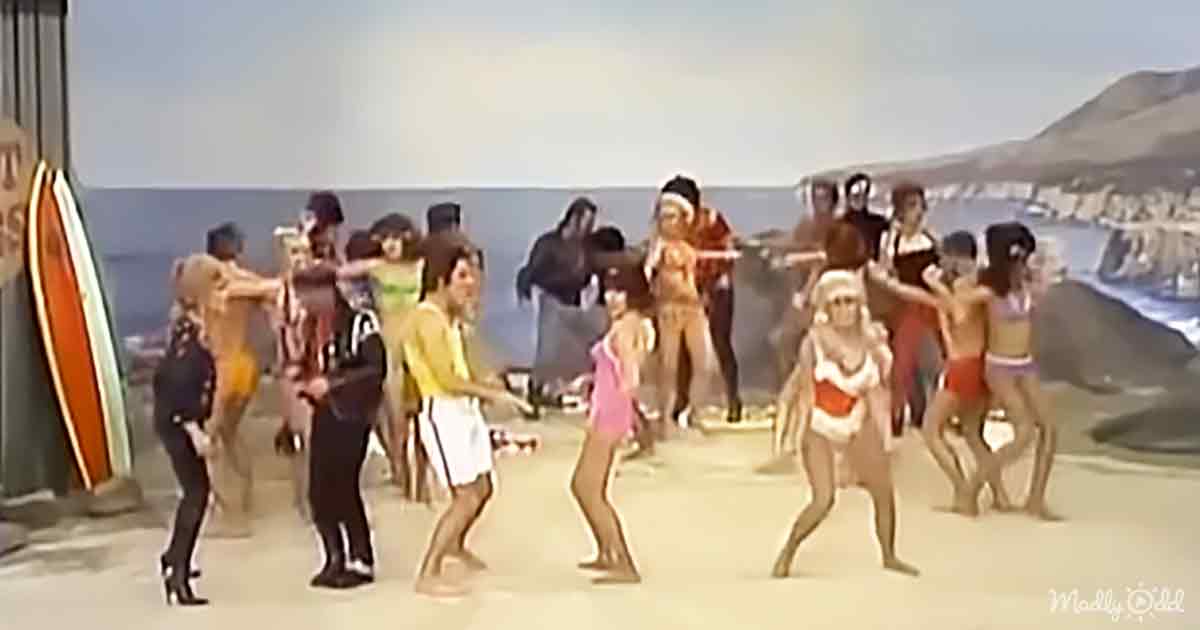 Steve confesses his love and says, “I’ll never look at another girl.’ Then, Betty White pulls up on a motorcycle and struts onto the beach. Steve sees her and says, ‘Unless she’s wearing black leather.’ The bikers threaten the surfers to get off the beach, and Steve complies, but Carol yells at him.

Betty says she likes her men weak, and Steve says he likes his woman strong and greasy, and they kiss! Carol stands beside them, horrified, and she lets out a gorilla scream. They all agree there’s only one way to settle the fight, and Steve and Tim Conway surf race for it. Tim surfs on his bike while Steve surfs on his board. The girls cheer them on, but the race ends in a tie, and everyone agrees to get along in the final song. 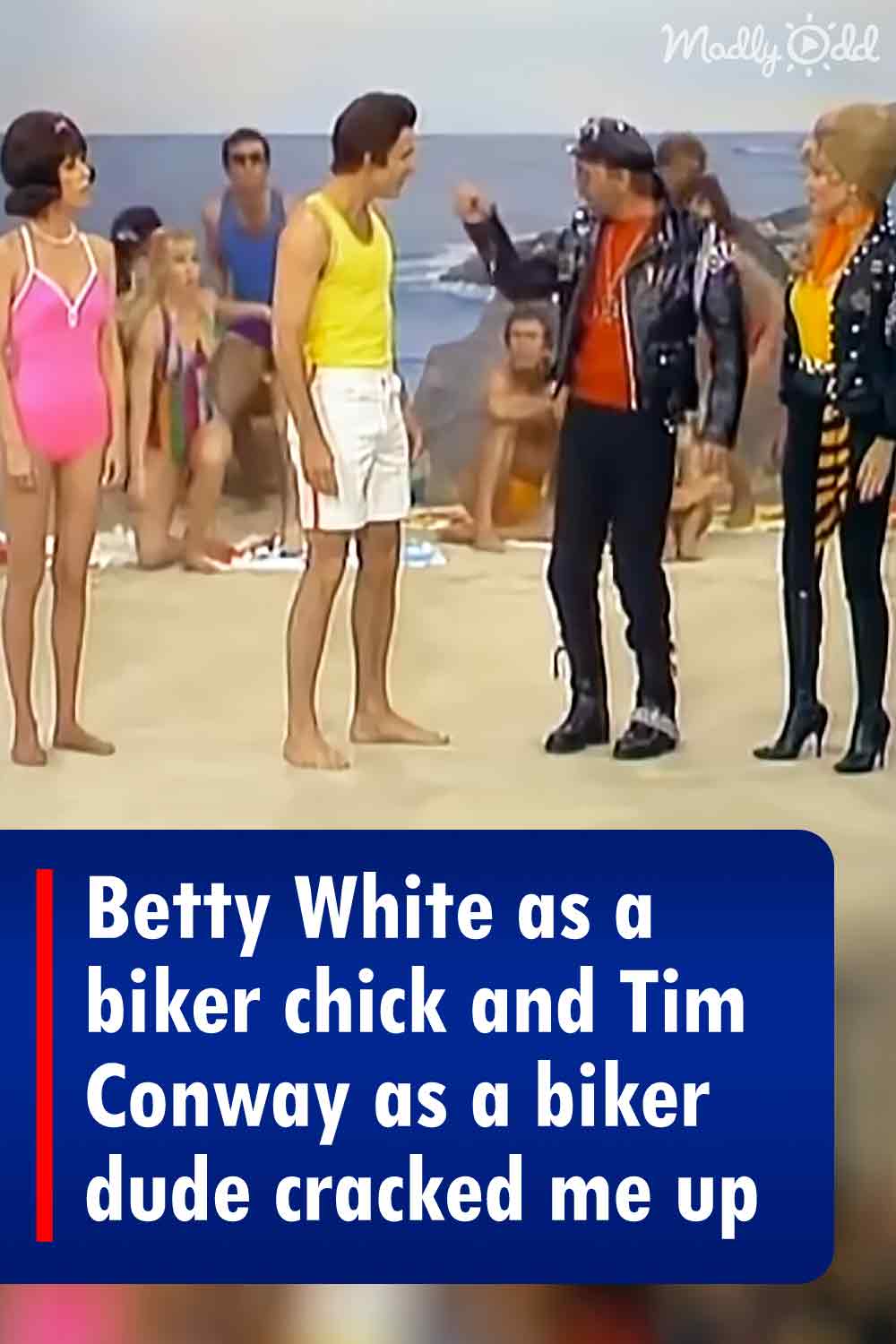