Ukraine’s Got Talent winner Kseniya Simonova returned to ‘BGT: The Champions’ and had viewers in tears after her emotional performance won her Amanda Holden’s Golden Buzzer.

At the start of her performance, Kseniya explained how she works with children who have cancer, and she creates sand stories to inspire and  “encourage them to keep fighting.”

Then the 34-year-old Ukrainian sand artist created a bouquet of beautiful imagery, set to tranquil music. Her story then depicted the children whom she works with. At the end of the emotional story, she created a picture of a beaming child, healthy and happy again.

Then with a sudden, unexpected flourish, Kseniya concluded her he performance by writing ‘Never Give Up.’ That was enough to force Amanda Holden to slam the coveted Golden Buzzer, much to the crowd’s delight.

Happy #InternationalDayofCharity! For 10 years I’ve been creating sand videos to encourage ill kids struggle their illnesses,be strong and believe in themselves.hope it helped a bit. Never give up – is the best message for everyone. Let the Good always Win! #sand #kseniyasimonova pic.twitter.com/zBynIfPdXE

When the golden confetti finally settled, a tearful Amanda Holden composed herself and said,  “I heard at the beginning you said you work with cancer patients, specifically children, so the whole message was very uplifting and very emotional.”

“But I think for me, your sort of quiet skill requires no language, no nothing. This is the champions of champions, with all nationalities, we’re going across the world, your performance, nothing needed explaining, you did it all with just sand.”

Want to see more talent from Internationally-Acclaimed Sand Artist Kseniya Simonova? Catch her stunning Golden Buzzer Performance on ‘America’s Got Talent: The Champions’ below before you go. 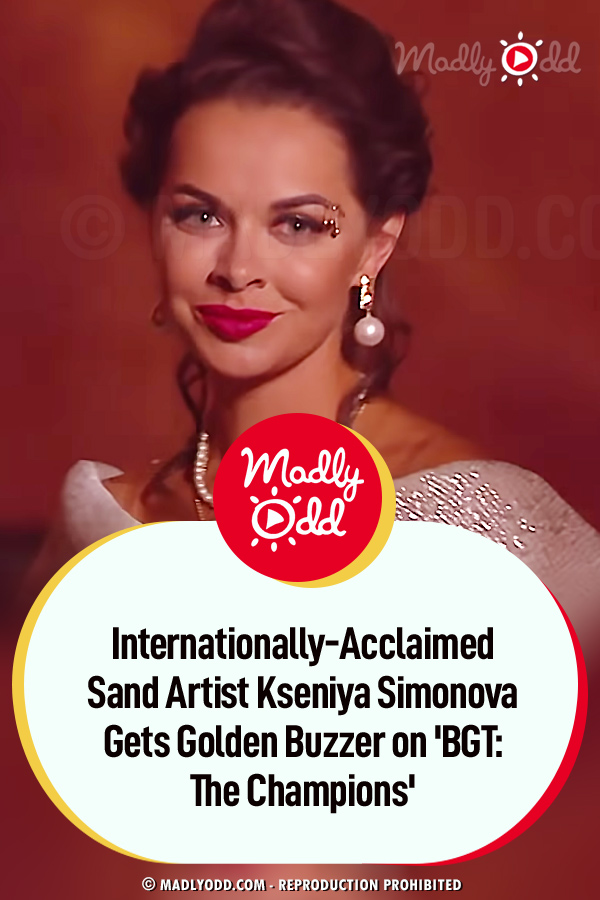