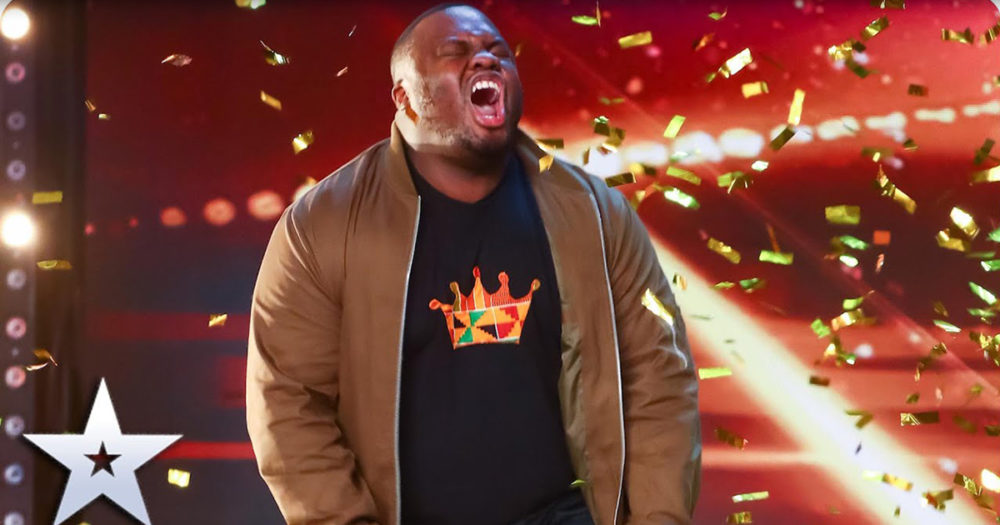 Thirty-four-year-old Nabil Abdulrashid from Croydon, South London auditions for Britain’s Got Talent eager to pursue his dreams and end up in a position where he can spend more time with his kids.

Nabil Abdulrashid is a devoted Muslim comedian, who says that he doesn’t seem to look much like an ‘Abdylrashid’ but rather a ‘Tyrone.’ His arsenal of quips concerning his faith are inoffensive, and hilarious, earning him a much-deserved BGT Golden Buzzer.

Nabil is an enigmatic comedian whose delivery couldn’t be funnier. His oh-so-inappropriately-appropriate humor will have you laughing out loud from the beginning to the end of his act.

With the crowd urging her on in a roar of ongoing chanting, judge Alesha Dixon struck the Golden Buzzer giving the audience the result they were looking for, and passage through to the semi-finals for Nabil Abdulrashid.