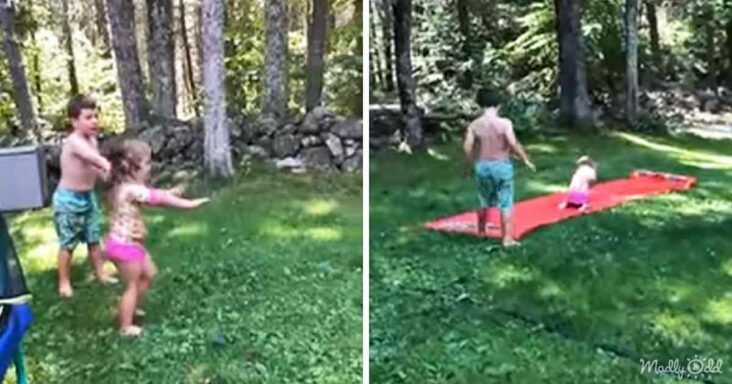 Many of us are lucky to have great memories of our younger days because of our elder siblings. They may fight with you a lot, but they are the ones who will fight for you when the time comes and guide you to do your best. 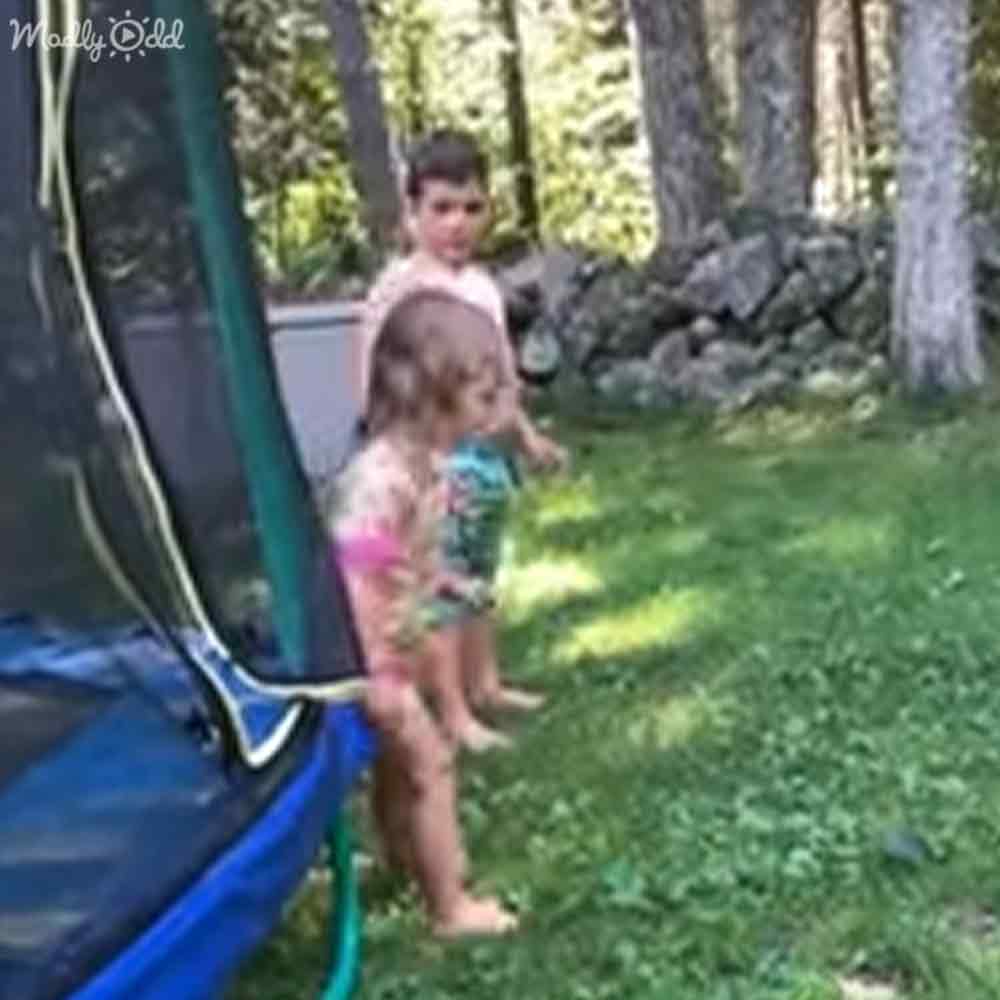 One such incident garnered a lot of attention when a mom shared a moment of her two little kids playing in the backyard. The brother and sister duo were trying to beat the afternoon heat.

Both of them had decided to play on the outdoor waterslide. However, the boy’s younger sister had difficulties nailing down the correct technique to sail down the slippery plastic sheet. 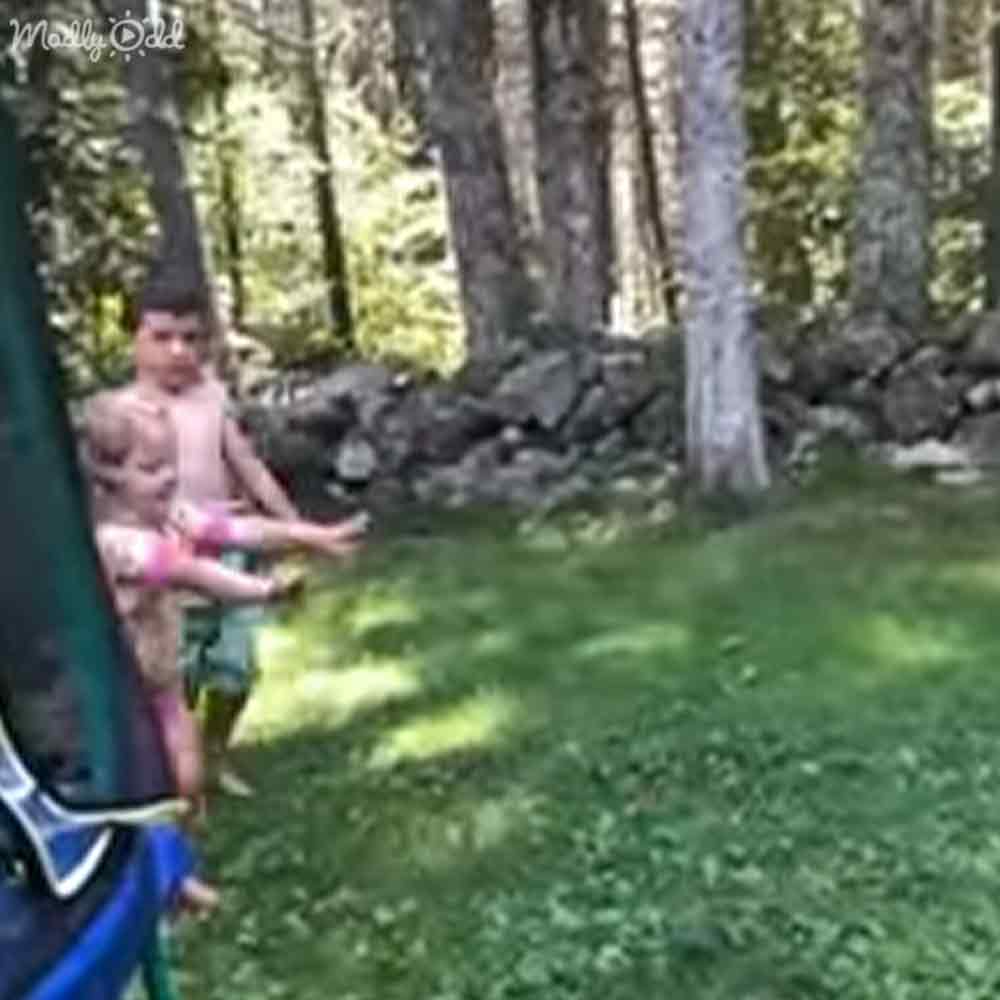 That was when the elder brother decided to step in. The little boy decided to show his sister how to sail on the waterslide. Unfortunately, his sister initially did not get it right and got stuck when she slid.

In his kind but firm manner, the elder brother told his sister to try again the same way he had advised. So the younger sibling tried going down the slide again and nailed it this time. 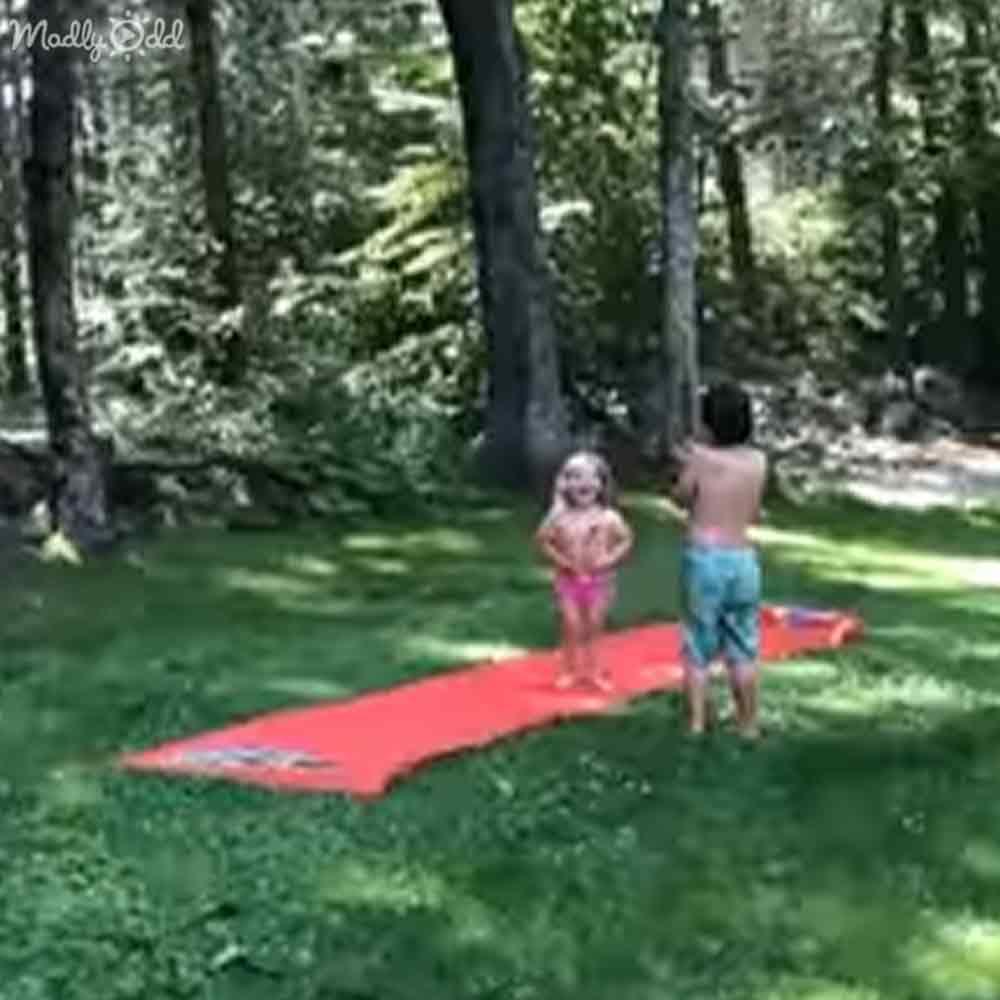 However, the brother was more excited about his sister getting things correctly than the younger sibling. Therefore, this was an excellent way to guide the younger one to do something correctly.

This interaction showed that the big brother really cared for his little sister. He guided her when she could not complete the task correctly. It proved that it was always good to have friends but siblings are forever. 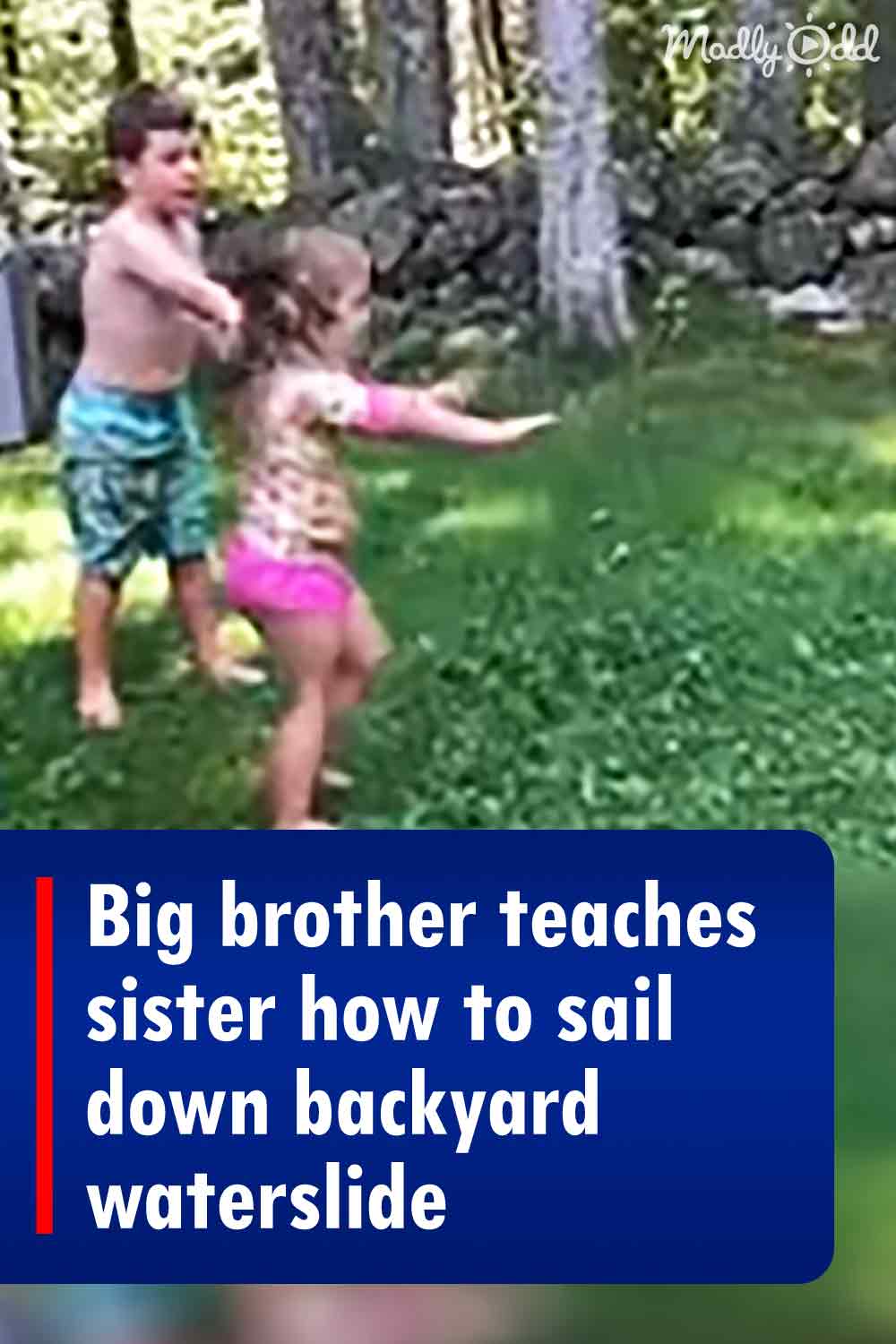