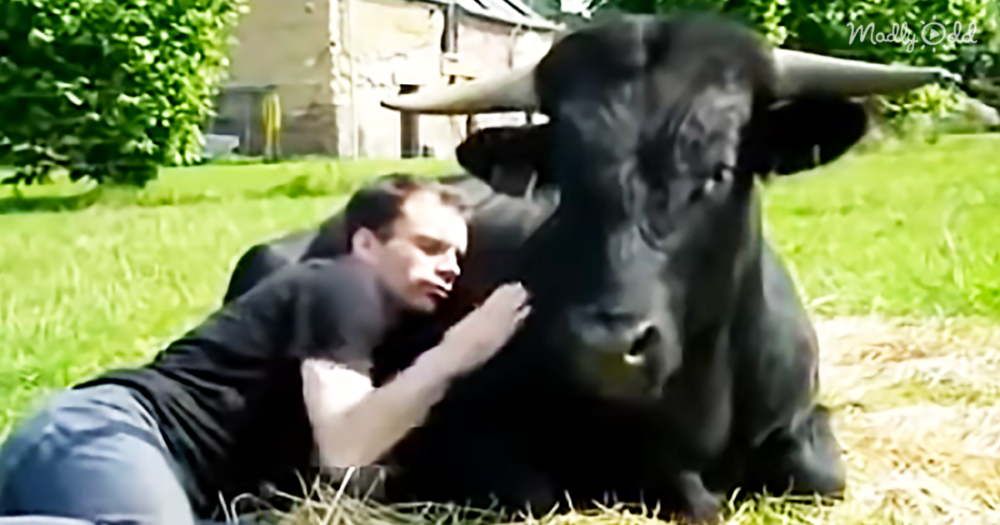 If you’re reading this AFTER having watched the video below, the facts will seem even crueler. According to estimations, 250,000 bulls are killed every year in the bullfighting industry. Forty thousand of these terrible deaths happen in Europe alone. Bullfighting is not new – which we suppose is half the battle when it comes to trying to stop it – it actually dates back to 711 A.D.

The first official bullfight, “Corrida de Toros,” was held in honor of the coronation of King Alfonso VIII. Because of this “tradition,” and the fact that it’s rooted in majesty, no doubt, it has been around for thousands of years. But we think that fact does not make it okay. Bulls might look tough, but these poor animals don’t want to fight. 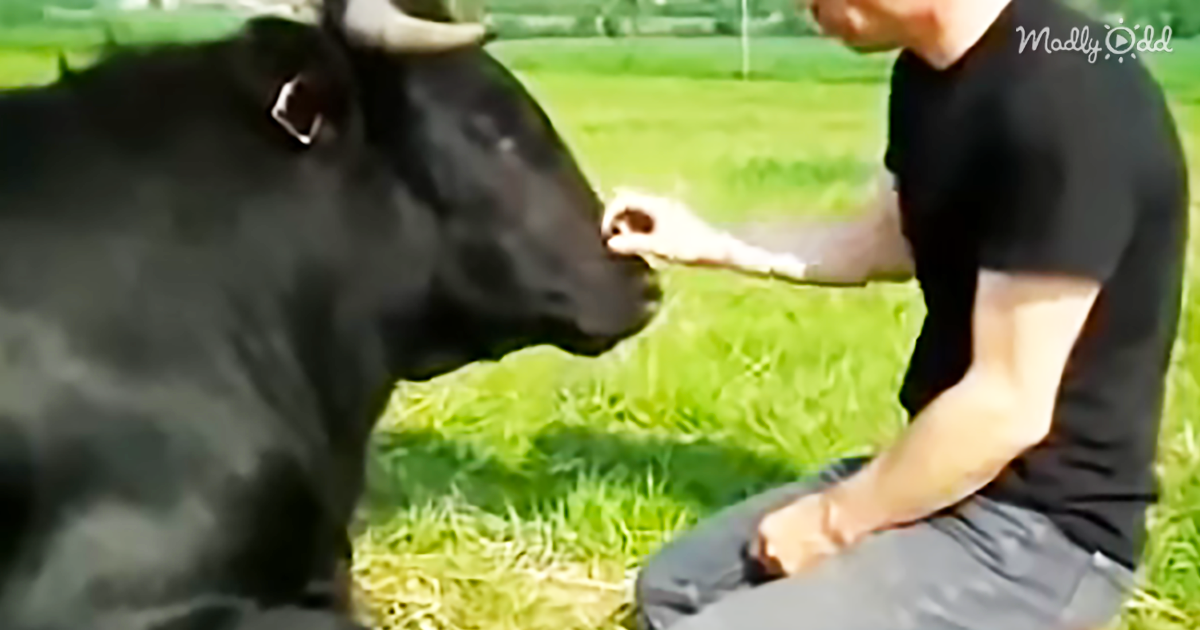 Christophe Thomas of Rennes, France, decided to give a bull the opportunity to showcase his feelings. He went out and bought a bull called Fodjen from an auction. Fodjen The Bull was intended as a fighter for the ring. But Christophe managed to prove to the world that Fodjen would rather cuddle all day (and, judging by this, probably all night too) than go headfirst into a bloody fight.

Fodjen will melt your heart. We’re sure we can hear him saying, “left a bit Dad, just under that ear… ahh, fabulous!” Just take a look at this video to see how loving this adorable bull really is.