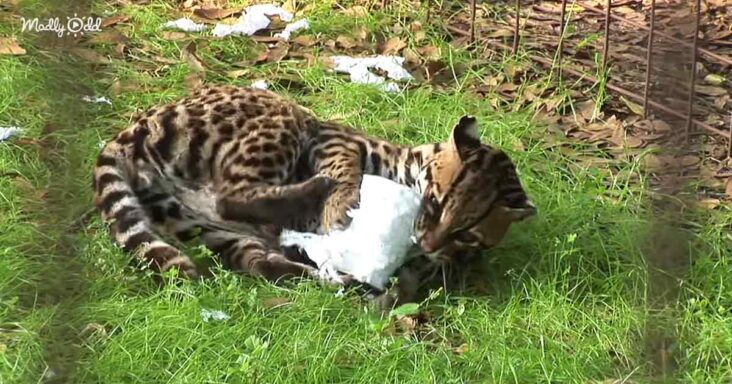 Marmalade was a pet cat living with her owner. The beautiful feline had much fascination for toilet paper. Whenever Marmalade had the opportunity, she would happily destroy a toilet paper roll. 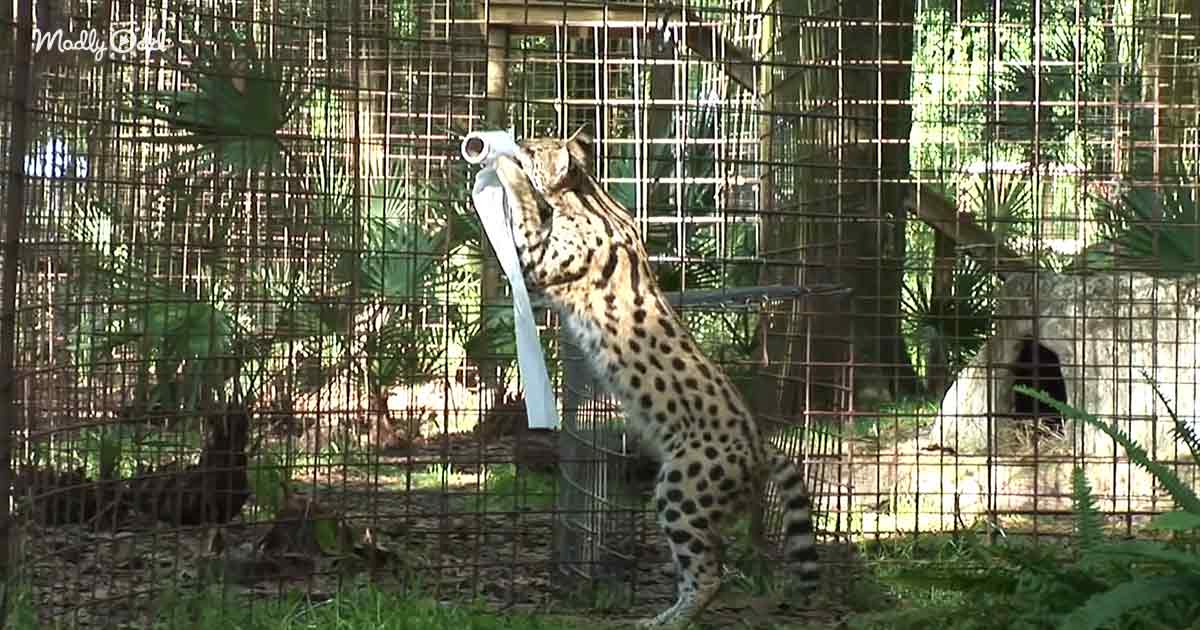 Marmalade’s dad was a volunteer at the Big Cat Rescue in Tampa, Florida. So he decided to check and see what the exotic feline residents of the sanctuary would do when they found a roll of toilet paper.

The Big Cat Rescue was a permanent home to tigers and wild cats. In addition, it was a sanctuary for Servals, Bobcats, Lynx, & Ocelots. Marmalade’s dad set up a toilet paper roll on the fence of the enclosure of one of the residents, Ginger (Serval). 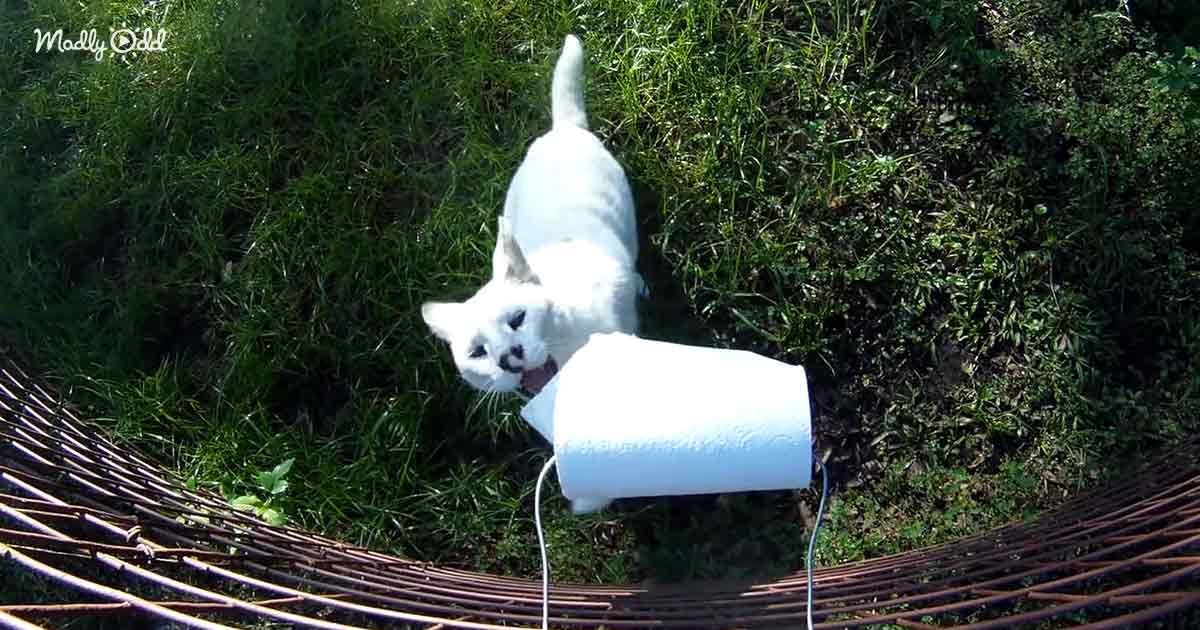 Ginger took her sweet time chewing on the toilet paper and had fun destroying it. The other resident, Apache (Bobcat), did the same. Finally, Pharaoh (White Serval) took out the whole paper roll and played with it.

The next resident was the lynx, named Purrsonality, who had the paper rolled over the body and played with it. Then, Apollo (Siberian Lynx) and his companion Zeus decided to completely shred the paper roll. 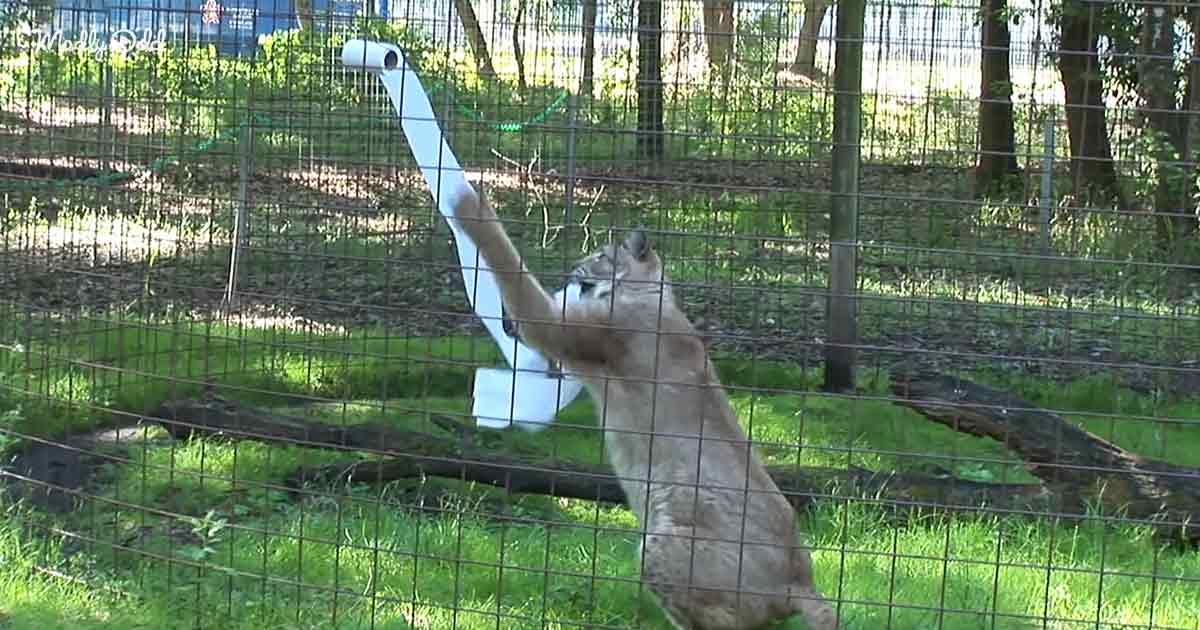 Amazing Graze (Ocelot) rolled on the ground while playing with the toilet paper. It was interesting to know how these wild cats behaved so similarly when having fun destroying the toilet paper.

The wild cats’ fascination with the toilet paper was similar to their domestic cousins. This proved that all types of felines love to play around with toilet paper and enjoy destroying them.