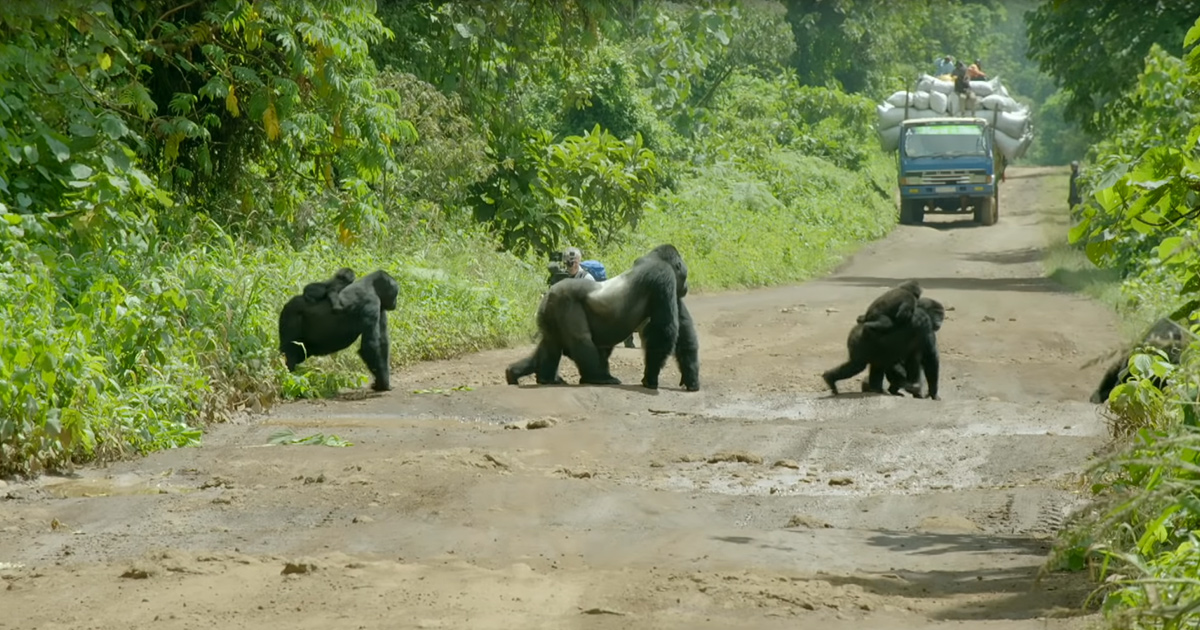 Wildlife cameraman Gordon Buchanan has been following gorillas in the Congo, trying to learn more about them. He is trying to get a picture of a giant male Silverback and his family. The gorilla, Chimanuka, is hesitant to cross the road due to a convoy of trucks traveling down the road.

Finally, after twenty minutes of waiting, they take matters into their own hands. Buchanan’s guide, Lambert, stops the traffic. Not long after, Chimanuka leaves the cover of the bushes. The enormous gorilla struts confidently onto the street

Buchanan introduces us to the gorilla family as they cross the street in a line. Some are still babies, and some are smaller gorillas that are most likely the females. Mwira, the tiniest baby, clings to his mother’s back as she follows the rest of the gorillas.

The camera crew then moves further into the Congo. Buchanan explains about the gorilla trails and gets footage of some other gorilla families. Mugaruka, another massive gorilla, steps into the street with no hesitation at all (since he is unaccompanied) and barely pays the human photographer any attention. 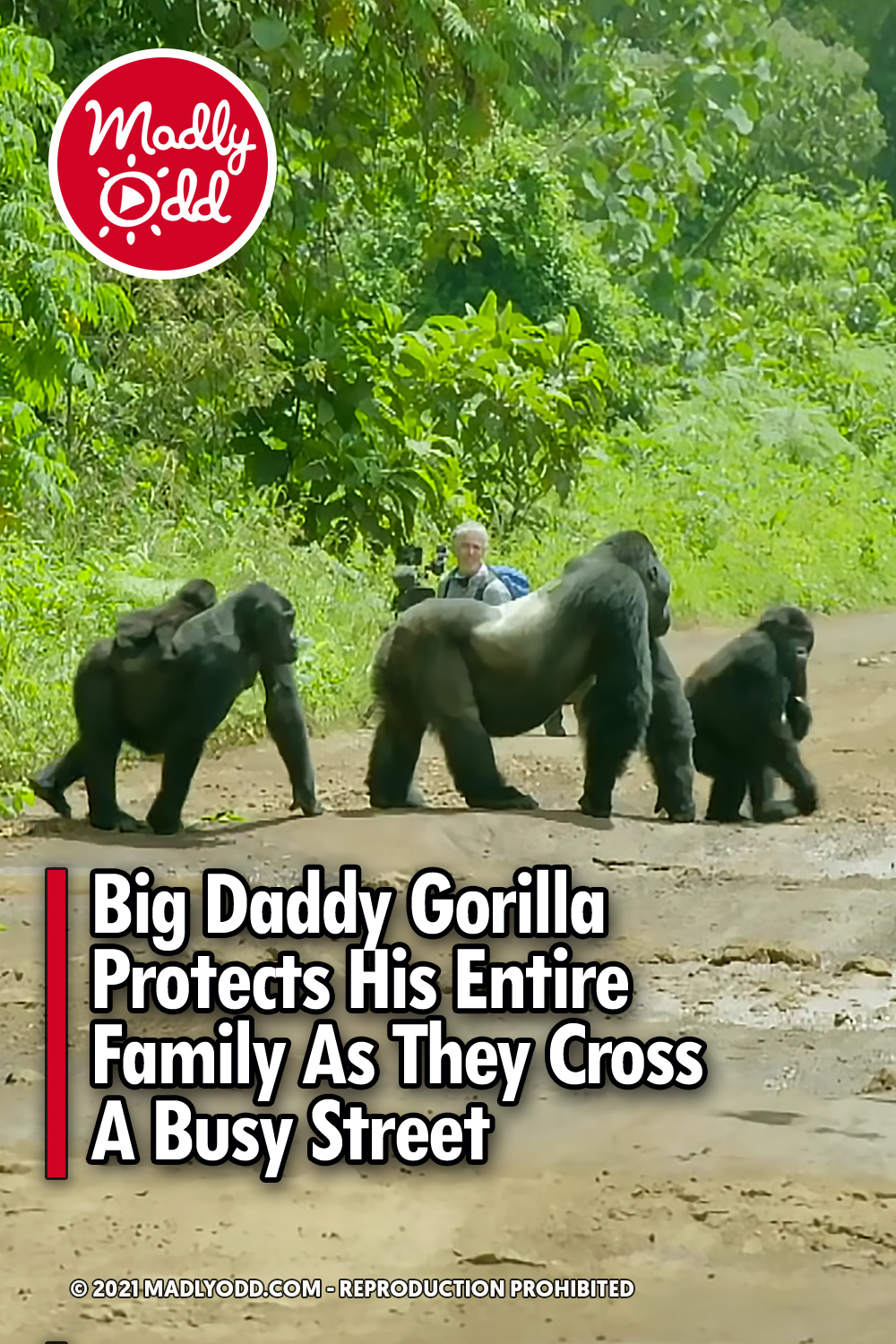