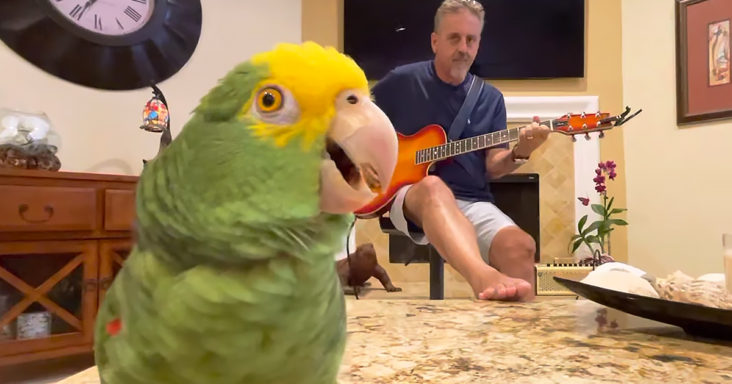 Finding a parrot imitating a human’s speech is a common sight. However, coming across one that actually sings a song in harmony with a guitar is something really extraordinary. This is definitely not something you find daily. 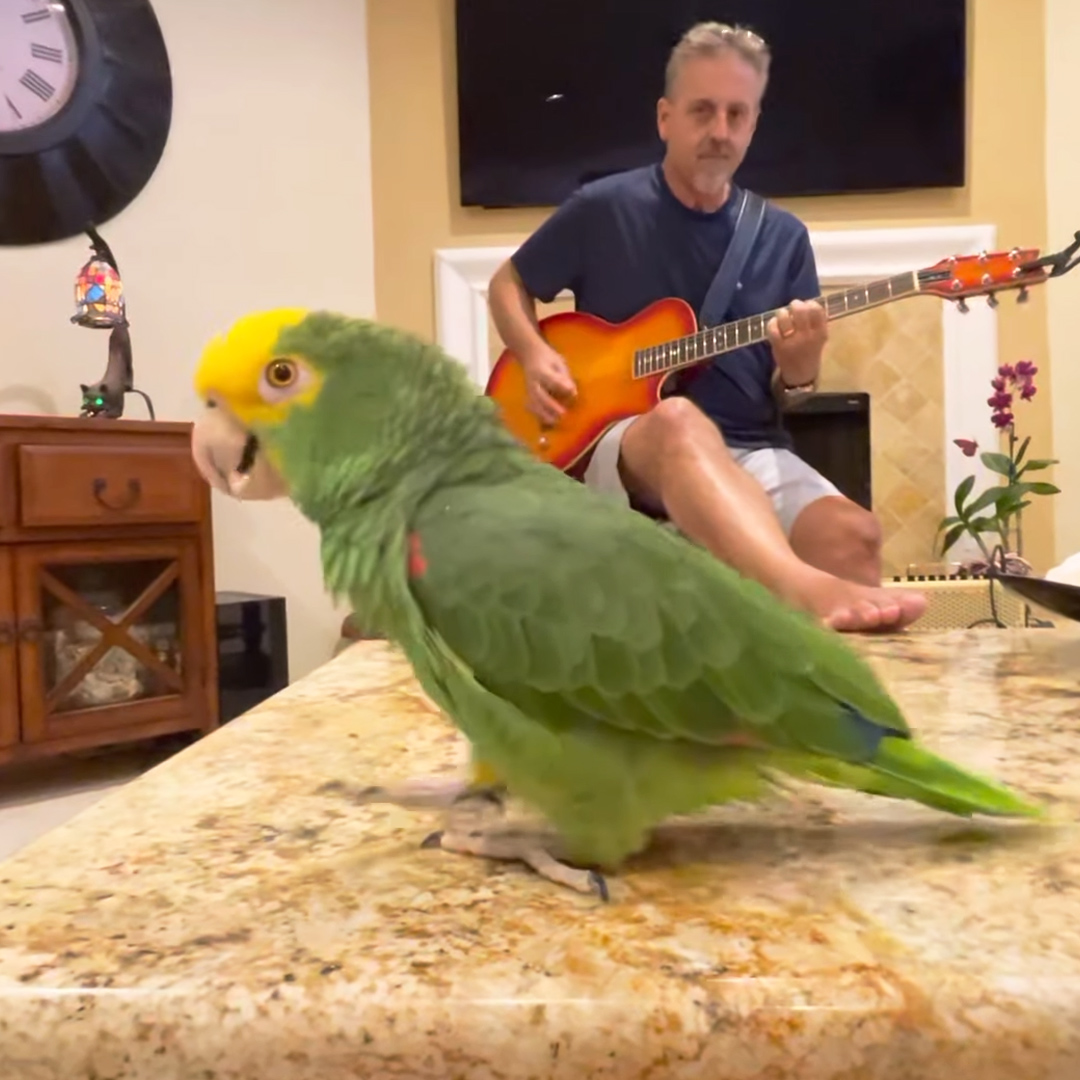 Tico is a parrot who has the talent and skills to sing songs while his owner plays his guitar in the background. Recently, Tico was found singing the song ‘Sweet Sixteen’ by Billy Idol.

Tico was accompanied by his owner, who played the guitar to assist the bird. While singing a few lines, Tico got in the mood and started whistling according to the song’s tune.

The accent table was transformed into a stage for Tico where the talented bird walked from one end to another, singing ‘Sweet Sixteen.’ The bird didn’t consider himself anything less than the actual performer while singing the song.

Tico’s owner preferred to stay backstage with his guitar during the performance. However, he didn’t want to interfere with the bird’s performance and kept playing the guitar to help Tico stay in the rhythm. 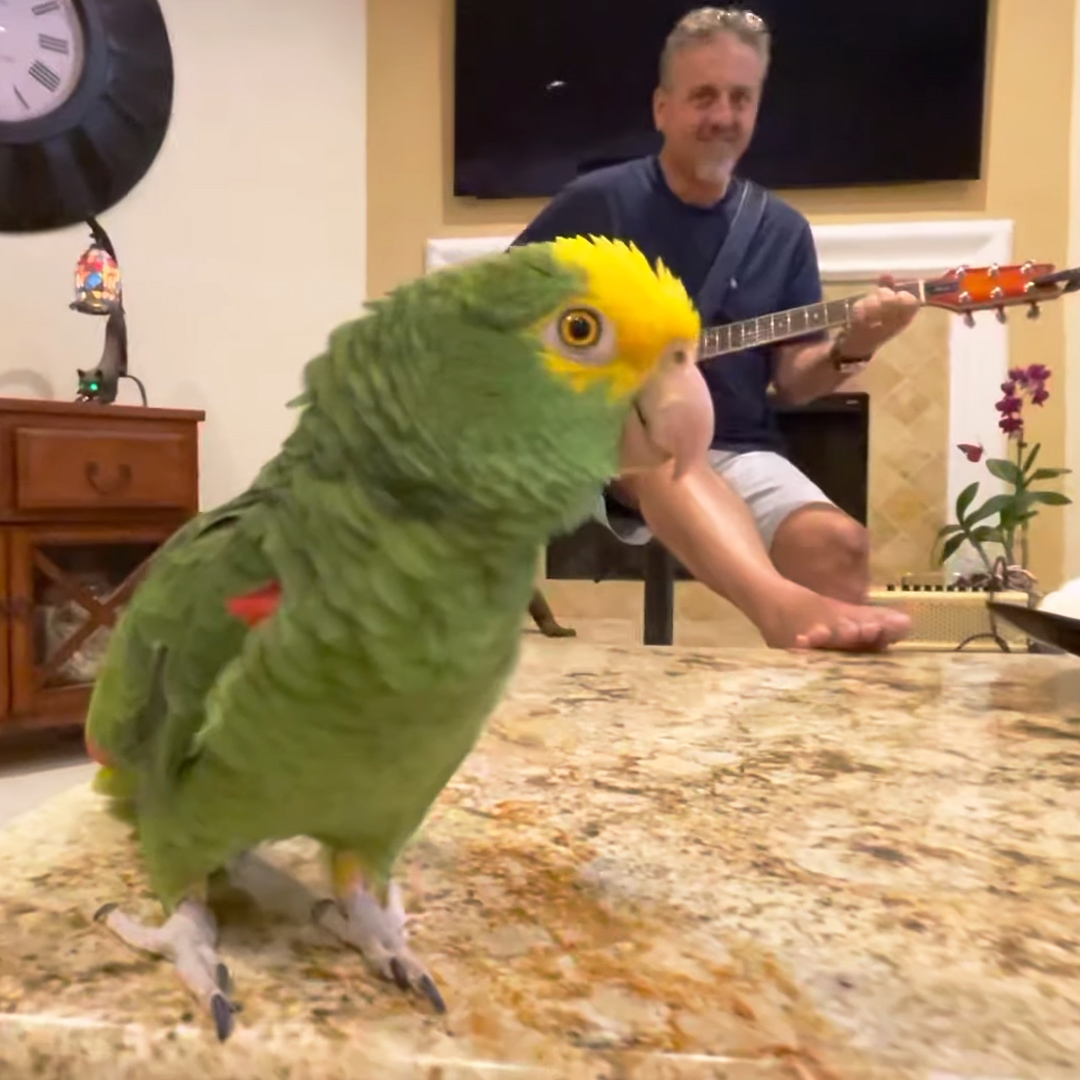 The original song ‘Sweet Sixteen’ was sung by Billy Idol and is a part of his album ‘Whiplash Smile.’ Although his original name was William Michael Albert Broad, he preferred his professional name, Billy Idol.

The song ‘Sweet Sixteen’ was released in 1986, after which it gained immense popularity. It was inspired by the story of a man whose fiance left him the day before their wedding. 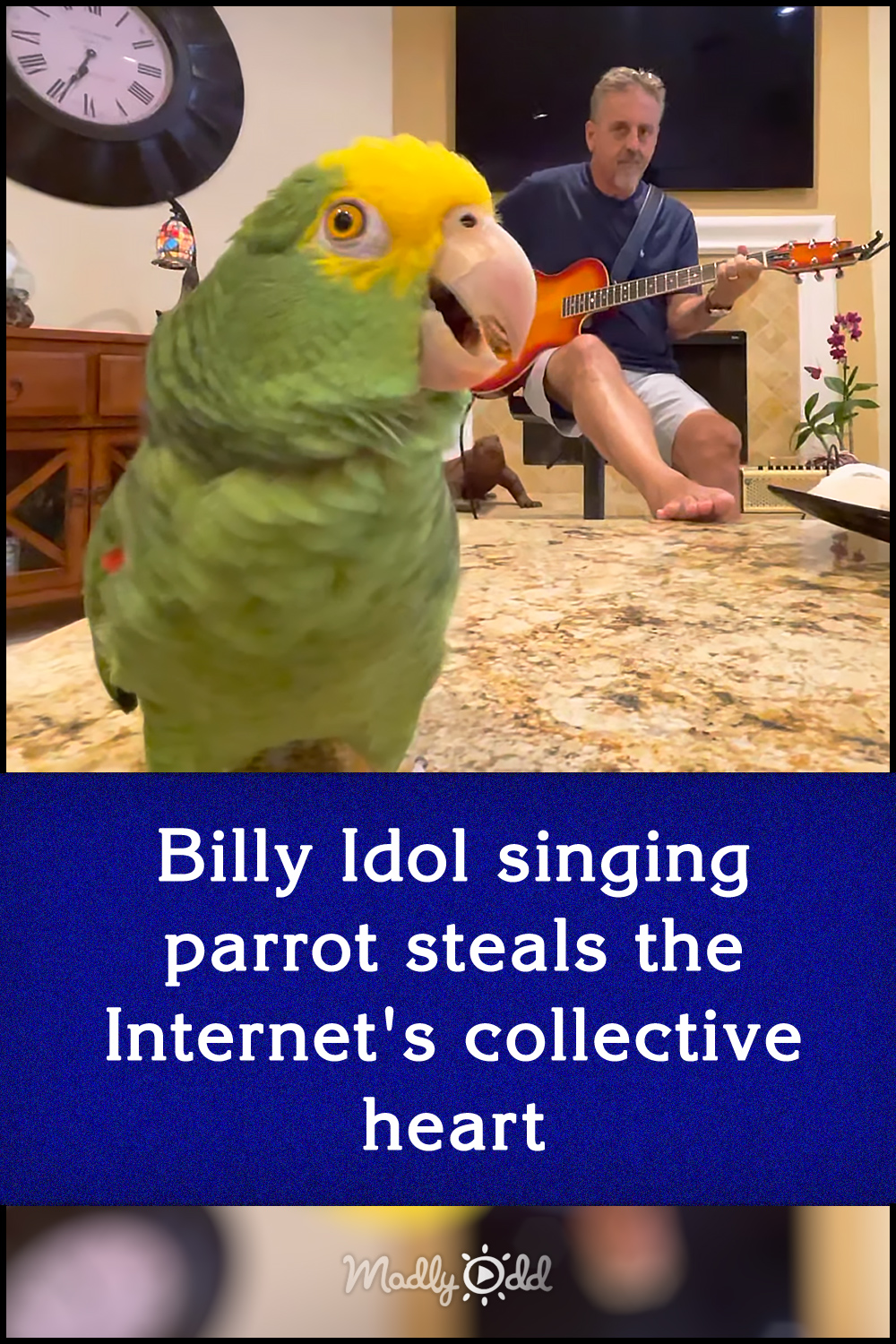