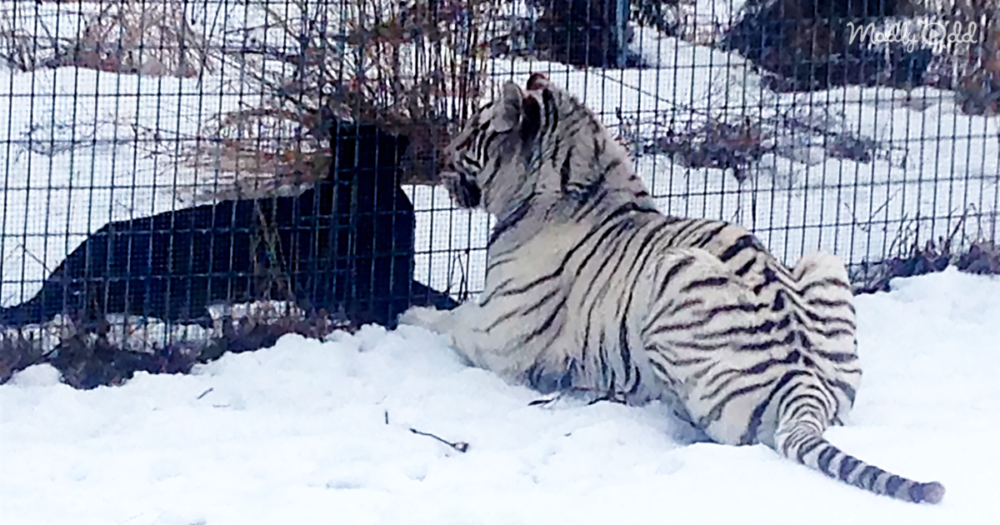 The Wildcat Sanctuary in Minnesota is home to over 100 rescued big cats. One of them, a black leopard named Shazam, recently lost his best friend.

For years, Shazam lived next to a black jaguar named Diablo Guapo. Though Shazam and Diablo Guapo were different in many ways–Shazam is younger and clawed, while Guapo was older and declawed–the two hit it off. When Guapo passed, though, the staff at TWS knew it wouldn’t be easy for Shazam to live without a friend. They debated about who would be a good fit for the neighboring enclosure. 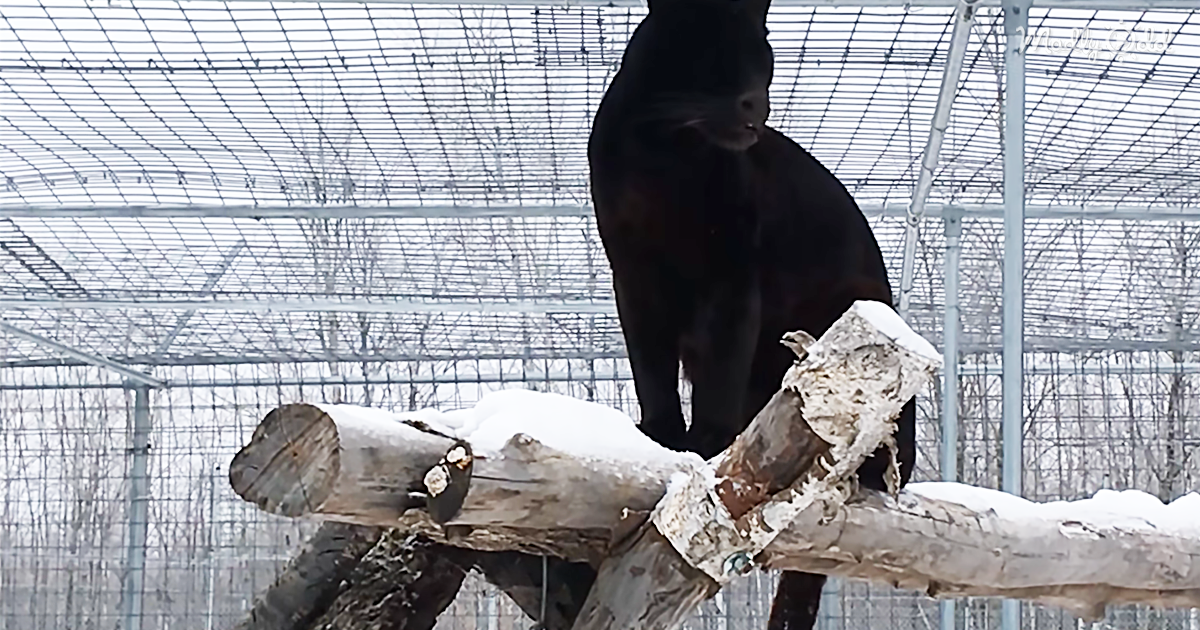 “So we began determining who would be best to move next door to him to try to forge a new friendship. It can be very dangerous to put two big cats that don’t know each other next to each other,” TWS spokesperson Julie Hanan explained. “If it doesn’t work out, there can be aggression issues, charging at the fence with resulting injuries and loss of weight due to not eating and stress. It’s a tricky proposition.”

That’s when they thought of Nikita, a younger white tiger that had been rescued from a notorious exotic animal breeder in Ohio. The tiger had suffered abuse for years at the hands of her owner, and it took a lot of gentle coaxing and positive reinforcement to coax her to move.

Then, once she got in the new enclosure, the staff watched the interactions between the cats closely. Happily, Shazam and Nikita got along great! It seems that the black cat and the white cat really make up two halves of a whole. Watch Shazam and Nikita meet for the first time in the video below!