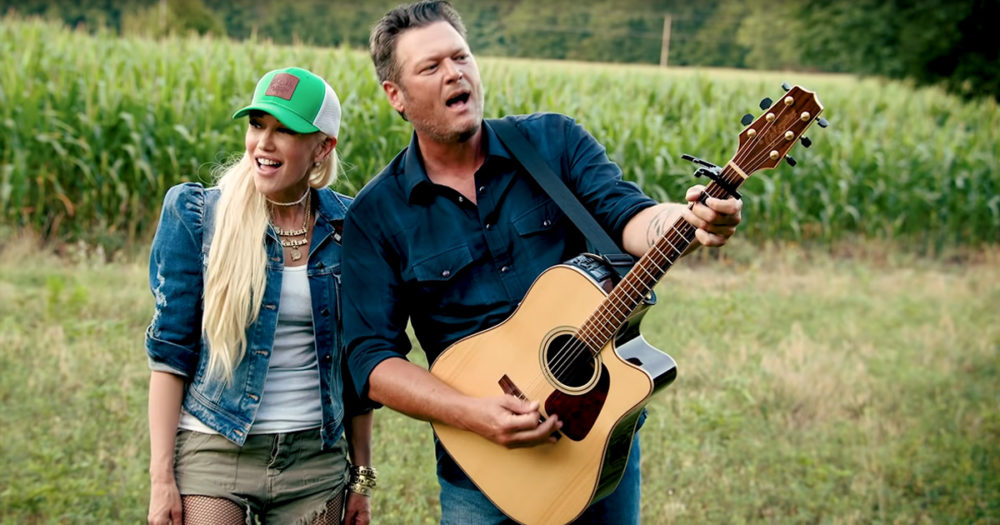 Blake Shelton and Gwen Stefani are simply the cutest things ever, and they know how to make their fans happy! Their fourth collaborative song, ‘Happy Anywhere,’ was released on July 24, and it is adorably perfect. The song itself is sweet, but seriously, how cute are the glimpses into their vacations and everyday lives.

Even Blake’s teaser post about the song had fans of the couple smiling! He teased, “Real excited to share this one with y’all and honored I was able to talk @gwenstefani into doing another song with me!” The pair also released 2016’s “Go Ahead and Break My Heart,” 2017’s “You Make It Feel Like Christmas,” and 2019’s “Nobody but You.”

Shelton stated in a press release that he felt like now was an excellent time to share the song because of the way this year has been. Shelton remarked, “… man, there’s never been a better time for ‘Happy Anywhere.'” He referenced how people have been trapped in their homes for most of the year, saying, “… hopefully, we’ve been doing that with somebody that we really love and enjoy being around. That’s what happened with Gwen and me this summer — and this entire year.”

Ross Copperman, Josh Osborne and Matt Jenkins wrote the song. It speaks to how Blake and Gwen have been dealing with these troublesome times. Stefani’s brother, Todd, filmed the video on Shelton’s property in Oklahoma. Their affection for one another makes the song even better.