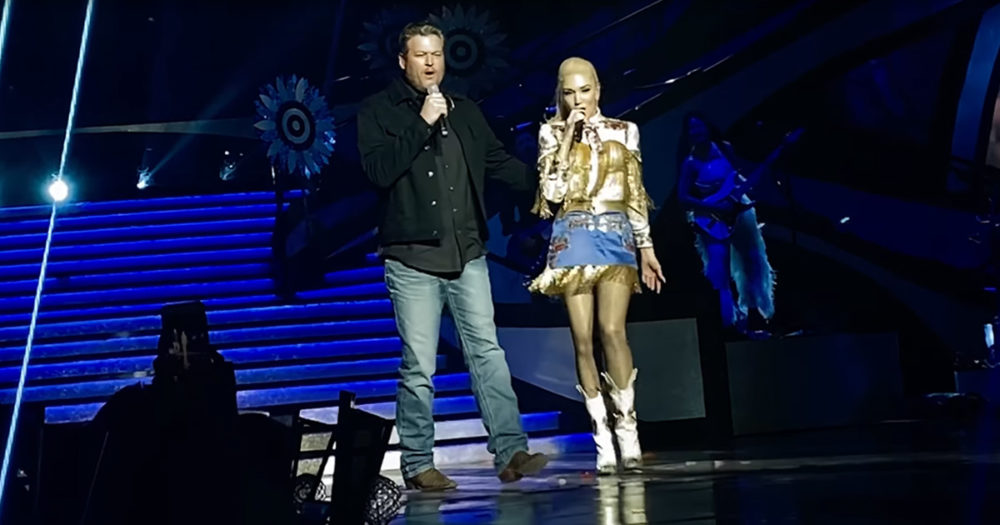 Gwen Stefani has been absent from The Voice this year because she is finishing her residency in Vegas. She has been incredibly happy performing in Vegas since it’s been a dream of hers, saying, “I just feel like I’m alive in a way I’ve never been before because I have to be!”

Blake Shelton, Gwen’s boyfriend since 2015, surprised her live the other day on stage at her show, which is held at the Zappos Theater inside of Planet Hollywood. Gwen had just finished saying how it felt so weird to see herself at the top of the Country Music charts.

I was thinking to myself how weird it was to see Gwen in Cowgirl boots and a sparkly Western get up when suddenly Blake appeared on stage behind her. She seems thrilled to see him, and genuinely surprised when he sings their duet from December 2019, ‘Nobody But You.’

The song was the couple’s third musical collaboration. They also recorded ‘Go Ahead and Break My Heart’ in 2016 and ‘You Make it Feel Like Christmas’ in 2017. This latest song is a hit and watching them perform it is just too sweet for words. 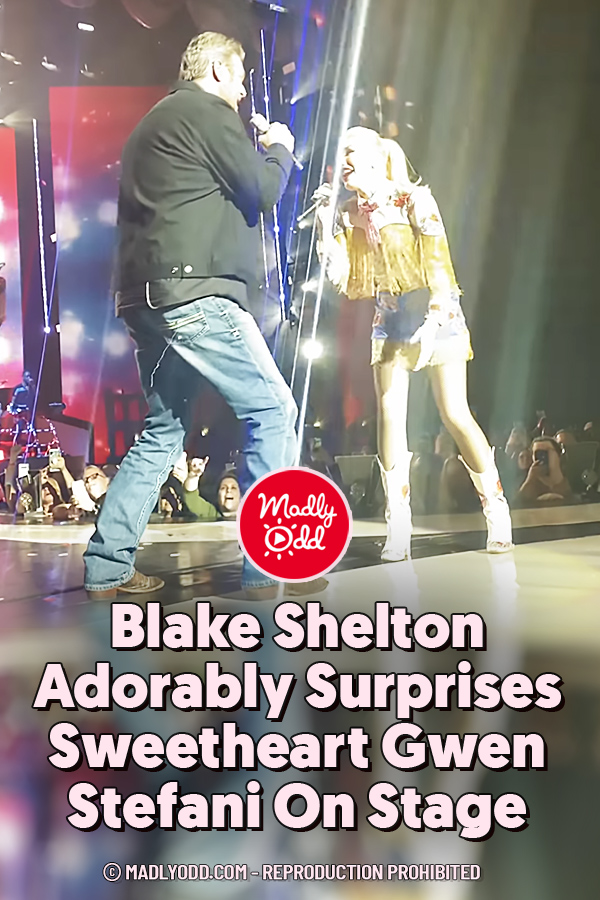