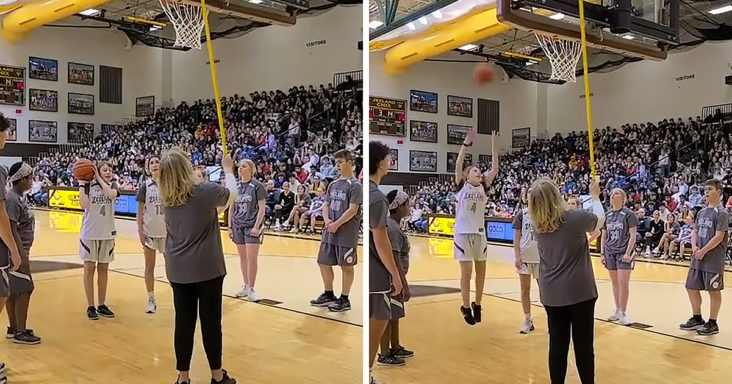 If you are looking for inspiration today, the story of 17-year-old Jules Hoogland will undoubtedly fire you up! Jules is a junior on the Zeeland East High basketball team in Michigan, and her latest accomplishment went viral. 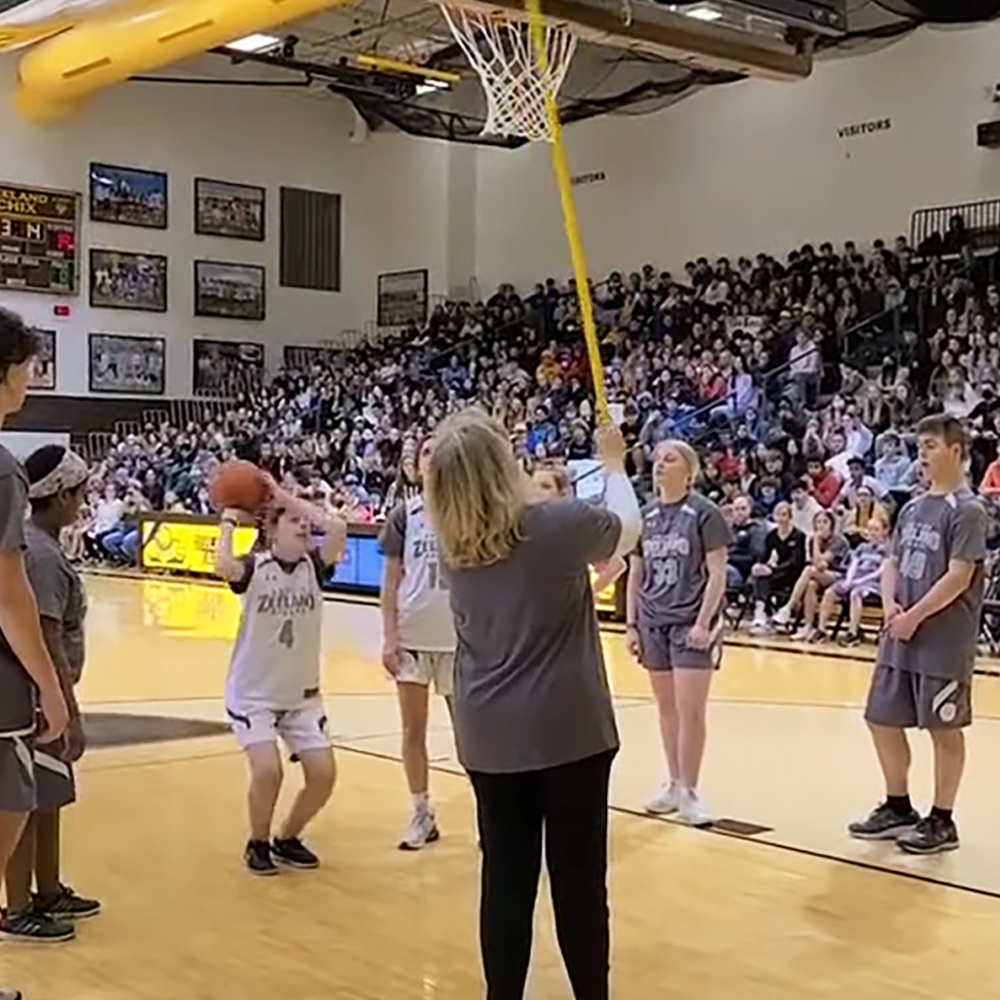 It was the last game of the season, and 2500 people were in attendance. The gym was packed to watch Zeeland’s Unified Sports Basketball team, which comprises students with and without disabilities.

Jules is blind, but she has played on the team with the help of her classmate, senior Ally Guffey, who stands behind her on the court. Jules says, ‘She’s my eyes on the court because I don’t have my cane side to put my trust in here to make sure she doesn’t let me get hit by balls, and she guides me in the right direction.’ 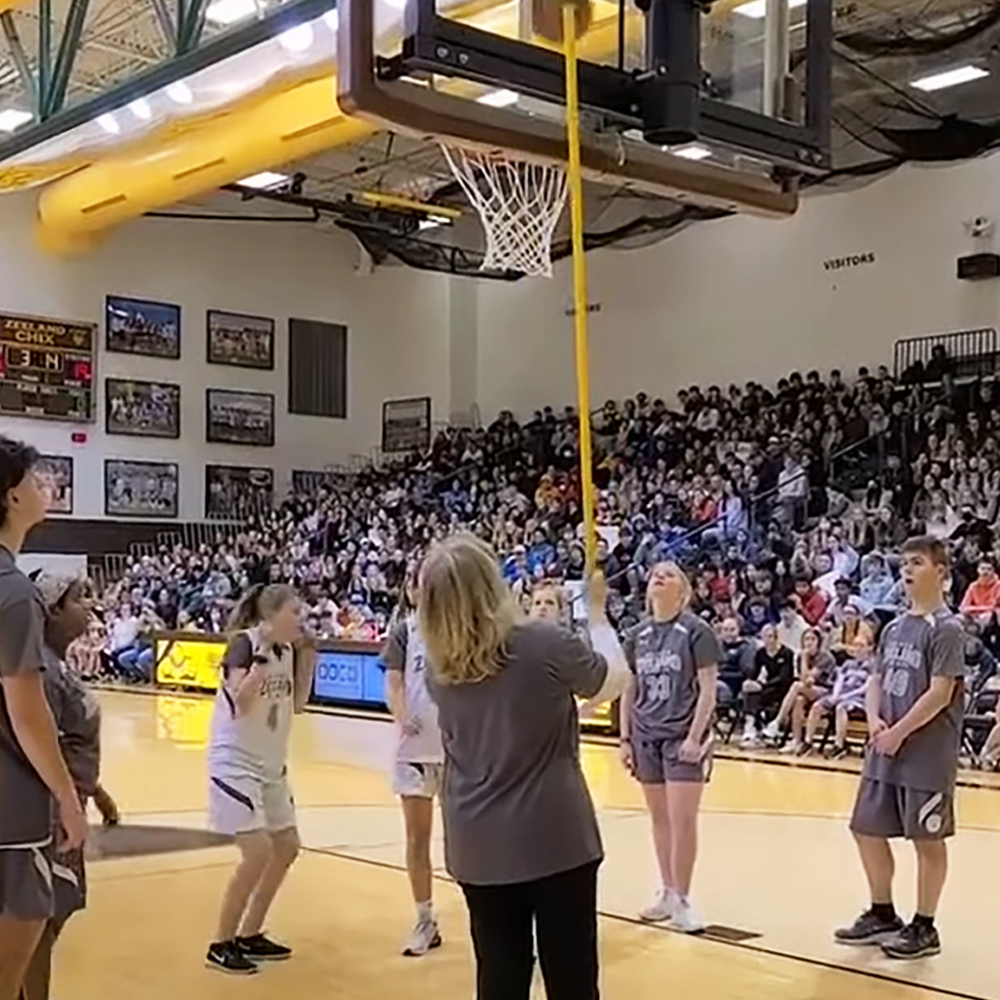 Jules stepped to the foul line to take a free throw. The gym crowd was utterly silent. Classroom aide Cheryl Beute tapped the bottom of the backboard with a yellow pole to signal the location of the hoop.

After hearing the taps, Jules threw up her shot, and she nailed it! The crowd went wild with cheers. Everyone was smiling and celebrating! Jules was filled with emotion after the shot. 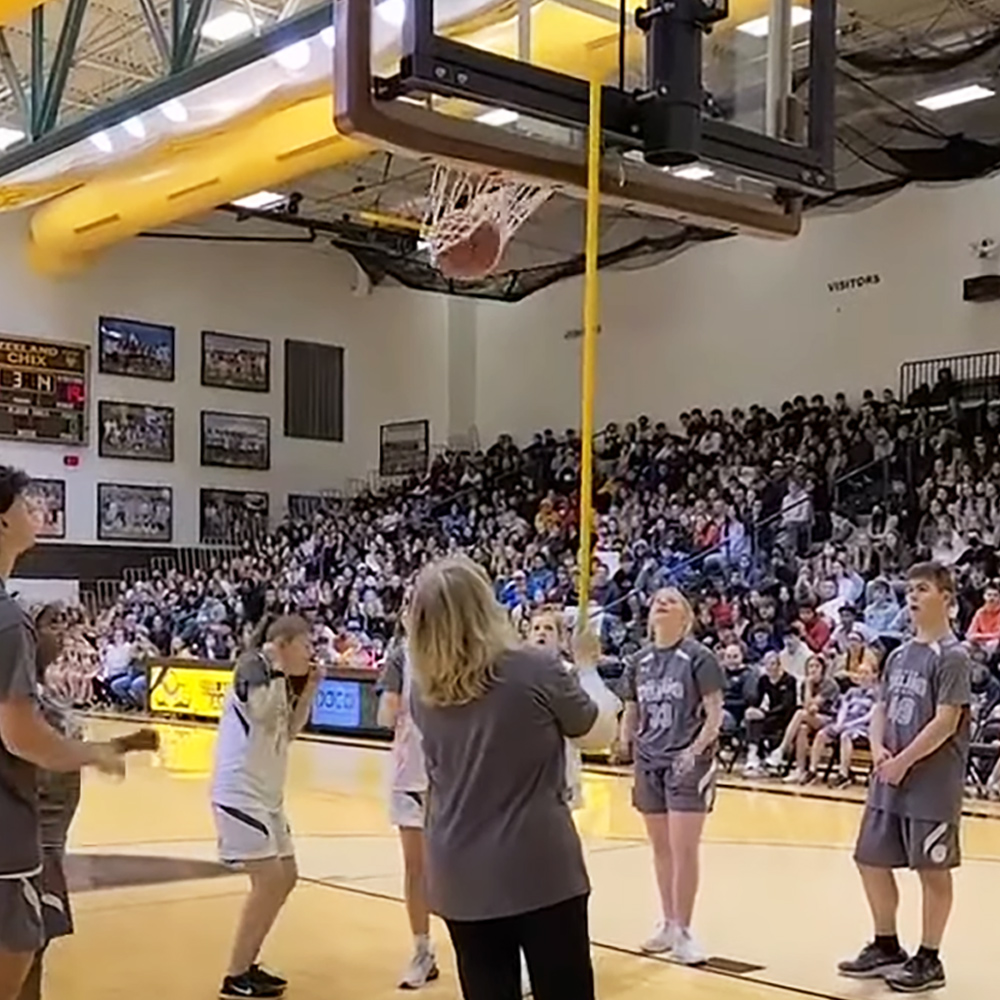 She told an interviewer, “I was like, whoa, I did not expect that. And then the applause!” The crowd was so supportive, and her teammates celebrated like they had won the championship!

Jules currently has a 4.0-grade point average, and she is working on learning how to live independently. Her mom hopes her daughter’s strength will inspire others. The story is certainly an inspiration to all! 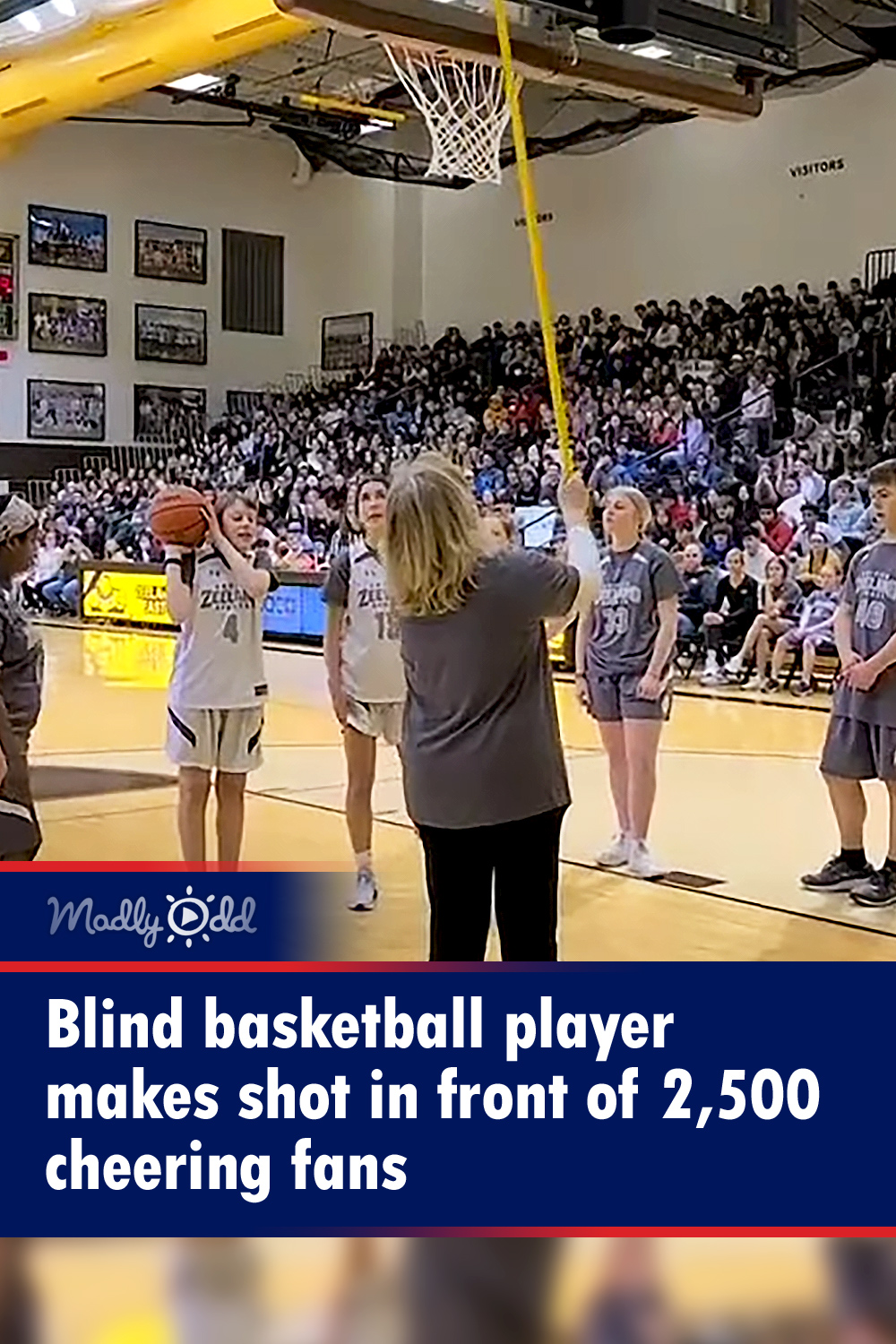