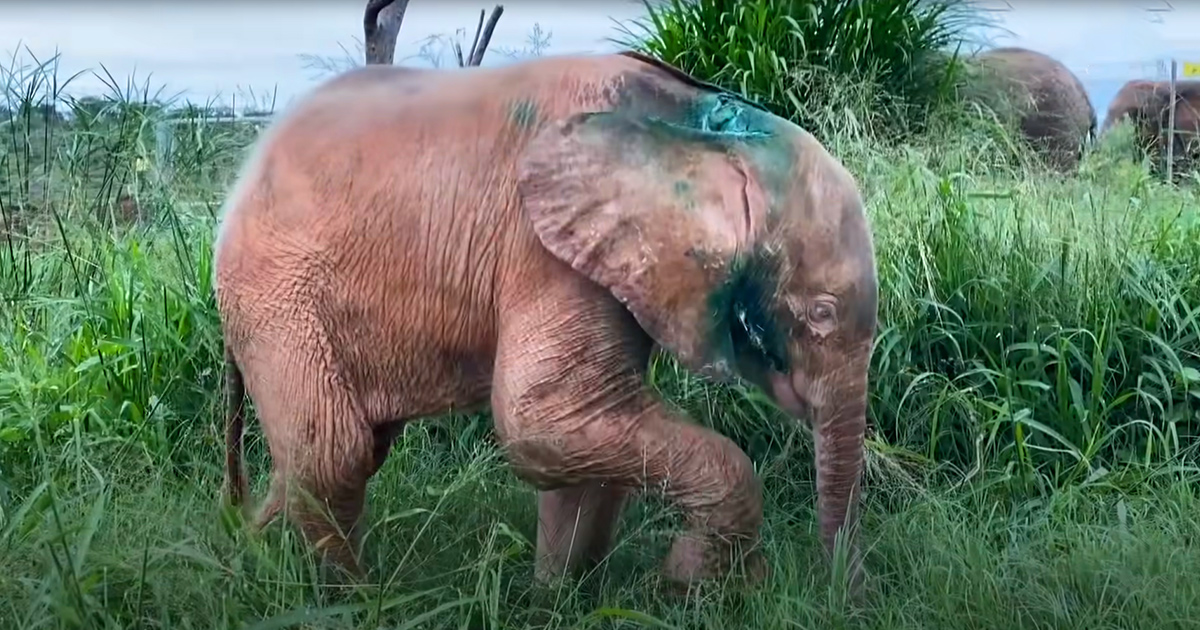 Khanyisa is a blue-eyed albino elephant who was rescued from a snare as a calf. She spent four to five days entrapped, but after loving care from HERD Elephant orphanage, the little one recovered.

The wounds that Khanyisa sustained while being stuck in a snare left her unable to rejoin the herd immediately, but with the help of her loving rescuers, the blue-eyed baby elephant is now doing well and has made a brand new unlikely friend.

Lammie is a goat that instantly bonded with injured Khanyisa. The two are inseparable, doing everything together on the farm. One would swear that Lammie thinks she’s an elephant!

Every day Khanyisa surprises her rescuers making the choice to be happy from the start. Her happiness allowed her to regain trust in humans, not only surviving but thriving as she grows more and more affection for her new home. 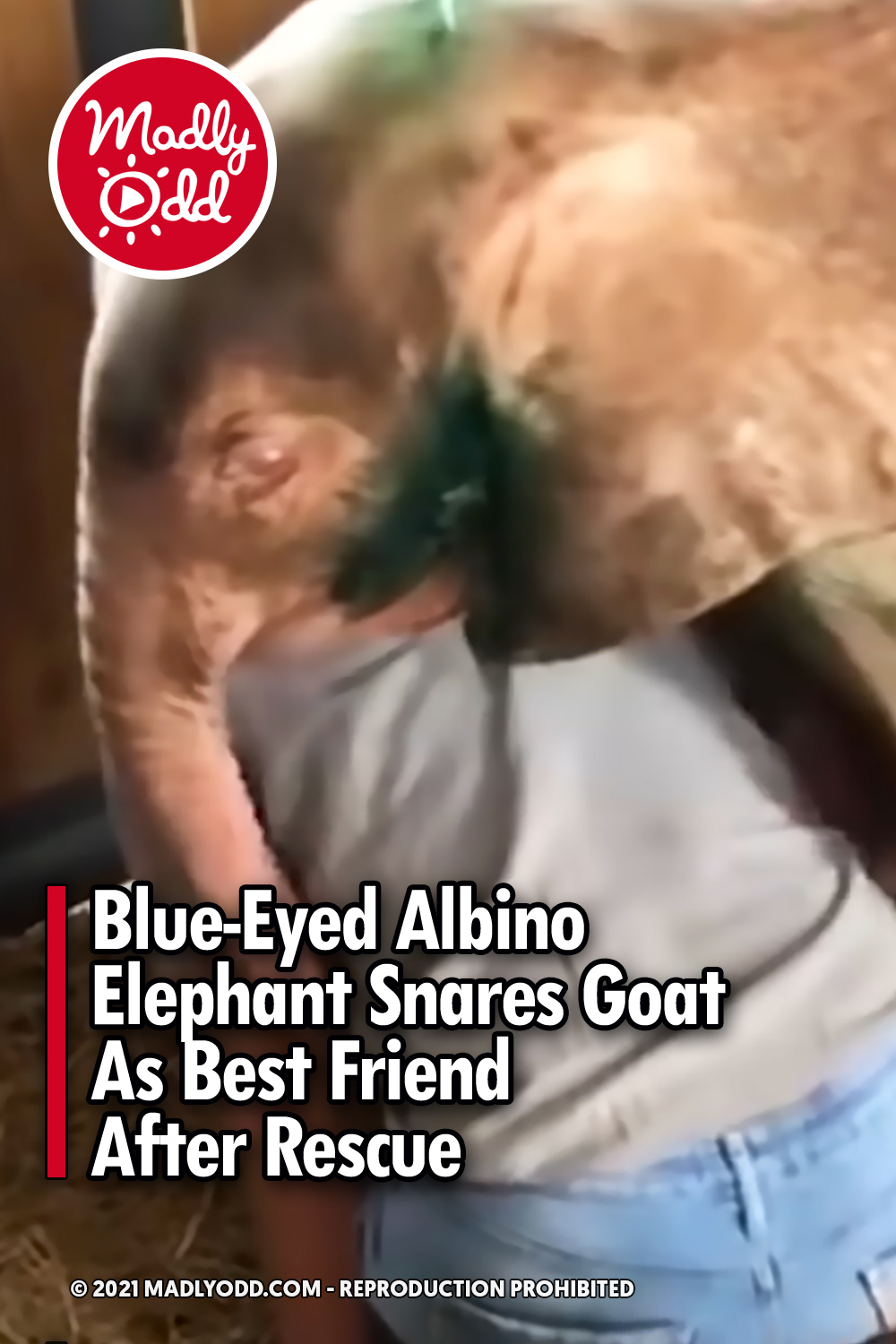