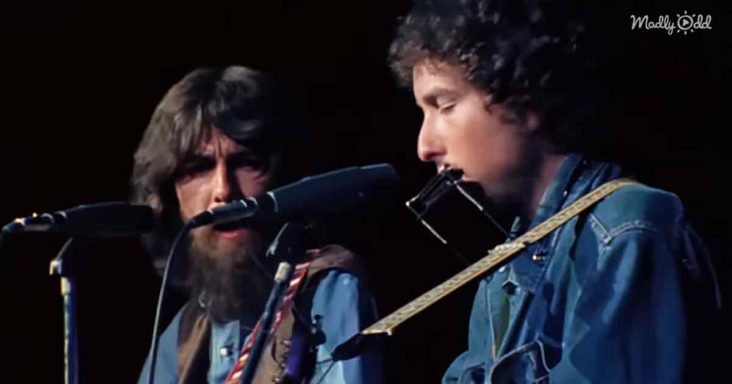 In 1971, Bob Dylan and George Harrison united to raise money for refugees by performing at Madison Square Garden. There is restored footage of their rehearsal that shows the two legends working together while practicing the day before the show. 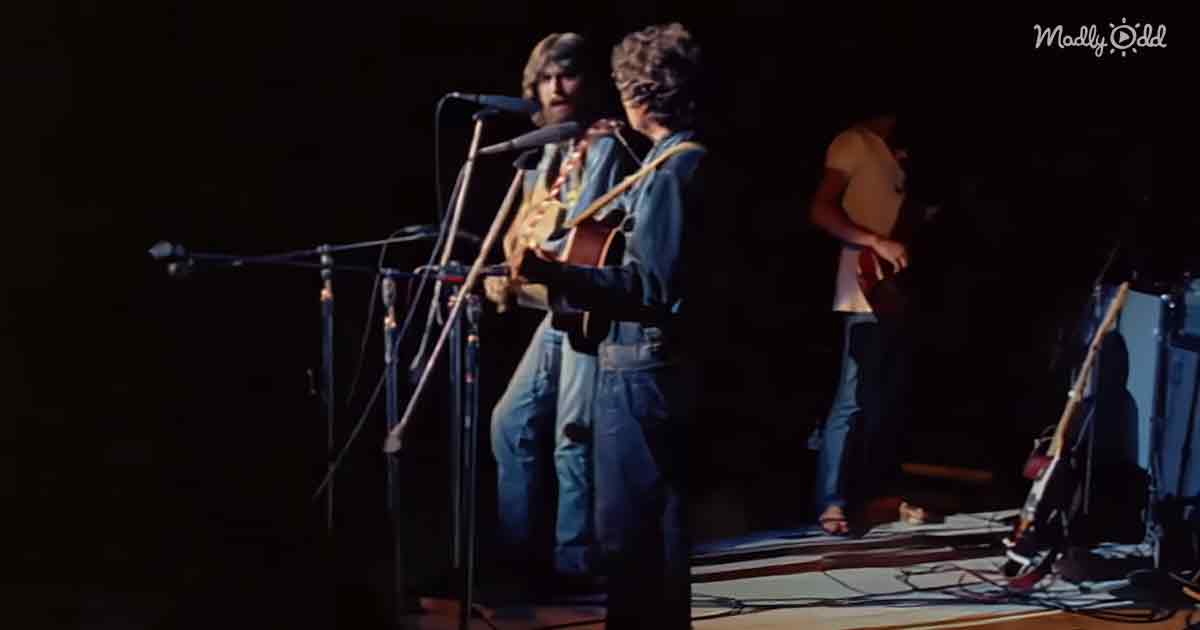 The two men are on stage wearing blue jeans and jean jackets. George Harrison has an overgrown beard, and Bob Dylan is sporting his memorable hairstyle. They both strum the acoustic guitars in rhythm.

They are working on their harmonies while the tech crew checks their guitars. Standing in the spotlight, Bob and George look at each other when they sing to line up the vocals. 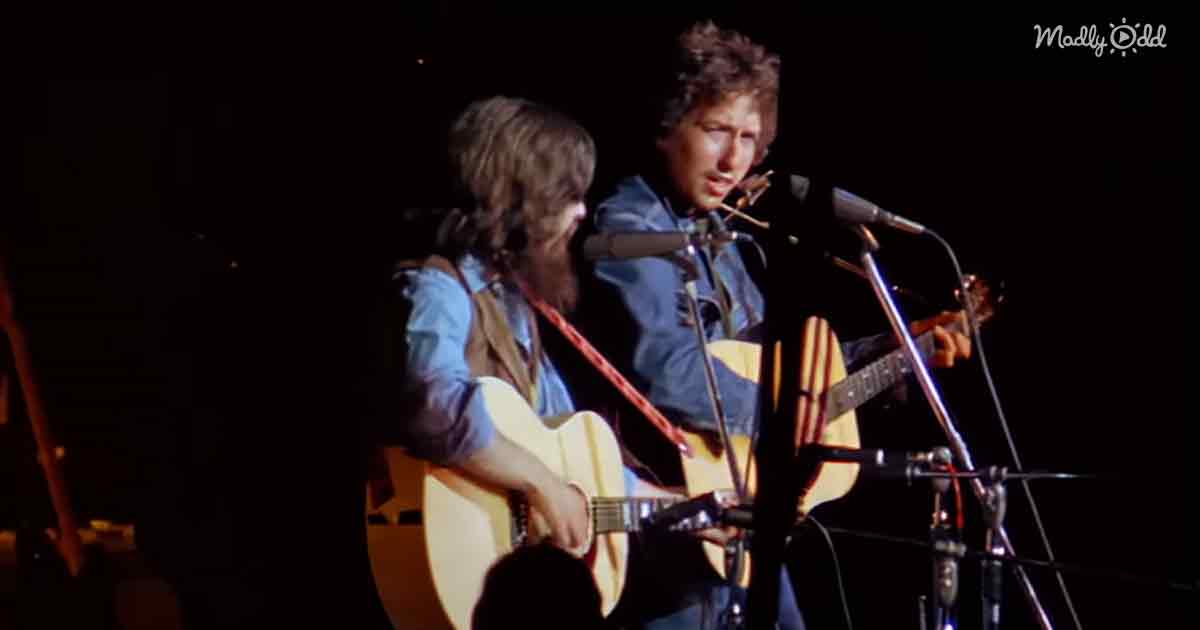 It is interesting to see them messing up the words when they harmonize in this unpolished rendition of the song ‘If Not For You.’ Dylan also plays his legendary harmonica in a solo break, trying to work out the plan for the music.

It is unrehearsed, but it still sounds great. These two practicing sounds better than most people’s prepared song. When the song concludes, George talks to Bob off-mic, making suggestions. 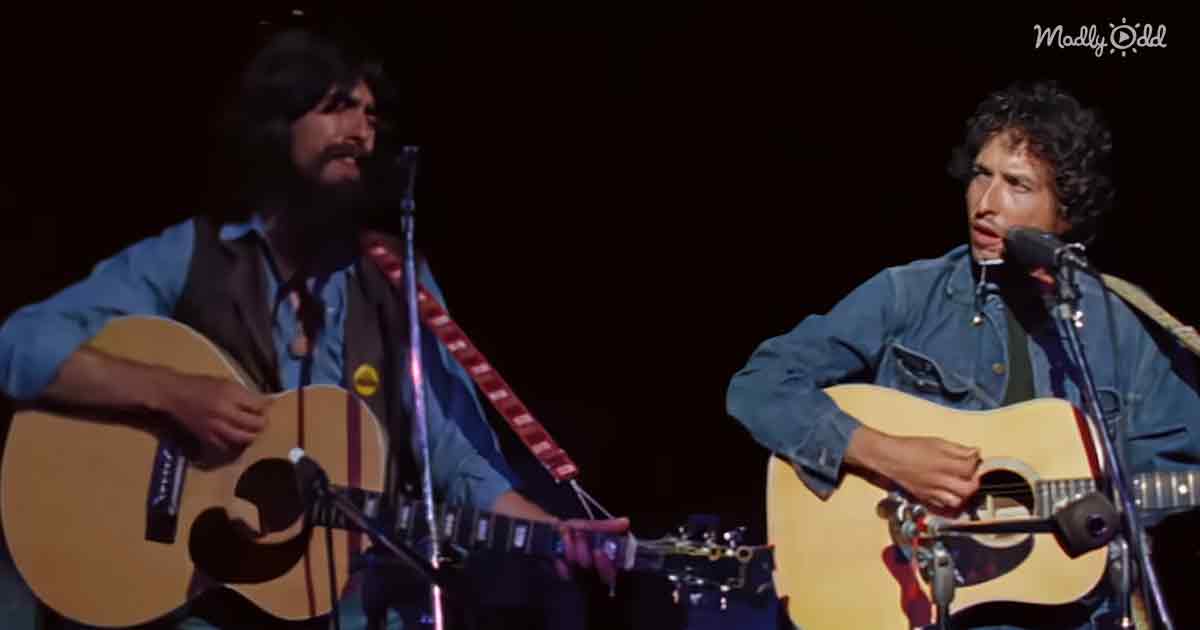 A production manager says, ‘Bob would come in and rehearse with the band what songs he was going to do. So it was really a matter of working it out in the last minute.’ George Harrison talks about the rushed process, saying, ‘Right up until the moment he stepped on the stage, he was not sure he was coming.’

George continues, ‘Cause the night before we went to Madison Square Garden, he saw all these cameras and microphones and this huge place, and he was saying, hey man, this isn’t my scene, I can’t make this.’ However, the two legends pulled it off and generated $250,000 from the show, with even more coming from the record itself to help feed the refugees.