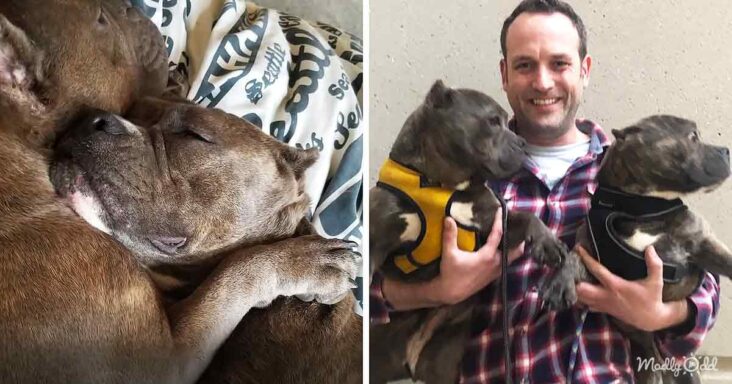 Recently, Rachel Hinman from Slaughterhouse Survivors Animal Rescue was notified that some dogs were left behind on a property in China. Loan sharks were trying to strike a deal with the landlord to confiscate the dogs and sell them to the meat market. 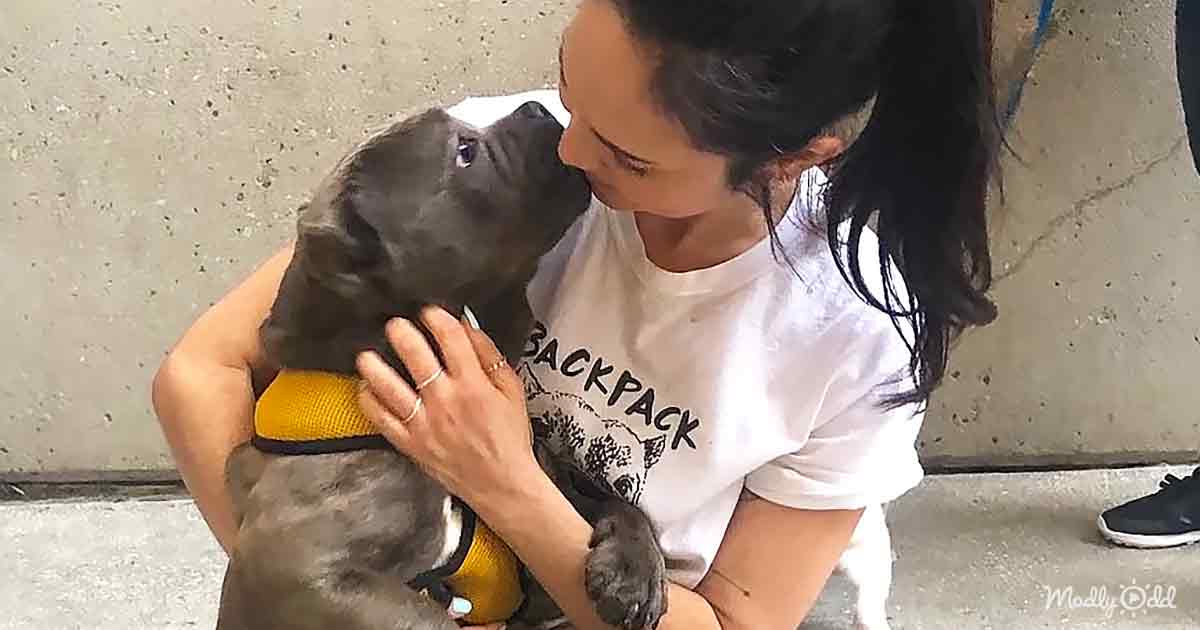 One of the rescuers went to the back and found a very skinny and weak Pitbull mix. She was named Backpack (BP). The landlord finally agreed to let the rescuers take all the 13 dogs with them. They discovered another dog in the group of rescued canines that resembled BP and was named Toad.

Unlike BP, Toad was very jovial and sweet. Toad and BP were inseparable at the safe house. They were delighted to be rescued. The dogs would climb on top of each other and roll together on the floor. Although the animal rescue never kept two dogs together in the same kennel, they had made an exception for Toad and BP. 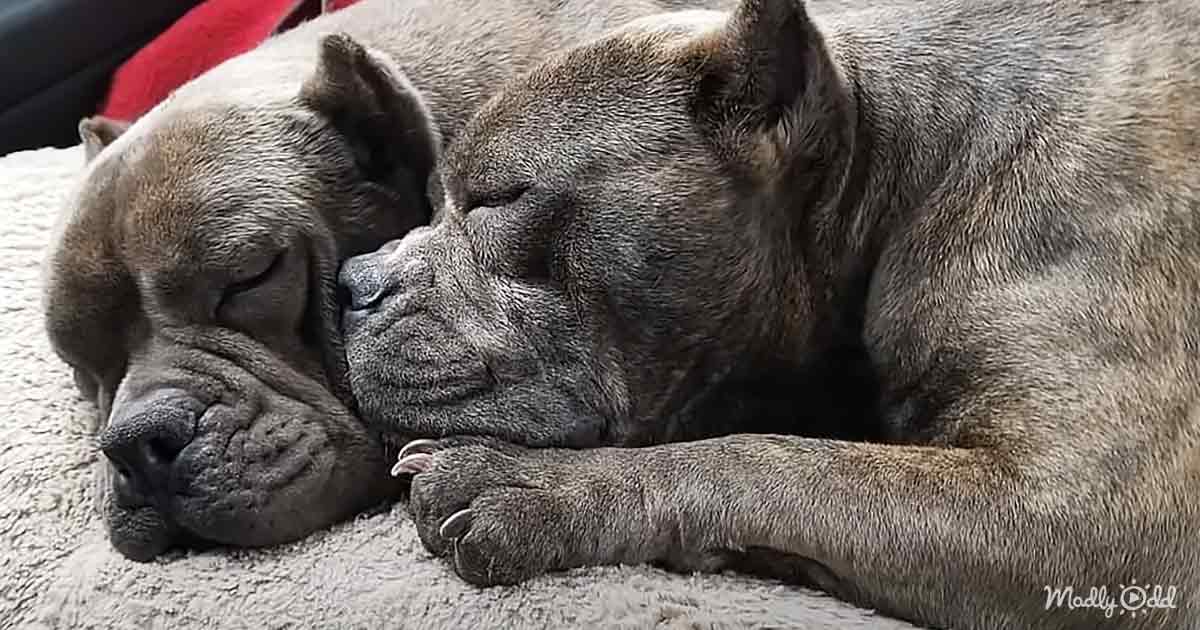 Thankfully, Toad and BP got adopted together. A year later, the rescuers took all the dogs to Los Angeles. People who adopted the dogs waited patiently at the LAX airport for them to arrive. Jed Ballou had adopted Toad and BP and was very anxious, excited, and nervous upon their arrival. Although he was skeptical about whether the dogs would accept him as their dad, his perception changed when he saw them jumping on him and kissing his ears.

Jed was more concerned about Backpack because she had been through a lot of trauma and needed Toad for comfort. However, Jed understood that BP and Toad would not be like any other dog. They were clueless about everything around them. So, Jed decided to let them figure things out on their own. 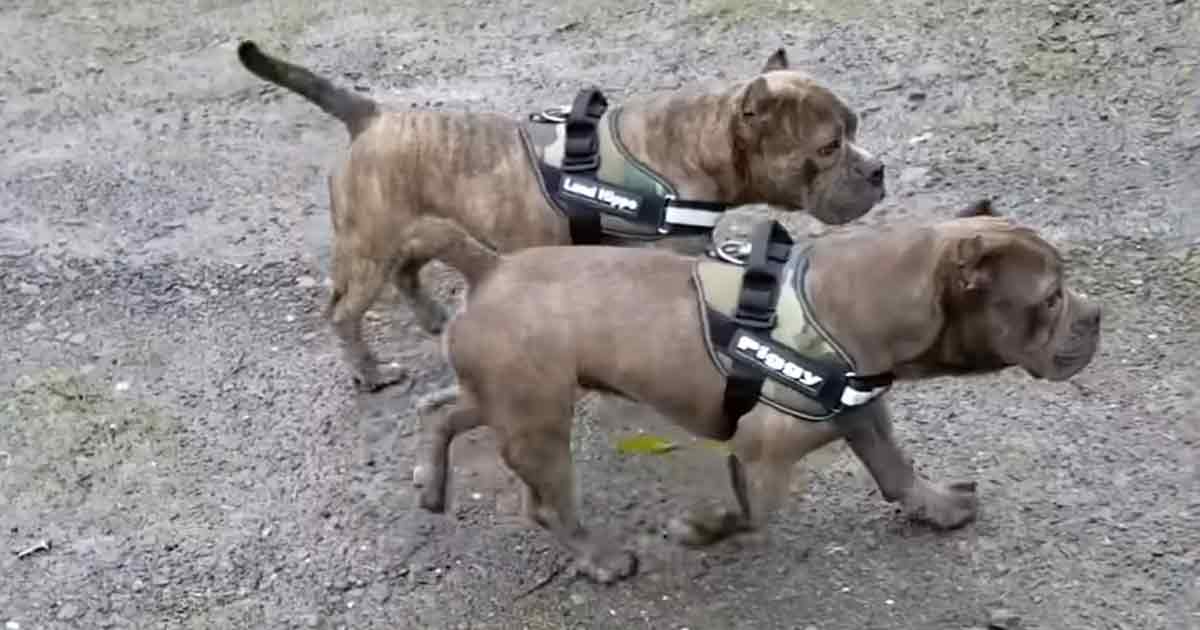 Compared to Toad, BP took longer to understand humans. Toad liked to do what he was told and never wanted to make anybody mad. However, BP was just the opposite. She was like a rambunctious 2-year-old. She would romp around the house, chew on Jed’s fingers, and chew on Toad.

Jed had to forget about personal space with the two dogs around him. They liked to have some fun and get into stuff. Jed loved the two dogs. They were adorable and could not be any sweeter, considering their past and everything they had gone through.