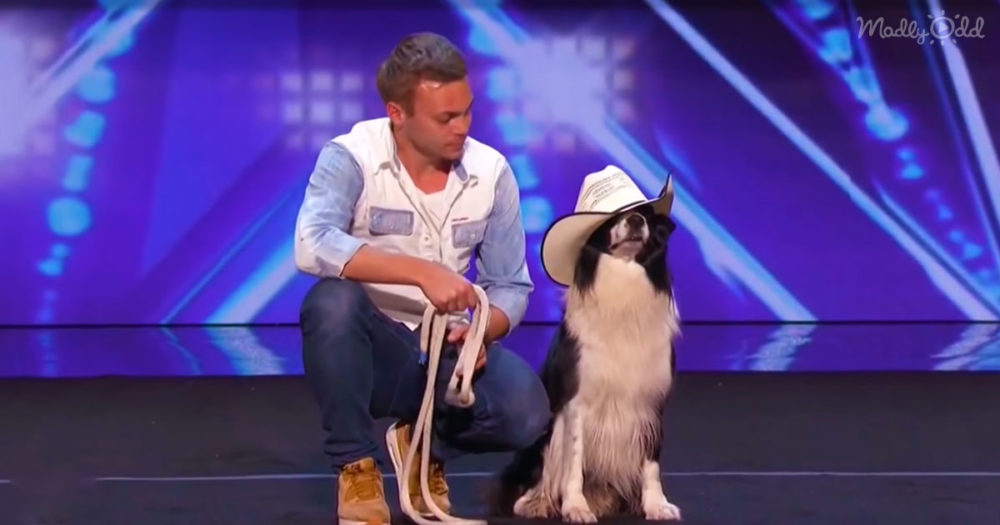 “This video of America’s Got Talent 2019 features a man and dog—and that’s all that requires for invoking a precious round of heartfelt emotions from the audience. Lucas, a 20-year-old, is here with his 9-year-old border-collie furry friend named Falco and they want to perform a canine freestyle act. Lucas recalls how he and Falco met—the puppy came into his life when he was just a child and was caught peeing on his father’s leg! Thus, began a “great friendship”, as narrated by Lucas. The judges love this story and express their adoration alongside the audience.

The act begins by Lucas placing a cowboy hat on Falco’s head, drawing a round of cooing from the audience. Everyone waits in anticipating as to what is going to happen next. The music begins and Lucas takes the hat for himself, and the both of them begin to nod their head to this 70s classic rock song. Based on cues and signals, every time Lucas turns to the music, Falco is all ready to get up on his two hind legs and reach up to his owner’s hips. And round and round do Lucas go, with Falco hot on his trail, jumping and leaping about, dancing along to the song, feeling the music in all its power. 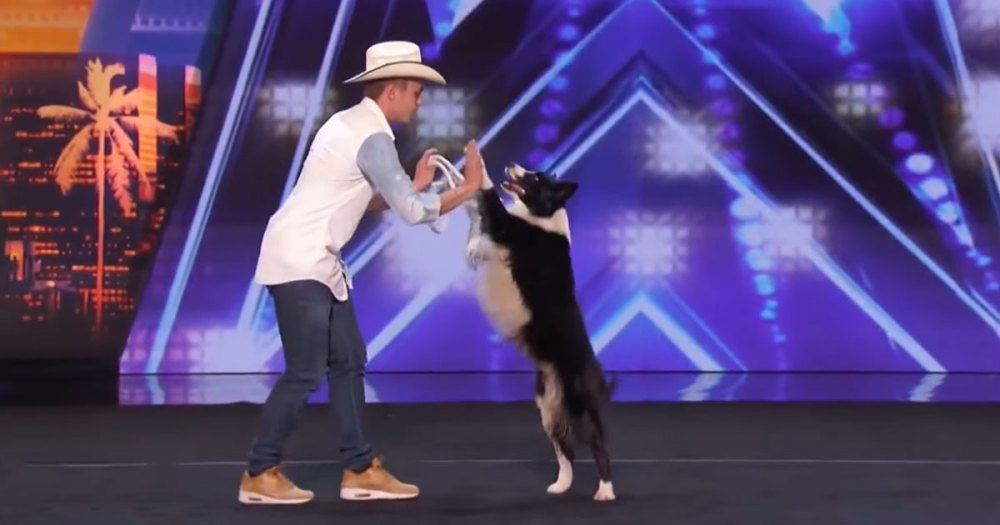 Lucas raises his palm for a high-five, and when Falco reaches up towards it, the crowd goes wild, and rightfully so! Another fascinating moment is when Lucas bends down just low enough for Falco to jump up on his back and perch on his shoulders like a bird. Dogs are just the most affectionate creatures, aren’t they? 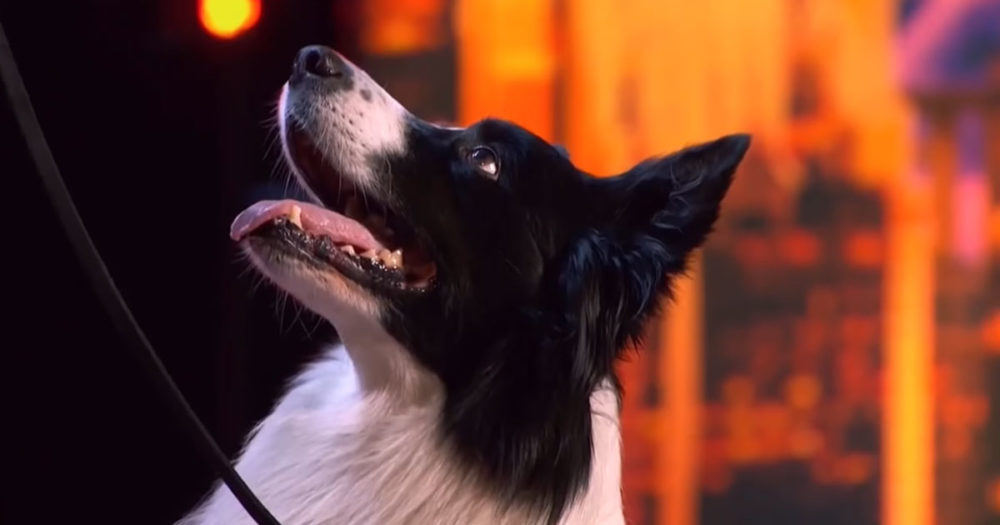 Lucas plays around with the lasso, amusing Falco so much that the dog tugs at it with his sharp teeth. And then judges break into laughter when Falco begins to imitate Lucas’s press-ups on the ground. Judge Gabriella Union is very impressed with the performance, mentioning how she has five dogs at home and is aware of “how much work” goes into training dogs into basic obedience functions.

As Julianne Hough showers her compliments for the act, Falco runs around the stage with a prop in his mouth, entertaining the crowd as expected. He runs up to actor and former athlete Terry Crews, who has been standing near the back.

Simon Cowell remarks that both Lucas and Falco have an “amazing personality”, something that the audience can clearly agree to. He even claims that this is “best dog act” of the whole year, making Lucas clearly grateful. All the judges vote yes for the act, and then Lucas kneels down to give his doggo a giant bear hug! 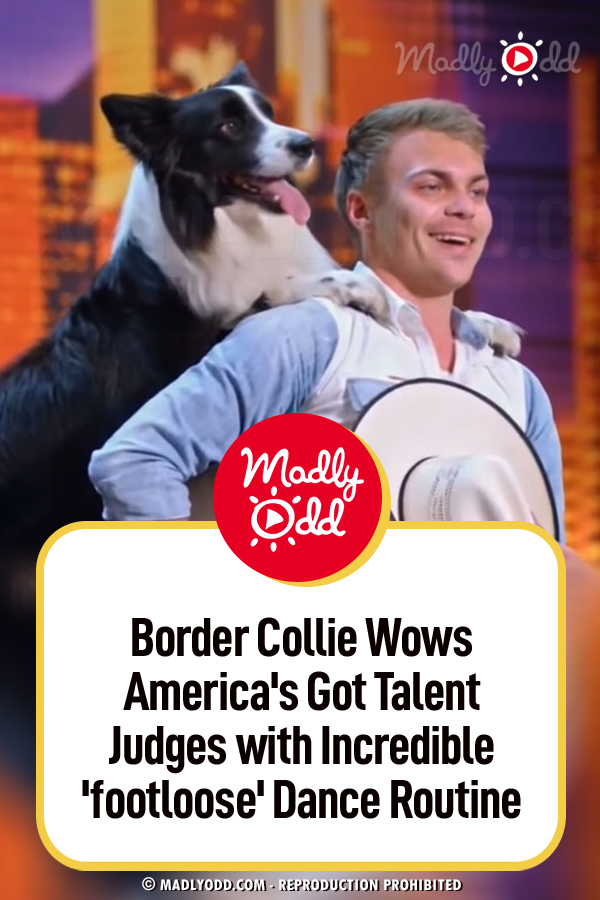