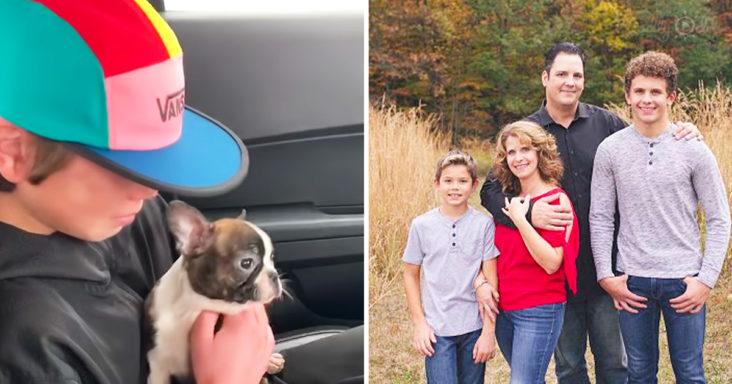 Logan, a 13-year-old boy from Hudsonville, Michigan, Having a dog that is every child’s dream. Logan, like any other child, has been begging his father for a dog for years. To demonstrate his point, when he was a child, he carried a stuffed dog with him at all times.

The issue was not that his father did not want his son to have a dog but that he was allergic to dogs. Logan’s father, Joe, was tragically diagnosed with cancer. Joe had been battling melanoma cancer for about 9 years.

Logan’s father, Joe Kavaluskis, was diagnosed with multiple myeloma (blood cancer) over ten years ago, according to Fox 17. So when Joe and his wife, Melanie, learned that he would be losing his battle with cancer, they planned one more surprise for their sons. 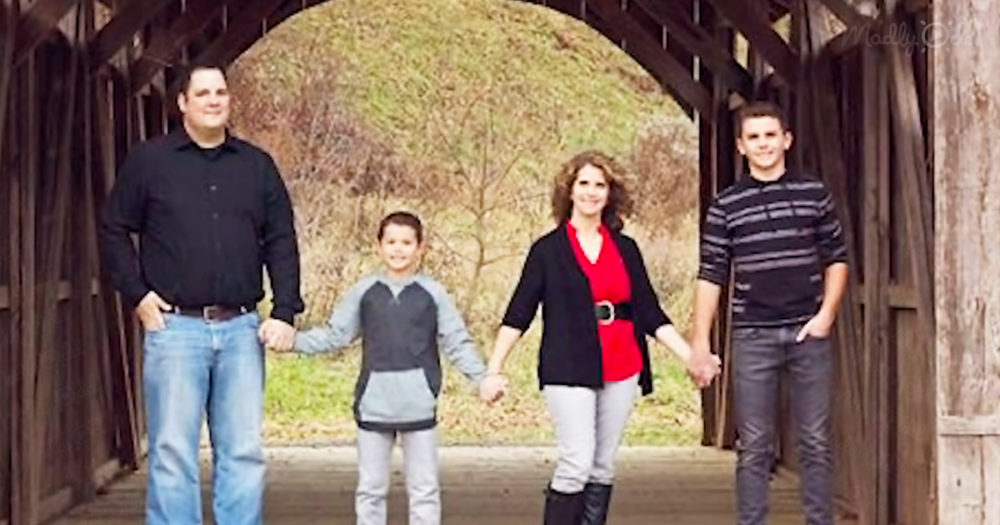 Logan had wanted a puppy ever since he was three years old, and he even carried around a toy Boston terrier to prove it. Joe’s allergies, however, had always prevented the family from adopting a dog.

“‘Just promise me that when I pass, you will get Logan a nice puppy as soon as you can because I know it will bring him a lot of comforts,'” Melanie Kavaluskis told interviewers.

Indie is the name Logan gave to the puppy. Logan told Fox 17: “I think it’s probably the best gift I’ve ever gotten from my dad.” Logan’s mother, Melani Kavaluksia, added that the puppy has been a welcome distraction.

One of the appealing things about having a dog is that they are incredibly comforting—they are always loyally by your side no matter what, assisting you in getting through difficult times. That was the case for Logan, who received a precious new puppy amid his darkest hour—and then discovered a secret that made it all the sweeter.