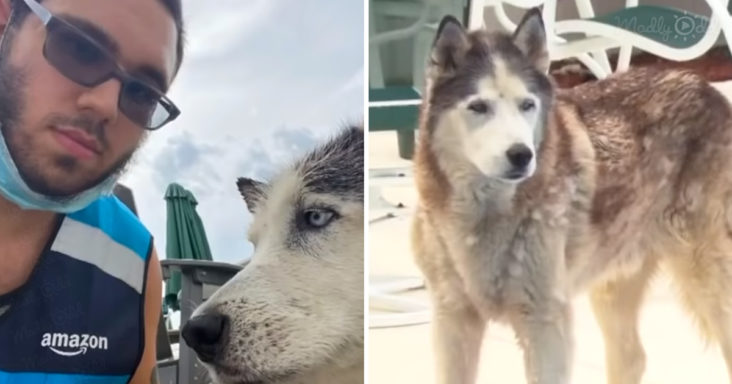 A 14-year old Husky was miraculously saved from a life and death situation by an Amazon delivery driver. Luckily the driver was in the neighborhood when he noticed that the Husky was sinking in a private pool.

Josh Cassabria, the Amazon delivery driver, was out on his usual duty in Woburn, Boston delivering items to customers. However, his fate made him a hero for the Husky that was fighting for life in the pool.

The day was hot when Josh was passing by a block in Woburn. Suddenly, he noticed a dog’s snout sticking out of a private pool. Josh understood the seriousness of the situation and rushed in to help.

Josh hurled himself over the fence and jumped right in the pool to save the Husky. He did not spend a second to take off anything precious from his pockets, like his wallet and his phone. 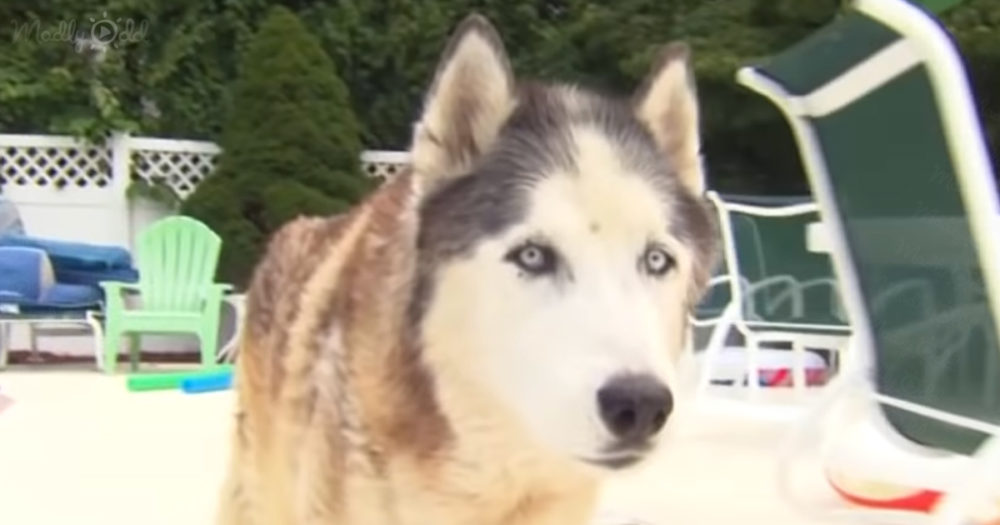 Luka, the 14-year old Husky was saved by Josh from drowning. Luka was left at home by his parents, who were out for the day. During his stay, the accident happened.

It seems as if a bone was stuck in the vacuum cord of the swimming pool that lured the dog into the water. At his age, swimming freely is not possible for any dog.

After saving Luka, Josh called the local Animal Control. Luka’s owner was thankful to Josh for his bravery and saving the Husky. After saving the dog, Josh went on to complete his list of deliveries for the day.