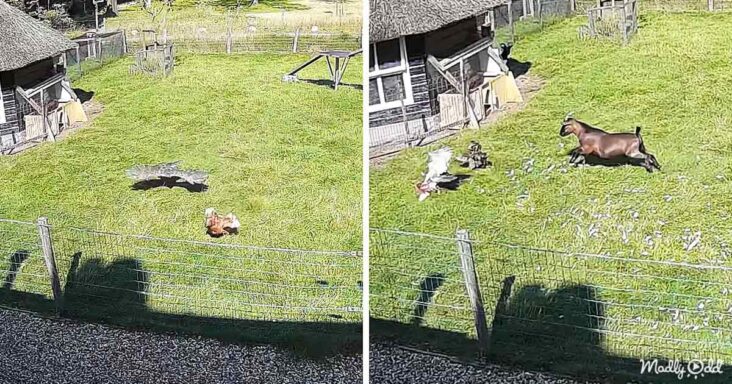 Animals staying together at a farm or a shelter shares an unbreakable bond. They stand united and care for each other a lot. But, if the situation calls for it, they can risk their lives to save their animal friends. 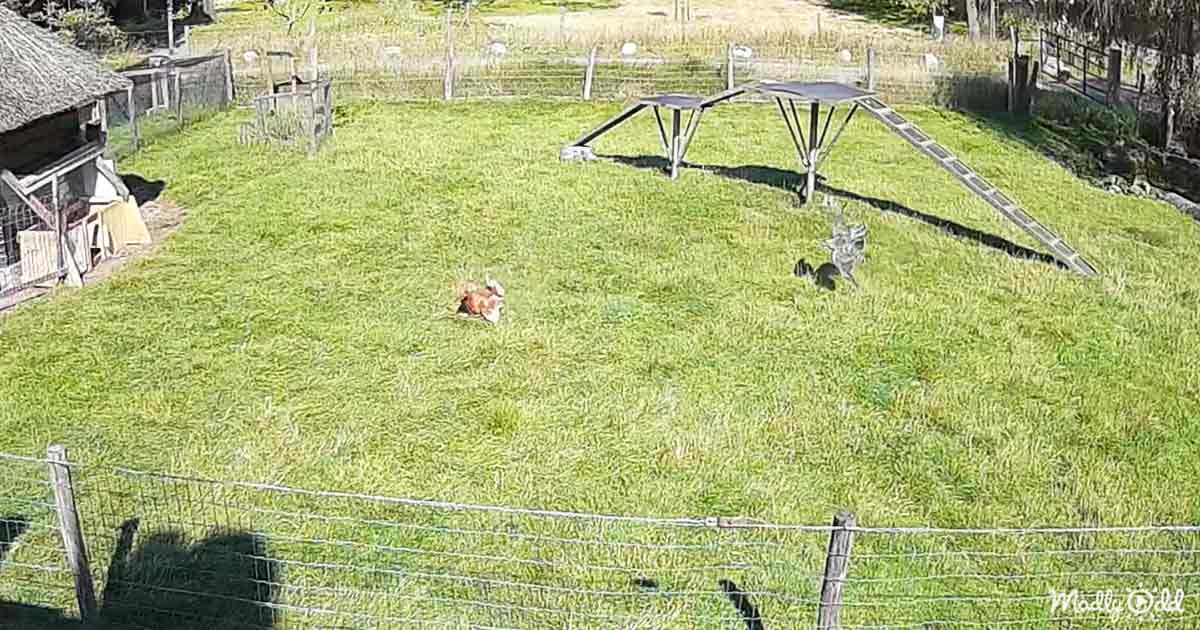 This statement was recently proved at a paddock in the Netherlands. It was a bright sunny day, and everybody at the farm was busy with their work. A hen stood in the middle of the paddock trying to find some grains to eat, while a goat and a rooster stood at a distance, minding their own business.

Suddenly, a hawk decided to swoop down and attack the hen. The poor hen put up a great fight with the predator. Unfortunately, it was a lost cause for the hen. The poor bird also lost plenty of feathers in the war. Thankfully, the odds suddenly turned in the hen’s favor. 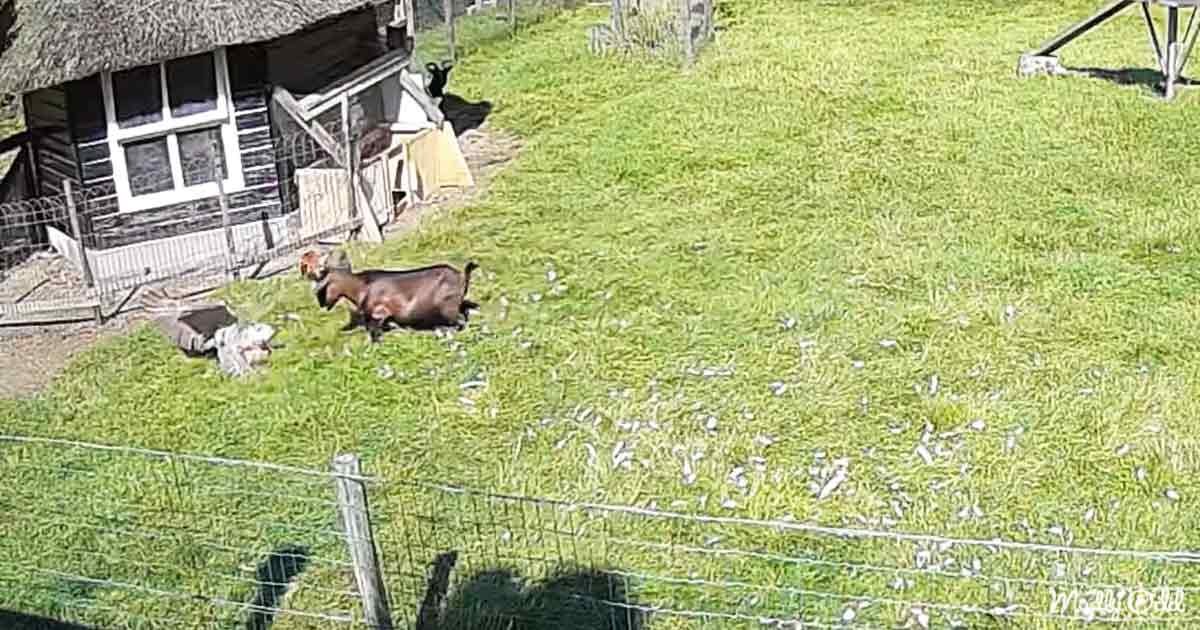 When the rooster realized that his hen friend was in grave danger, the rooster rushed to save her. But unfortunately, the brave rooster didn’t think twice about the danger he was putting himself in. Seconds later, the goat also decided to join the rooster in saving the hen.

Despite the hawk’s sharp claws and pointed beak, the predator was no match for the duo. The rooster and the goat finally managed to fend off the hawk. Eventually, they saved their paddock friend’s life. 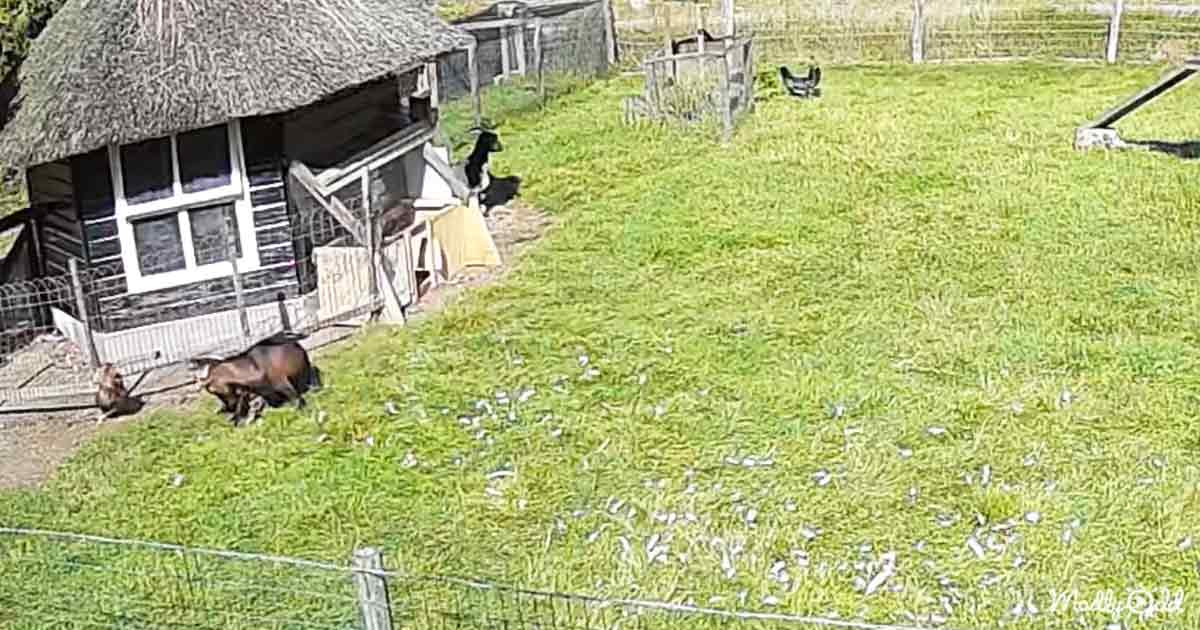 Jaap Beets was the owner of the farm. He revealed that he learned about the incident from the CCTV camera footage. However, since the incident didn’t last long, he had no time to save the hen.

Beets said that such an incident wasn’t something new for him. In the past, a turkey and a goat saved a chicken from getting assaulted. He was proud to have such helpful animals at his farm. 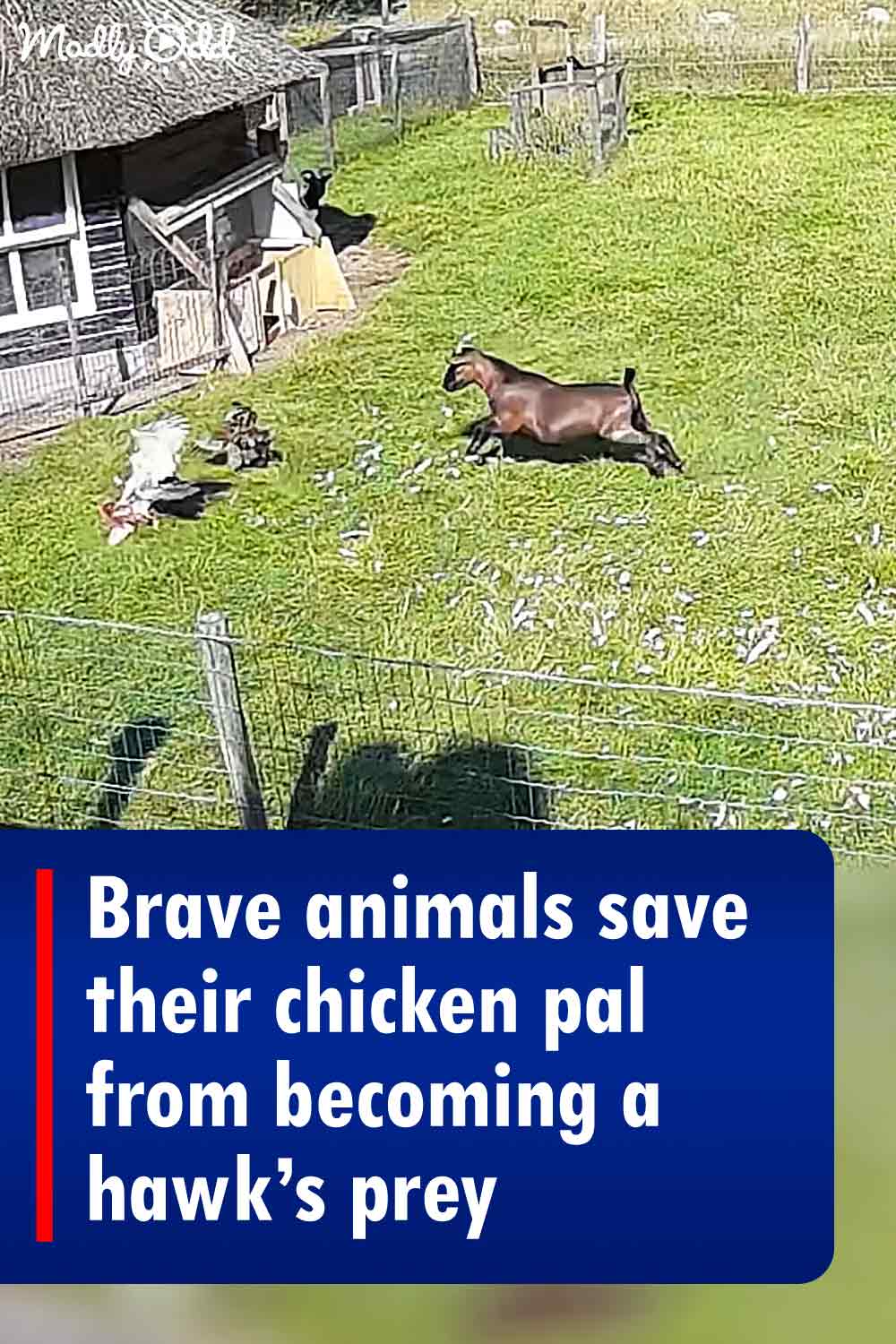