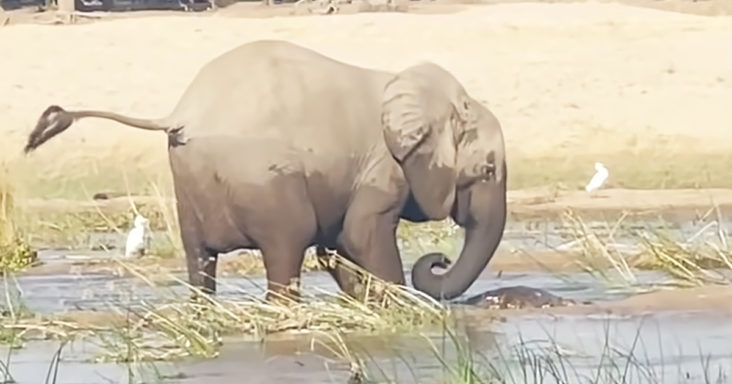 Elephants are usually known for their calm nature and are rarely aggressive unless provoked. On a safari in Zambia, Africa, a tourist filmed an elephant going head to head with a crocodile.

Eelephants are known to be incredibly caring and peaceful animals. However, female elephants can be hostile in some situations, such as if their calf were in trouble or attacked by another animal.

There have been several sightings where an elephant has attacked other animals such as buffalo or rhinoceros to protect her little one. One elephant even threw a hippopotamus in the air. 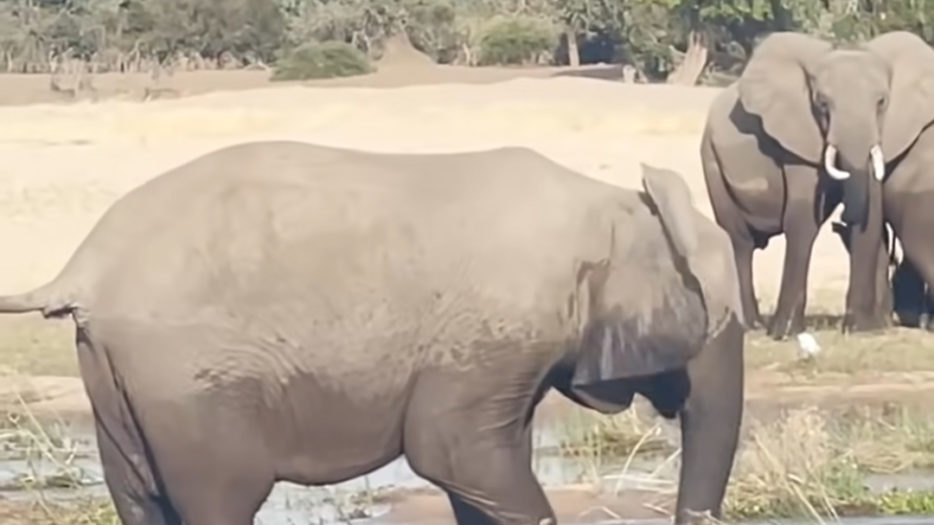 However, this mamma elephant had her own reasons for hurting the crocodile. As everyone is aware that crocodiles never leave an opportunity to hunt. They are known for their habit of harming baby elephants as they make easy prey.

The mama elephant did not want the crocodile to hurt her baby and was not taking any chances. She was not happy to find the crocodile in proximity with the young one.

She was just trying to protect her innocent child, and hence she started to push the crocodile with her strong head and trunk as she did not have tusks. She was furious and trampled the reptile until it stopped moving.

The mamma elephant tossed the crocodile around like a ragdoll as though it weighed nothing. This is one of those scenarios that reminds us not to mess with a mother elephant!