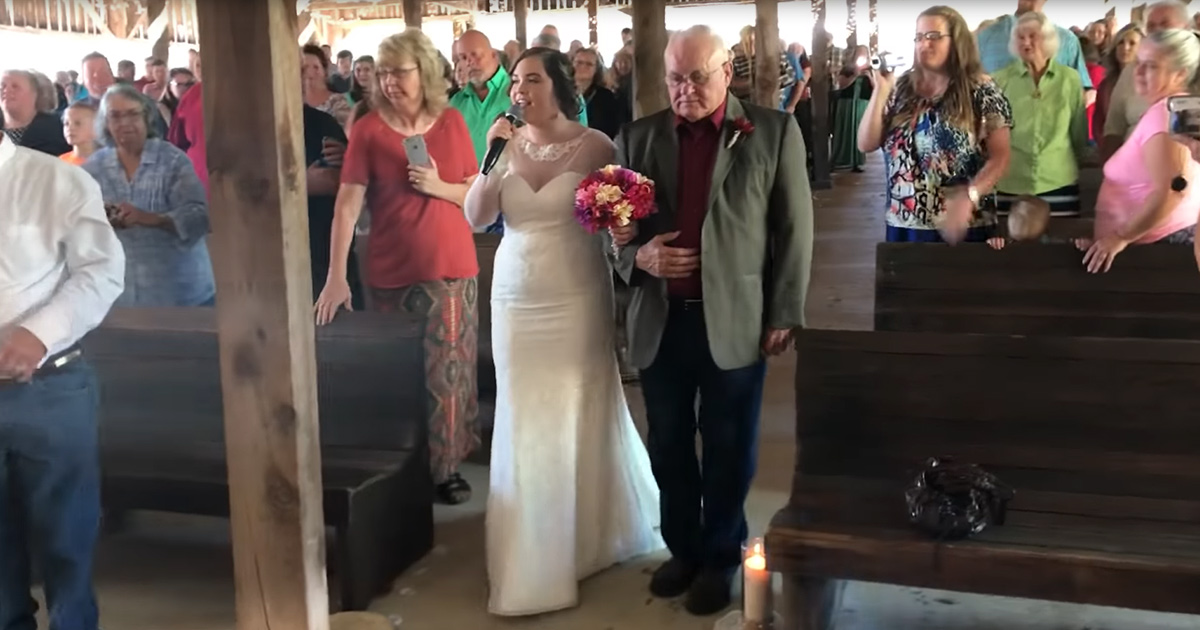 If you were asked to name the top three most iconic love songs of all time, we’re sure Elvis’s smash hit “Can’t Help Falling in Love” would make the cut. The legendary ballad was initially released in 1961 and is still a fan favorite today.

While it’s been covered by artists like Twenty-One Pilots, Boby Dylan, and Neil Diamond, one tear-jerking cover was done by a woman named Allison Dyer Thurman. She chose this song as the one she’d belt out while walking down the aisle.

Allison was about to marry her high school sweetheart, Jason Thurman Jr. when she knew she wanted to make her wedding as unique as could be. She’s always displayed her love through singing and thought a song would be the perfect way to show her devotion to her future husband.

As she walked down the aisle, her beautiful voice filled the room. Jason said as soon as he realized it was her, he couldn’t help but burst into tears. You can feel the love in the air as you watch these two lovebirds tie the knot.