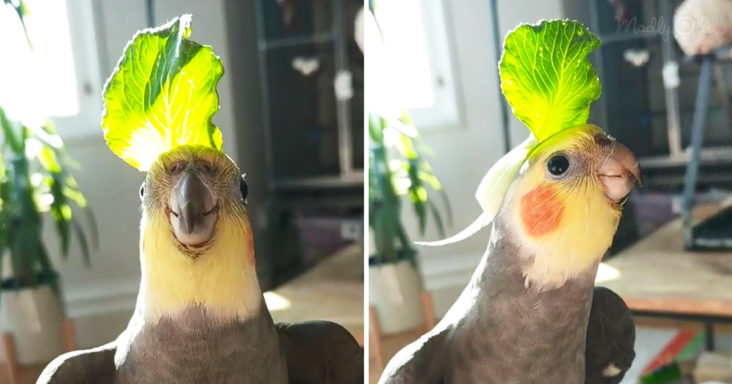 Training an animal could help it do things other than basic biological functions. For example, A dog could be trained to help people with disabilities. However, animals that do things humans train themselves to do are exceptional.

In a short video, a happy cockatiel named Crumpet is seen singing. He had a leaf, green like Peter Pan’s hat, placed loosely on its head. The upper peak of the hat was slightly above his head, looking like a dish.

He whistled softly, taking vocal breaks and singing on. At some point, Crumpet slightly opened his wings. It seemed like he wanted to fly and sing—a carefree bird with no worries. 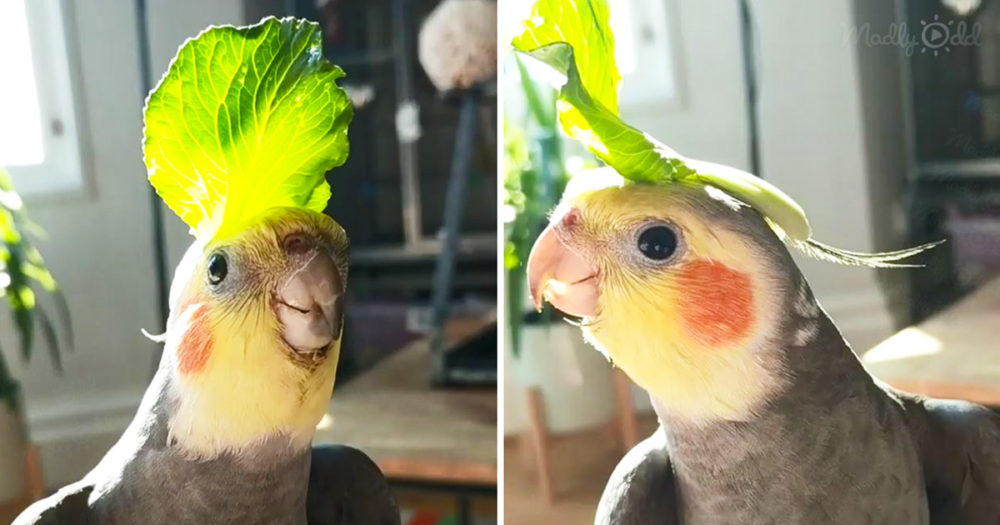 Crumpet enjoys singing and doesn’t bother when his owner places a hat on his head. The hats are made from veggies; some are styled like the old school and others are futuristic.

He had a bok-choy hat for his performance. He had light yellow feathers, like warm sunlight, from his neck up to his crow and grey feathers covering the remaining body parts.

Crumpet’s appearance would make you smile with a red patch on his cheek, looking like a blush. The bird ended the song on the note he started with. Birds are natural-high-pitch singers.

Cockatiel, quarrion, or weirdo bird, is a breed of parrot. Their small size makes it easy for them to be kept as household pets. With a lifespan of about 10 years, you are sure of getting good songs on key.