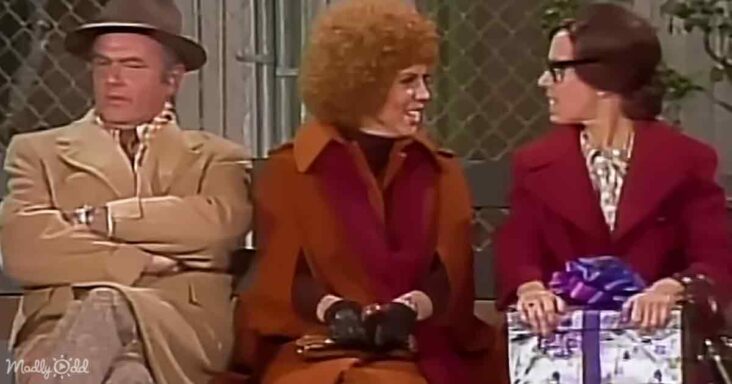 ‘The Carol Burnett Show’ had a funny sketch called ‘What’s in the Box?’ Carol walks to a bus stop wearing a red coat with glasses on, and her hair is in a bun. She sees a box, looks around and starts to prance around the box while staring. Then, Carol sits next to it. 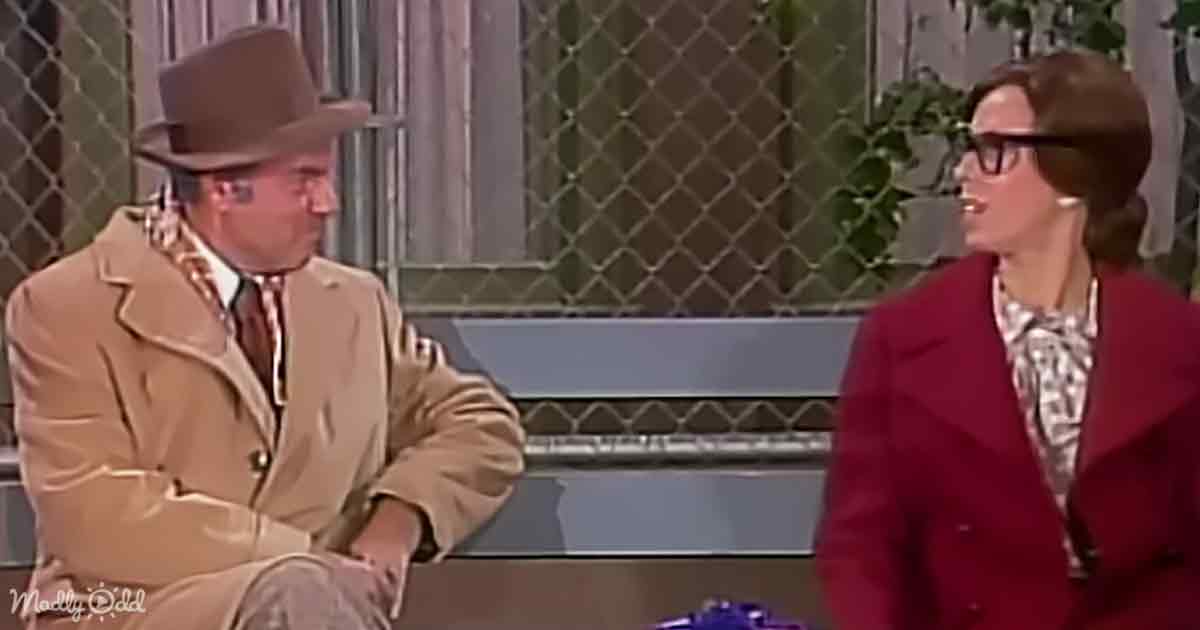 Harvey walks in and asks if Carol knows the bus schedule, and she says it runs on the half-hour as she grabs the box and slowly pulls it closer. Harvey sits and asks what Carol has in the box.

Carol says, “Just a little something.” Then, Harvey says he recognizes the paper, and it is a very expensive product. Carol shuts him down and another woman, Vicki Lawrence, walks and sits down. She makes a big deal about the gift, and Carol says loudly and quickly that it is an anniversary gift for her Uncle and Aunt, who have been married for 23 years. 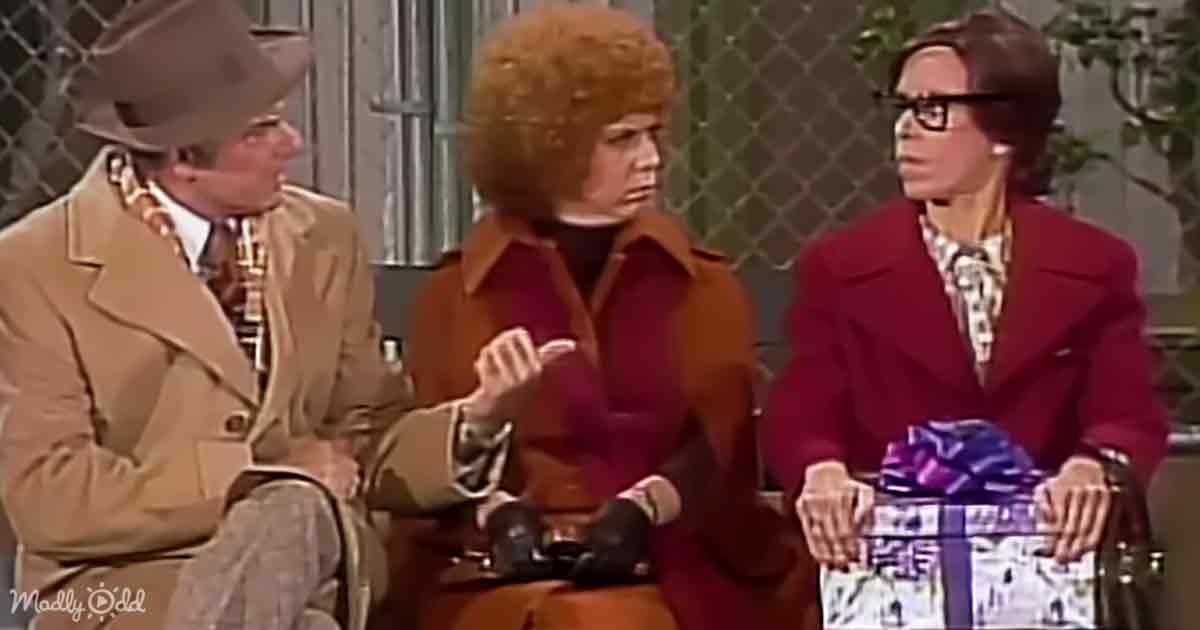 Harvey and Vicki continue to press Carol, and she stumbles on her words while defending herself, saying it’s for her cousin and her husband. The other two get suspicious and ask why she’s changing her answer. Carol defends herself by saying she changed her mind.

A cab pulls up, and the other two offer to split the cab, but Carol refuses and waits on the bench. Her young student walks up, and they both acknowledge that they share the same bus to school. 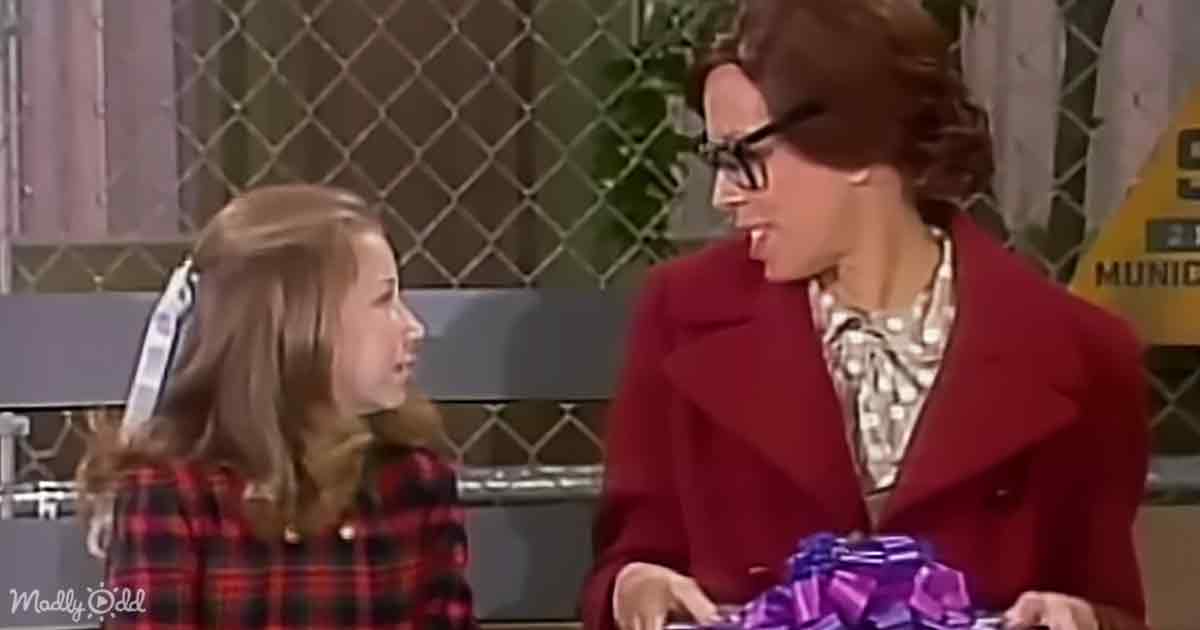 Her student starts to ask Carol a question, but Carol cuts her off and ironically says, “Your composition on ‘Honesty is the best policy’ was totally unsatisfactory.” The crowd laughs at the irony.
.
The student gets Carol to open the box, and she is shocked to find a tape recorder, and it’s on. The student says it is her recorder, and she says, “I can’t wait to play it back to the class this morning.” The audience loves the funny sketch from Carol, Vicki, and Harvey. 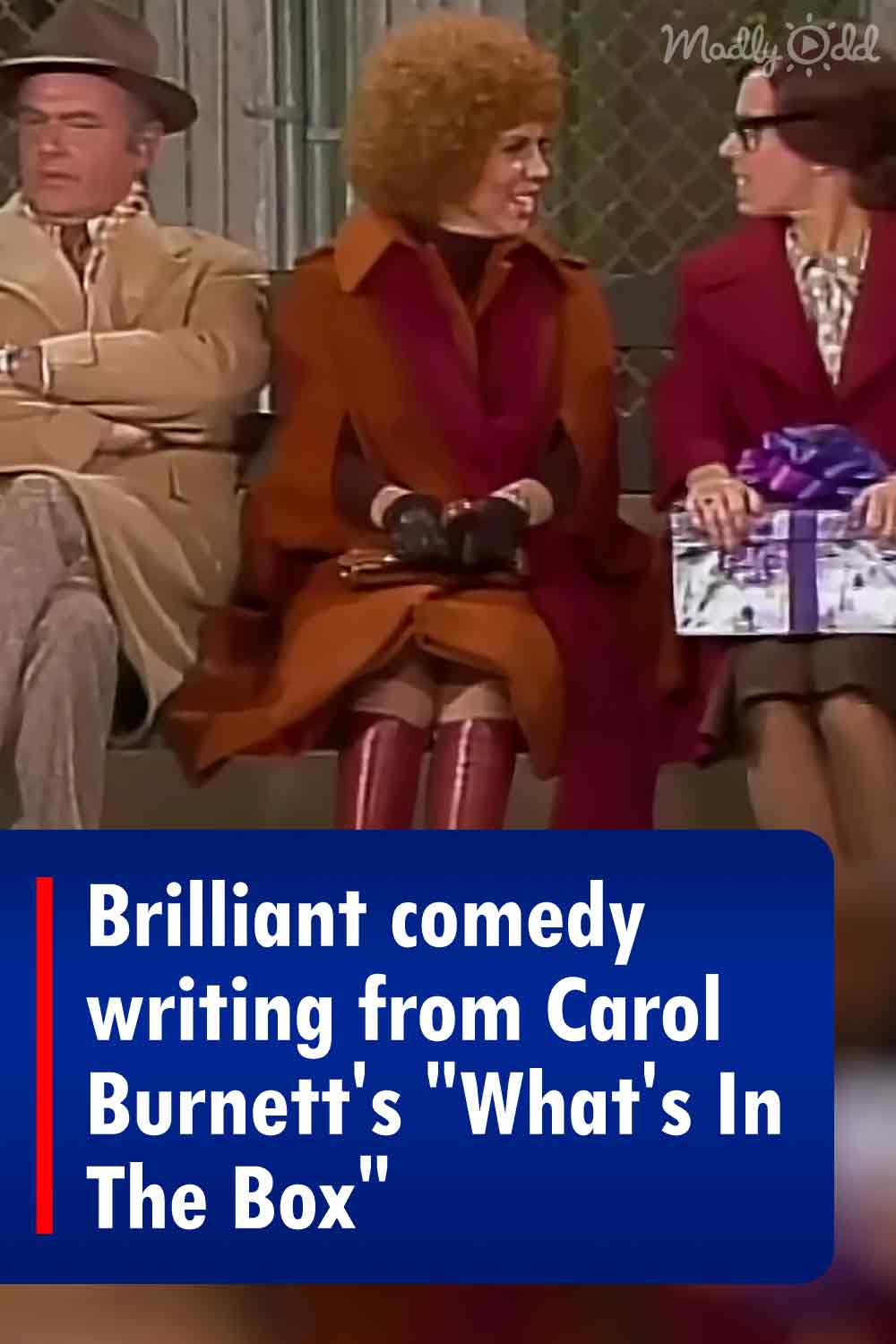