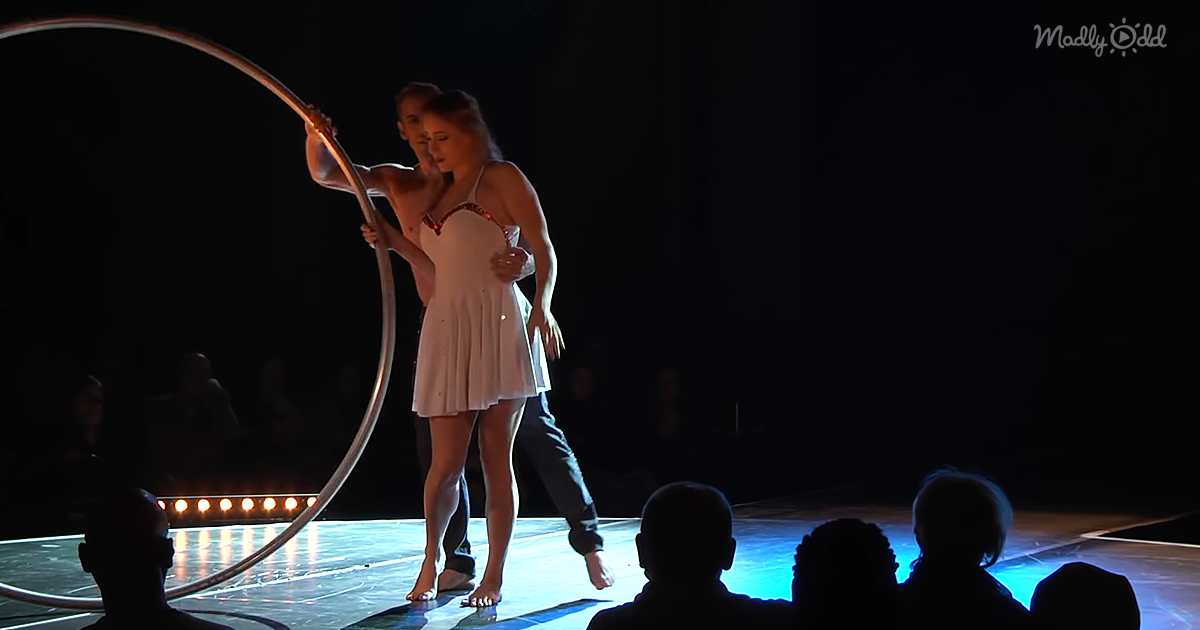 Extraordinary Cyr Wheel Routine by talented duo mesmerizes a crowd enveloped in a romantic ambiance. Countless hours of practice transform into an exhibit of talent and beauty that’s an equally magnificent showing of trust.

The duo Francis Perreault and Lea Toran Jenner met each other in 2011 at the Ecole Nationale de Cirque in Montreal. It didn’t take much time spent performing together to pursue a journey as a duo. With time came their own unique style, bringing rise to Cyr Wheel sensation, Duo Unity. The artists have won many awards and have performed at various events and programs, including numerous TV appearances.

The brilliant Cyr wheel act seen here was performed at the ‘ARoma’ dinner show. Their acrobatic routine included various techniques using both the inside and the outside of the ring. Although Francis began the show alone, spinning the wheel on the circular stage, Lea soon joined him. As the show progressed, their fiery chemistry is apparent. Their ability to create a romantic ambiance with graceful yet risky acrobatics using a large ring is what leaves the audience mesmerized.