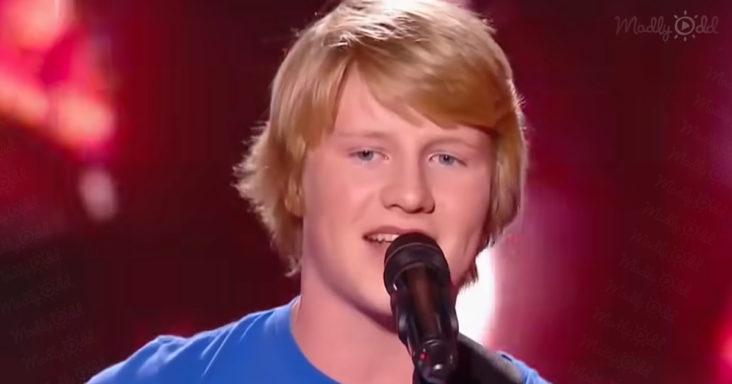 The Voice Kids is the version of The Voice TV show that only allows children between 6-15 years old. This French musical show is hosted by 4 coaches who must listen to the candidates’ audition without seeing them.

In this video, season 5 of The Voice Kids, the coaches are Jenifer, Soprano, Patrick Fiori, and Amel Bent. Here, Alexander performs a rock classic “Johnny B. Goode” by Chuck Berry.

Alexander is dressed in shorts, a simple blue t-shirt, and sneakers. In his hand is a turquoise and white electric guitar. Starting with an expecting and quiet audience, Alexander begins to strum on the strings. 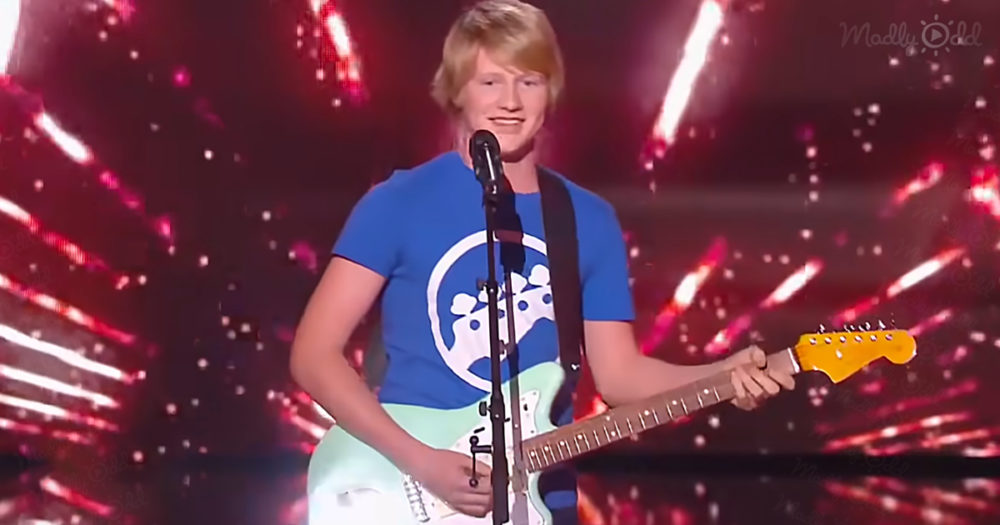 All the coaches enjoy his introduction as they dance to his music. Alexander has a powerful voice that rouses the crowd and causes the coaches to sing along. While dancing, Amel Bent and Jenifer look at each other in awe of the young man’s skill.

The second verse is enough to get Jenifer to smash down the button and swivel her chair. She turns about, dancing and shaking her hips to the rock-n-roll classic. However, the other judges are waiting to hear what they’re looking for.

Patrick has heard all he needs to, and his own chair swivels. Just like Jenifer, he is dancing to this version of “Johnny B. Goode”. Jenifer runs towards him, and the both of them waltz across the arena to Alexander’s music.

Although the remaining two judges don’t turn their chairs around, Alexander is very happy with his performance. And so is his family backstage, and the crowd watching him. They give him a standing ovation.