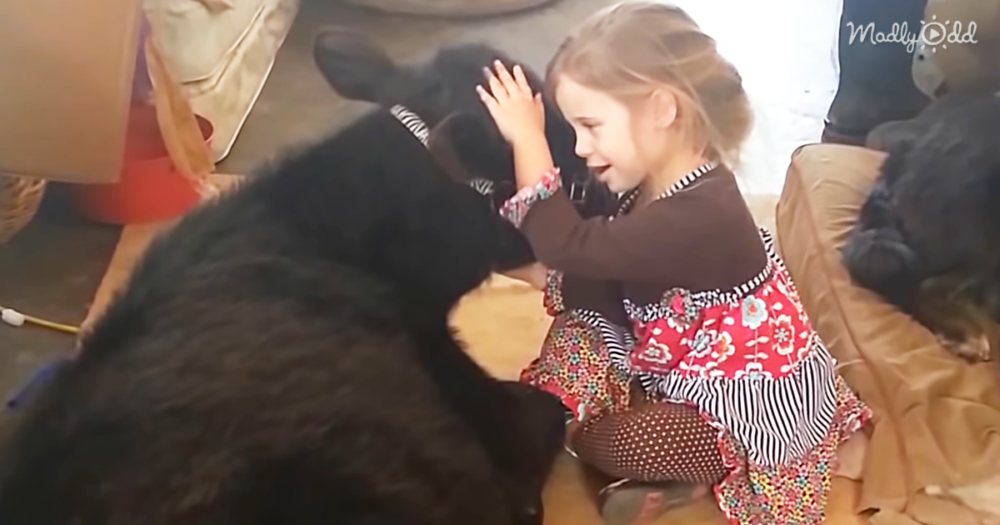 Living rural life can be entertaining at times. There is often a close relationship with some of the animals, if not all, that are scattered around a small farm. One mom, though, found that her daughter was a bit too welcoming with one of their ‘outside’ animal friends.

Imagine coming home to find your five-year-old chilling out with one of the family cows; inside the house. It seems unreal to even envision, but that’s exactly what happened to this mom. Mom did the right thing and decided to give her daughter a chance to explain herself and come clean. But that’s not what she does. 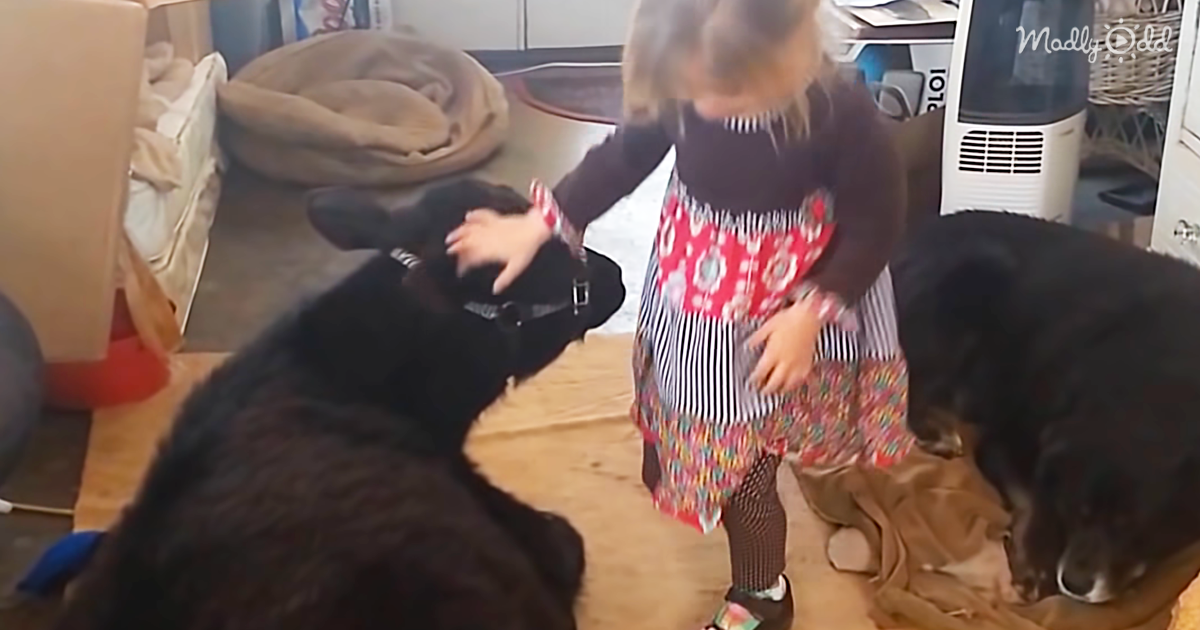 The daughter instead comes up with hilarious excuses for how the cow came inside; she wasn’t going to admit her wrongdoing in this case at all. Her excuses are really funny and adorable. At first, she tries to say that the cow came in when she wasn’t looking. But when mom doesn’t look convinced, she tries to remind her how good of a daughter she is by telling a story of how the cow pooped, and she very sensibly cleaned it up.

In the end, she just uses her ace and tries to play adorable. This little girl is quite the storyteller, and mom isn’t buying any of it. Mom also doesn’t seem too upset by the cow who is relaxing in the middle of the living room, just chewing her cud. The little girl even starts cleaning up things she thinks the cow might accidentally eat like this cow is going to stay for a while. 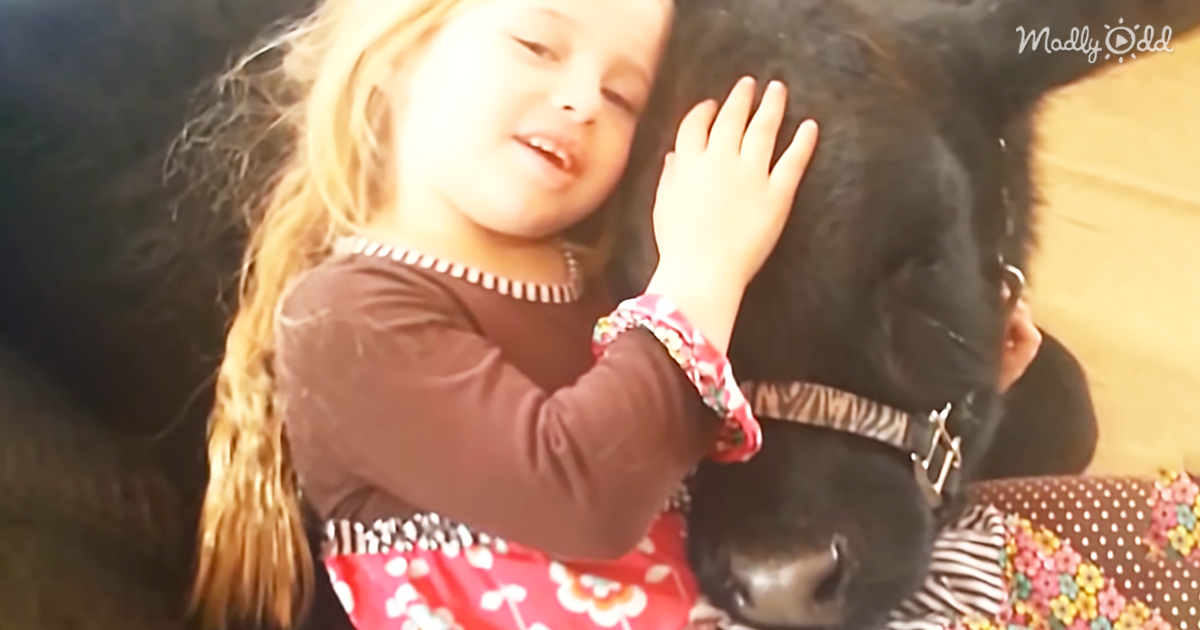 The cutest part is when the little girl gives the cow a pat on the head and then a big hug. She snuggles in next to the cow, and the cow puts her head in the little girl’s lap and looks like she’s going to sleep. I think it’s at this point mom knows she’s not going to punish the little girl. It is a good thing the cow didn’t go further than the indoor porch, though. 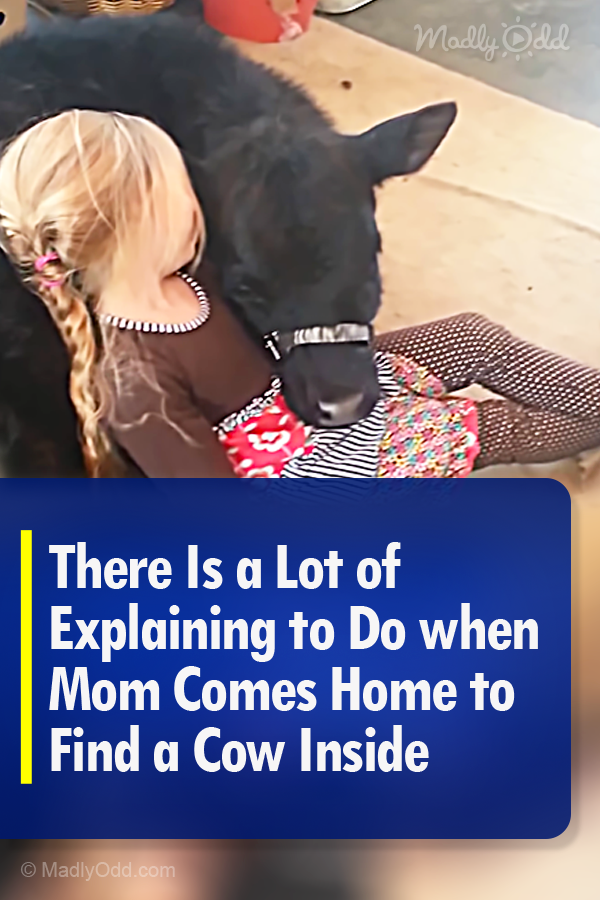