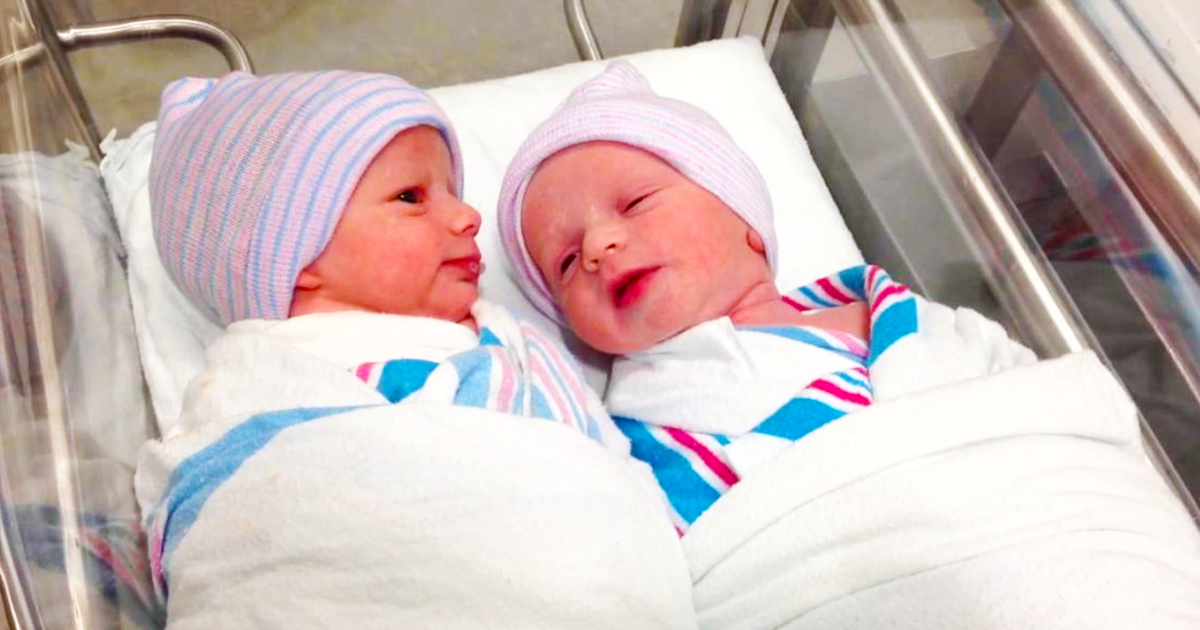 I’ve always admired twins for one thing – the head starts they get on human interaction. They spent nine months together in a place slightly more cramped than a New York studio apartment: their mother’s womb. Even though they didn’t speak in there, they certainly became aware of each other pretty early on and learned how to avoid infringing each other’s space too much “Um. Your foot’s in my face again.” “Sorry. Let’s kick Mommy’s rib again for fun.” “OK!”

The newborn girls that we see in this video are so cute while they show their connection. You can see them looking into each other’s eyes and almost reading each other’s minds. Preparation for when they get older and are in school. 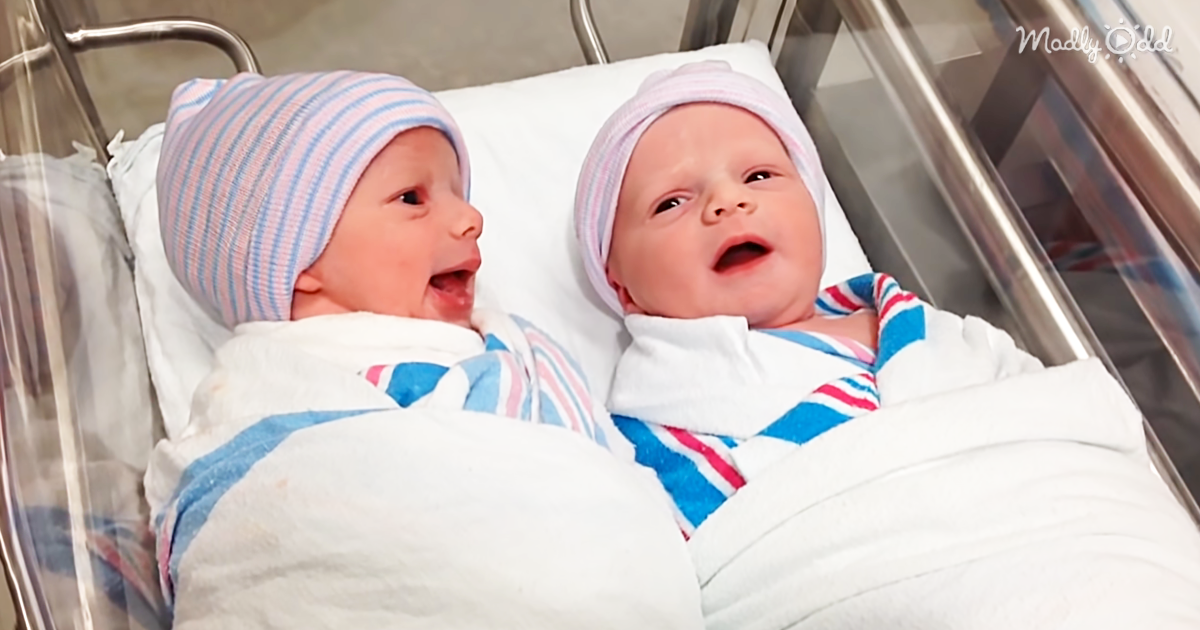 They’re wearing their newborn caps, and their daddy is filming them. He probably did that to remind himself of what calm babies looked like before he and his wife brought them home. I could almost imagine the actual conversation between these newborn twins. “Dana?” “Yeah, Dawn?” “It’s much bigger out here than in mommy’s belly.” “Yup.” “Man, they swaddled us well. I can’t move my arms…” “Yup. Me neither.” “Let’s nap.” “Cool.”

The building blocks of a lifetime of near-psychic connections have already started to be laid into place. Let’s fast-forward about 20 years after this video. It’d be interesting to see them communicate with each other then. Would they both still be as laid back as they are in this video? Maybe one might be a hyper one while the other may be the calm, serene one. But the chances are good that they will still have that bond that they did in the hospital. 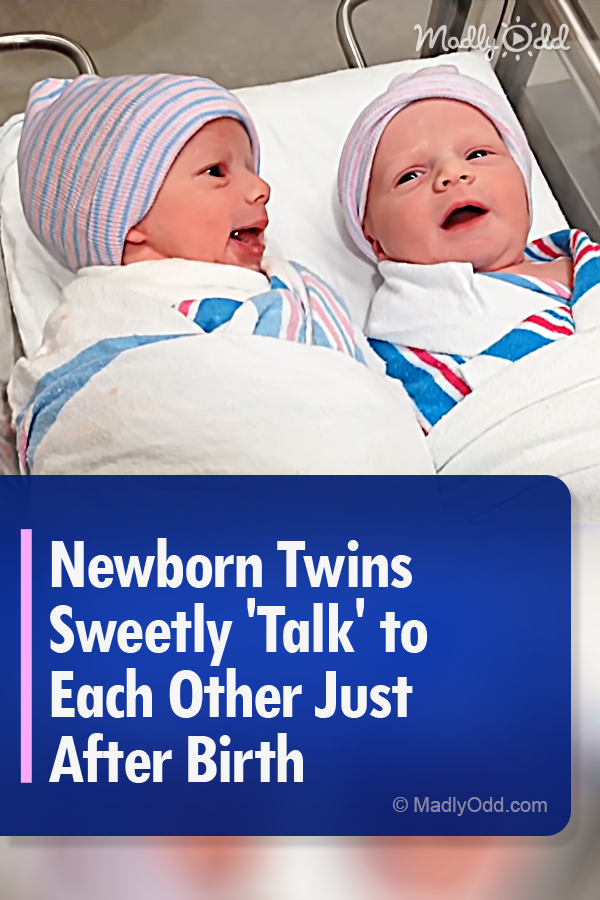