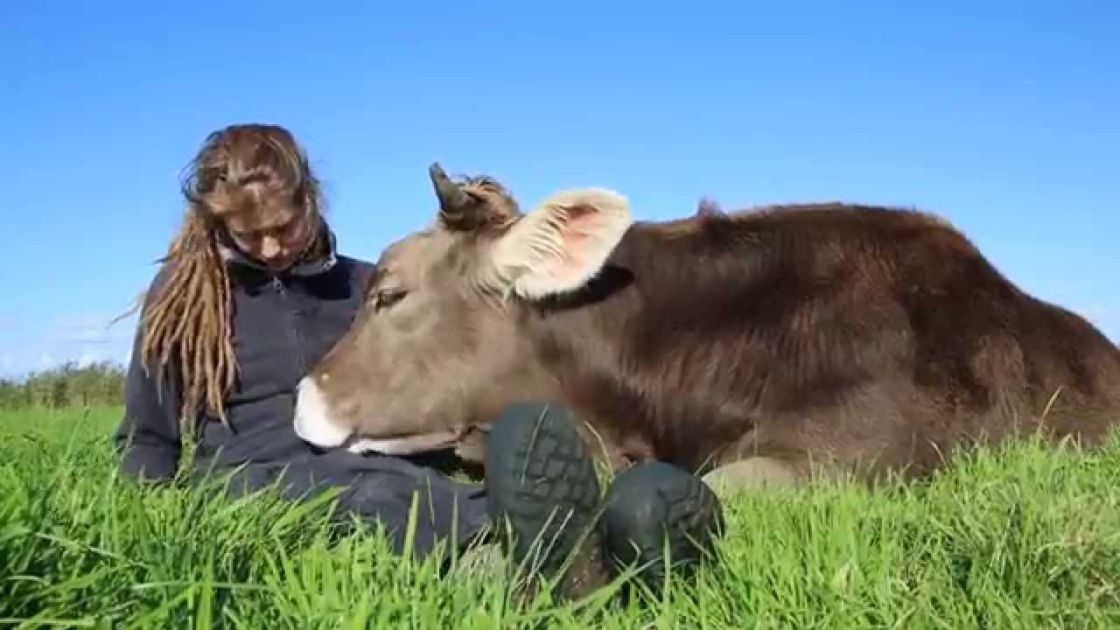 You don’t see cattle and humans sharing moments of affection together every day. It’s become less and less common for people to interact with farm animals, and sometimes we forget that they’re as sociable and lovely as any other domesticated furry friend. The video below shows a bull, Paul, who enjoys some quality time with his very best human friend on the Hof Butenland sanctuary, an animal center located in Germany.

This beautiful moment gives us a nice reminder of the beauty that farm animals can bring into our lives. When people imagine bulls, they always picture a fierce and dangerous creature that could kill them at any moment if they’re not careful, so it’s hard to accept that bulls don’t actually have that character by nature, but by force. 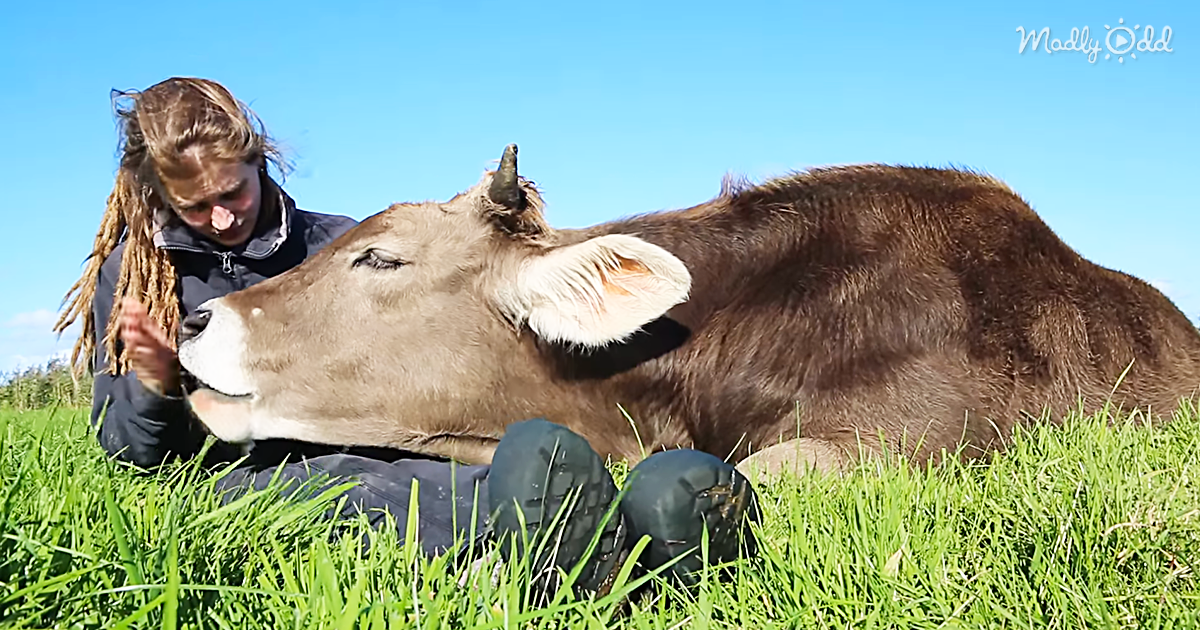 When left on their own and in peace, bulls can be gentle like Paul. Paul can even be seen licking his human friend, exactly like a dog would. If a dog weighed 500 pounds, that is! The bull even leans into the woman and asks for some pats on his head, and honestly, would you be able to deny them to him?