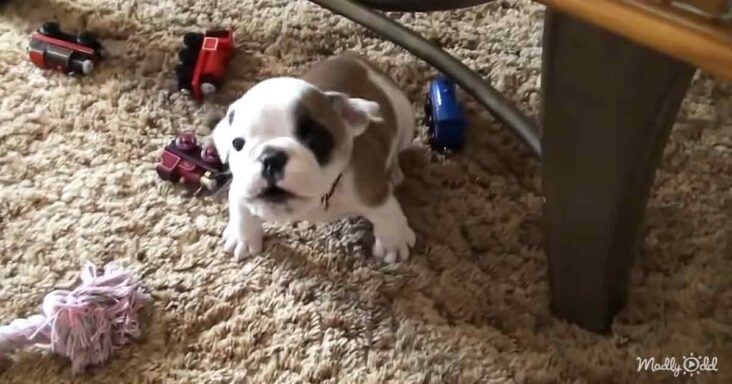 Being a little dog amongst humans can sometimes be a tricky situation. They have to try hard to make their owners understand their needs. They also find it very challenging to climb on couches and beds on their own. 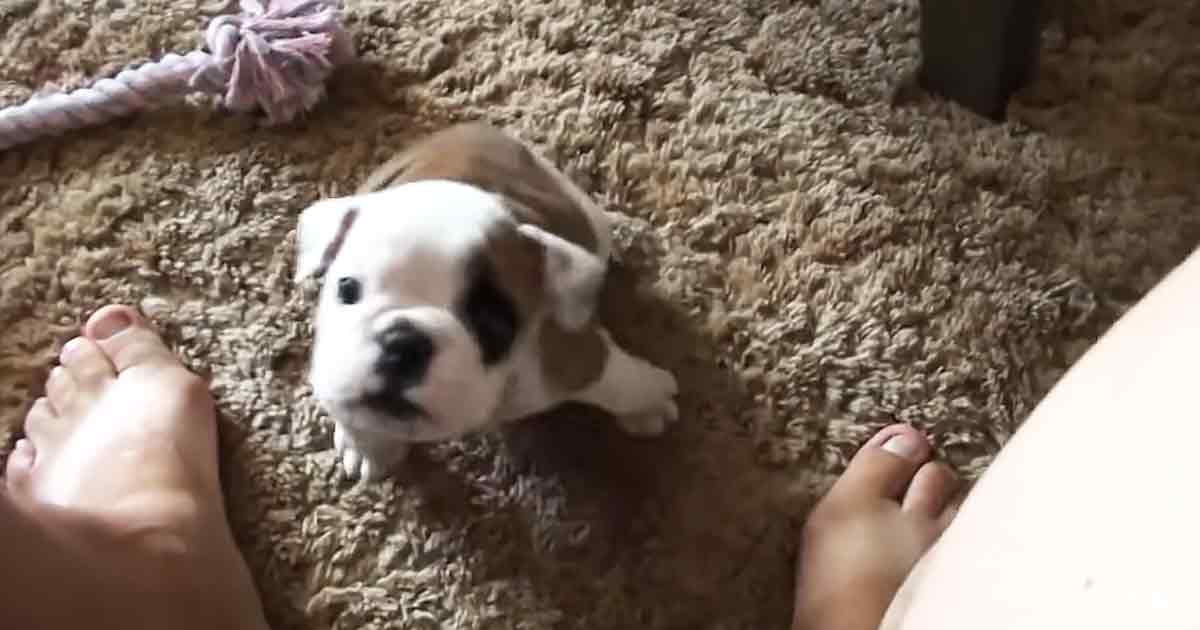 Nonetheless, little dogs can be very adorable and cute. One such dog was Greta. She was a Bulldog puppy and was not afraid to make her want to be known to her owner. Her owner called out to her from a couch.

Greta trotted near her owner on a carpet filled with her toys. Although she decided to sit between her dad’s feet, her owner had other plans for the pup. First, he instigated her by making barking noises. This made little Greta come up with her cute barks and snarls. 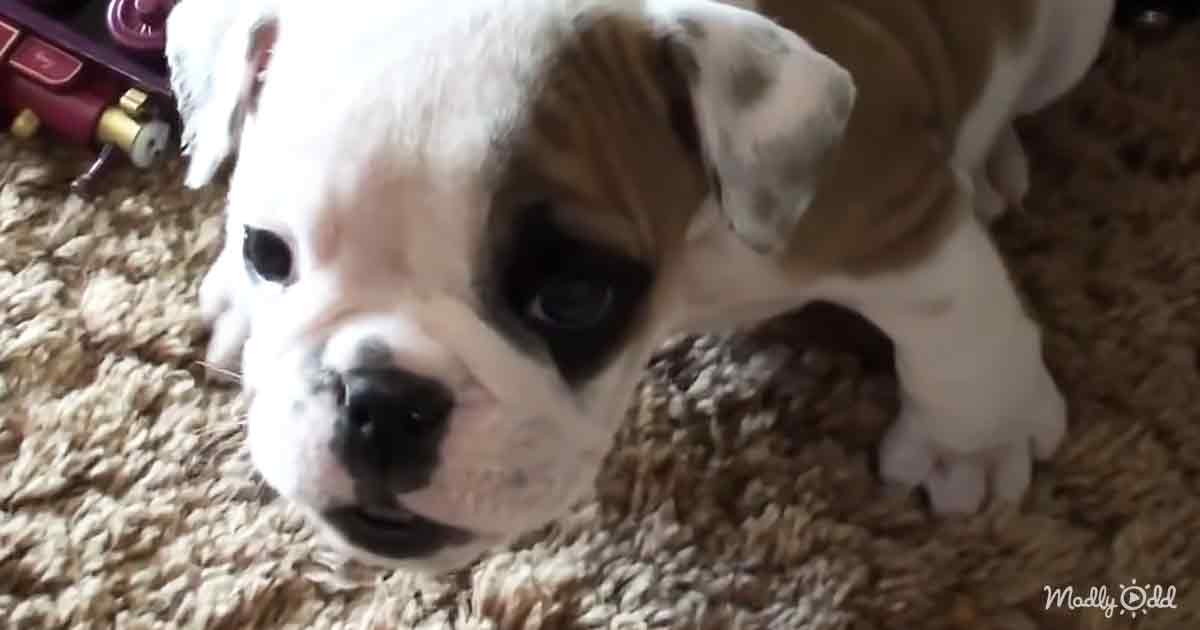 Greta’s dad tried to verify with her whether she liked him calling her Greta or not. At this point, the Bulldog puppy began jumping a bit, accompanied by her continuous barks. This proved that she was in a playful mood and wanted to play with her dad.

Bulldogs, by nature, are calm and courageous dogs. Unlike their facial appearance, Bulldogs are very friendly. However, they have scowling faces with smug looks. The look would make people think that Bulldogs are tough and menacing. 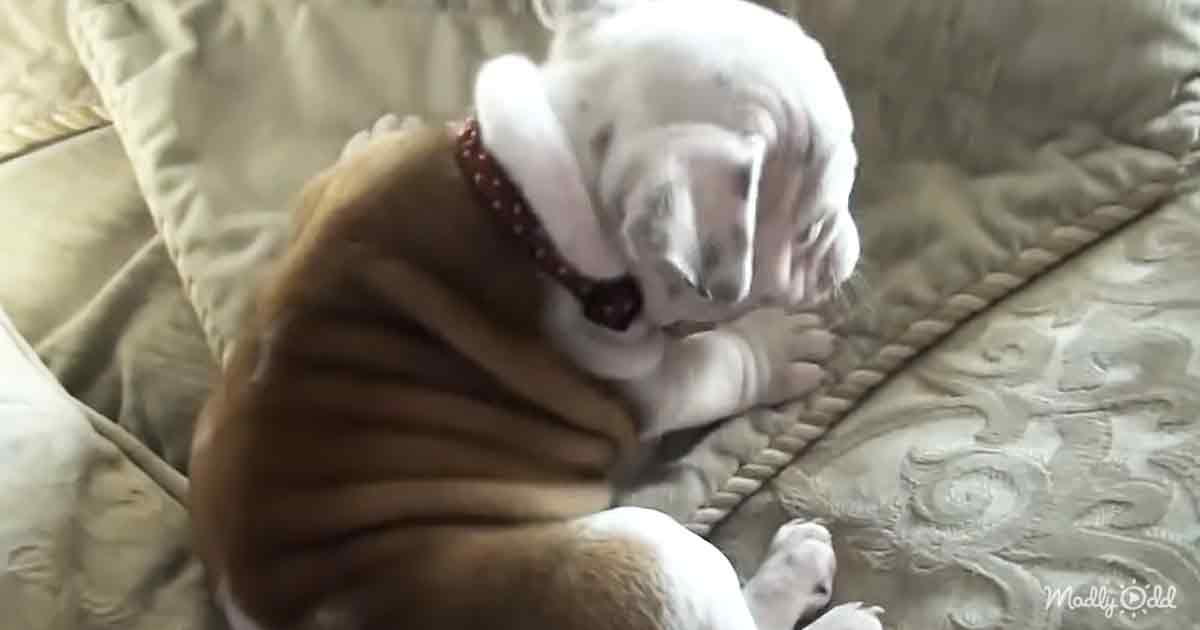 On the contrary, little Greta was hilarious and adorable. She was a natural fighter and was always doing tantrums. In other words, she never stopped herself from trying to achieve what she wanted.

After jumping around a bit, she accidentally hit her head against the table leg. This prompted her dad to pick her up and place her next to him on the couch. Of course, this made the cute puppy happier than she was down on the floor.