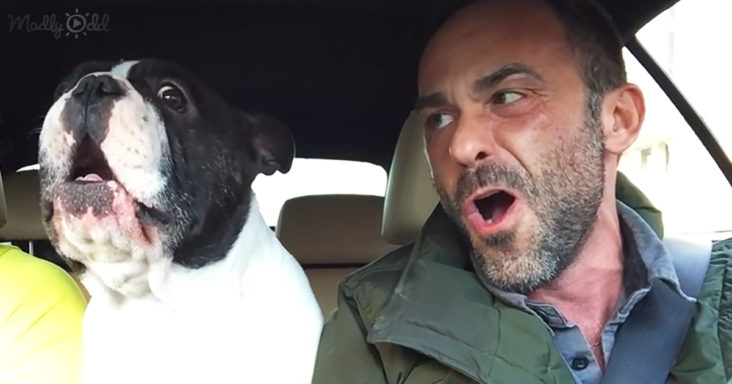 Pets are super cute when they sing. Their composure—head straight up and mouth wide open—is a sight to behold. A family of three share an adorable moment with the world in a short video.

A family of three, two men and an adorable french bulldog drive slowly while enjoying good music. Booming softly from the car’s stereo was “Time to say goodbye” by Andrea Bocelli and Sarah Brightman.

The driver, Walter, smirked at the dog, prepping it to sing along. The other guy had his hand over his heart as the sweet instrumentals played. They were ready to sing. 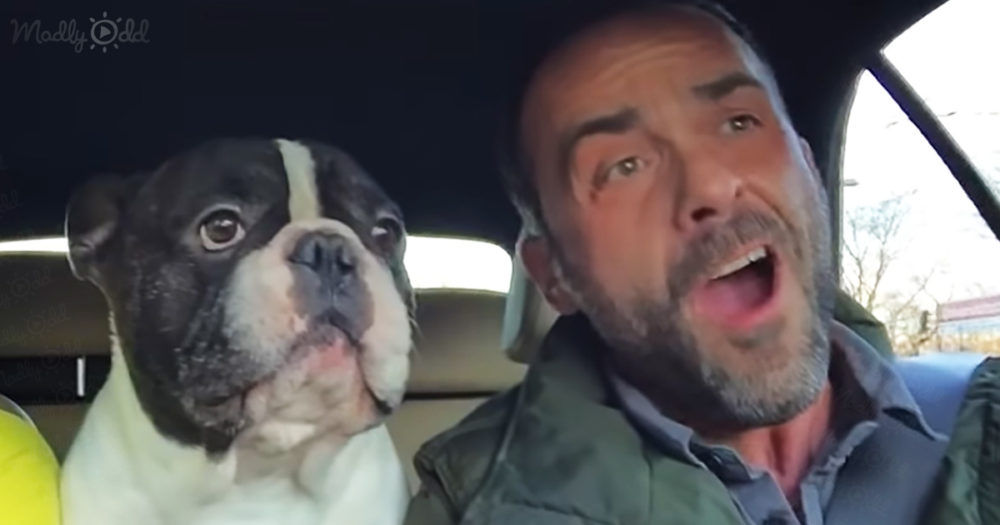 Walter voiced the first few lines heartily as the car stopped for a while. Junior, the bulldog, yawned. Its mouth was wide open like a trombone, letting out a high pitch note.

Driving on, the trios were deeply in tune with the song. Junior was like an instrumentalist accompanying the band with mellow sounds. There was laughter, and it was a melodious moment.

Walter had his fingers move like he was playing a piano. Andrea Bocelli’s part of the song was incredible. Sonorous sounds and rolling drum beats flowed, making the trip fun.

As the music intensified, the dog howled repeatedly. Walter sang with a deep voice. He swayed his hands at his throat like he was out of air. But he sang to the end with great passion.