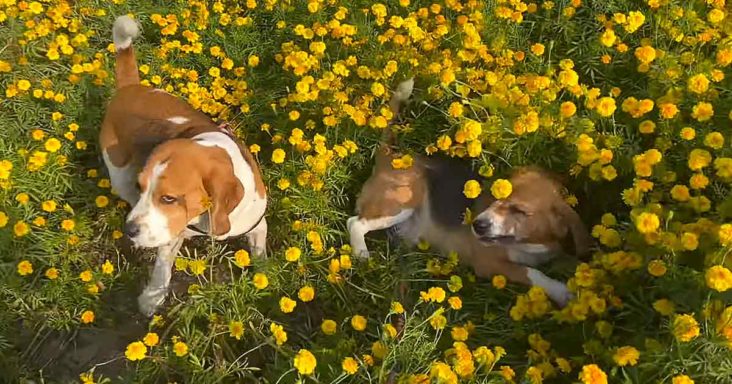 Leo, a cute and funny beagle, recently met his new friend Oscar, also a beautiful brown beagle. They visited a garden where both of them played together like little toddlers. 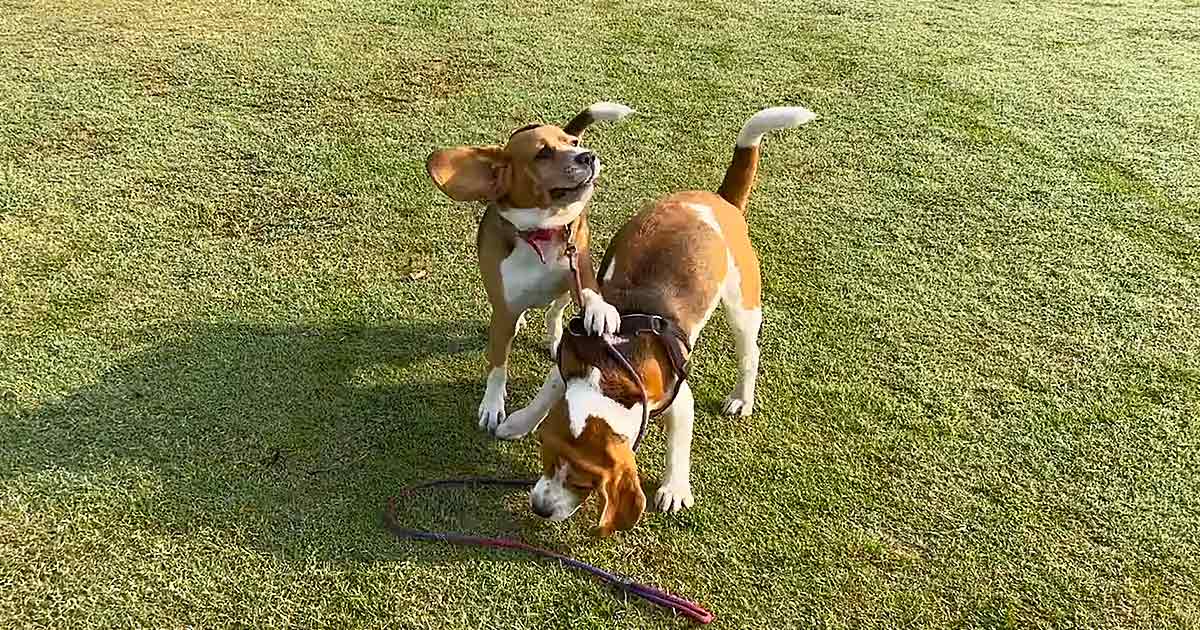 Leo, wouldn’t let go of his friend. Later, the little ones decided to jump into the garden area filled with beautiful yellow flowers. Unfortunately, the two beagles chose to destroy the flowers and wanted to play with them. 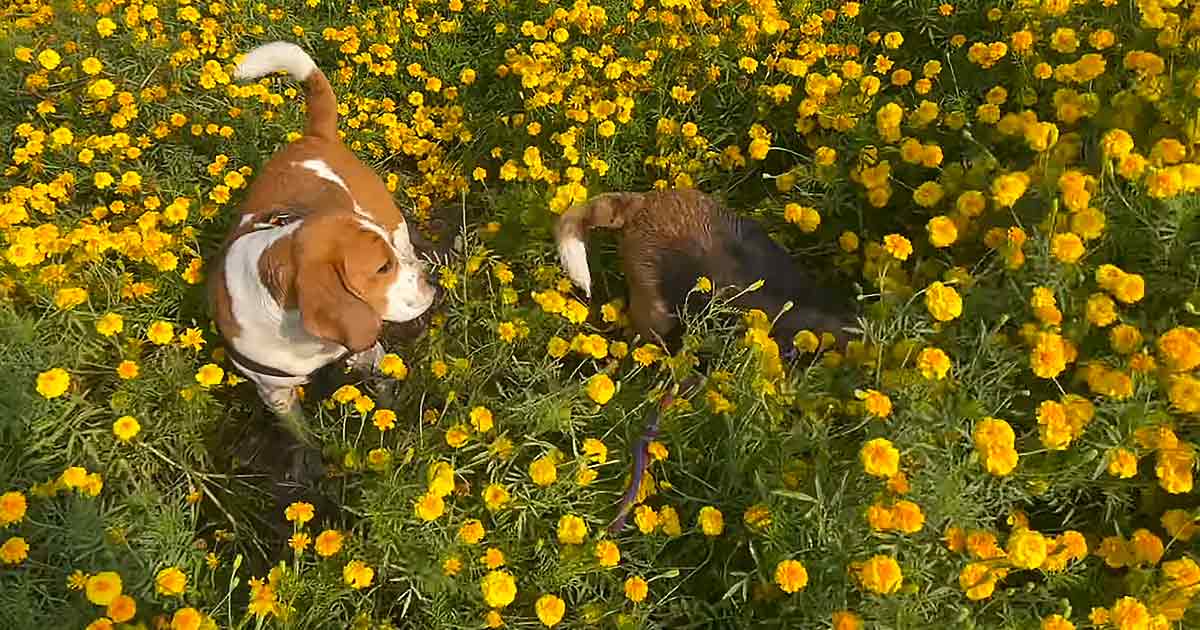 The dog grabbed the ball in his mouth and wanted to play fetch. But he wouldn’t allow his owner to take the ball from him. The playful owner wanted to get the ball so that she could play with her pets.

But it was useless. Leo was not in a mood to give the ball back to his owner. Leo showed displeasure when she came close to getting the ball from him by barking at her. 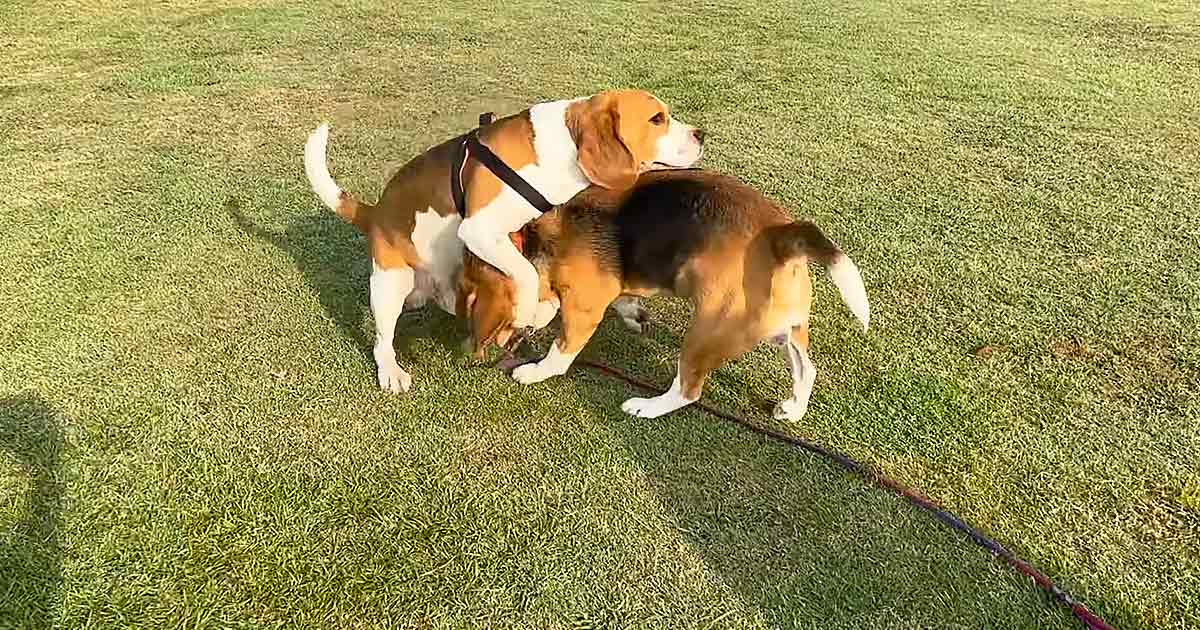 The owner still wanted to play with Leo even if he wouldn’t share his toys with her. The kind owner kept touching the dog as if she wanted to play hide and seek with Leo. However, he just wanted to be left alone.

The owner gave up on playing with Leo, but Oscar was not done with him yet. He climbed on top of Leo and continuously disturbed him. Wherever Leo went, Oscar followed him like a shadow. However, the only thing Leo wanted was his ball. It was a fun-filled day for both the dogs.